An ocean of devotion The grey mountains reverberated with Buddhist chants as the Dalai Lama descended in Diskit in Nubra Valley, at an altitude of 3,144 m, during his month-long annual visit to Ladakh in July. A scene at the Dalai Lama-led prayer meeting at Diskit during the celebration of a festival at a local monastery 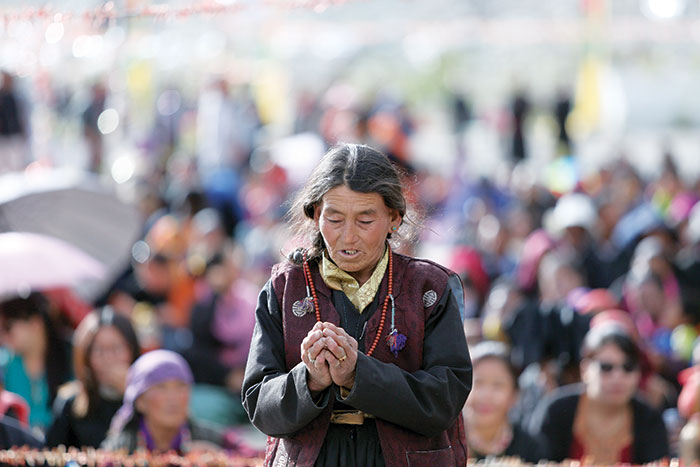 A Ladakhi village woman in deep devotion at the prayer meeting. 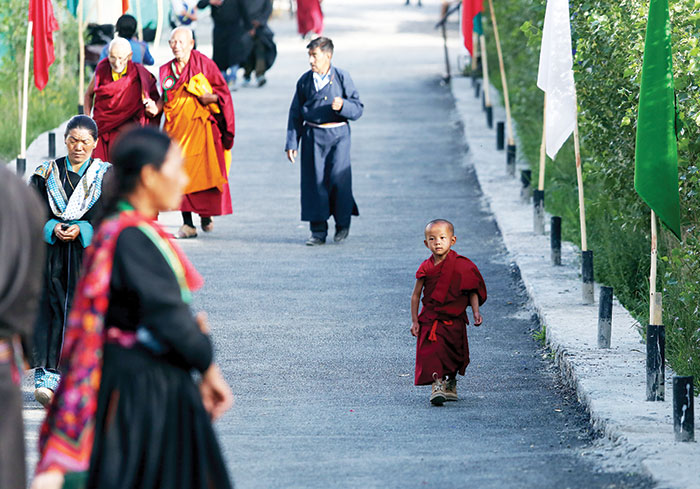 Ladakhis of all age groups coming to seek the blessings of the Dalai Lama at Diskit. The village is located close to the world’s highest battlefield, Siachen, and not too far from the actual Line of Control along China. PLA soldiers are locked in a stand-off with Indian soldiers at Doklam near the Sikkim-Tibet-Bhutan trijunction. 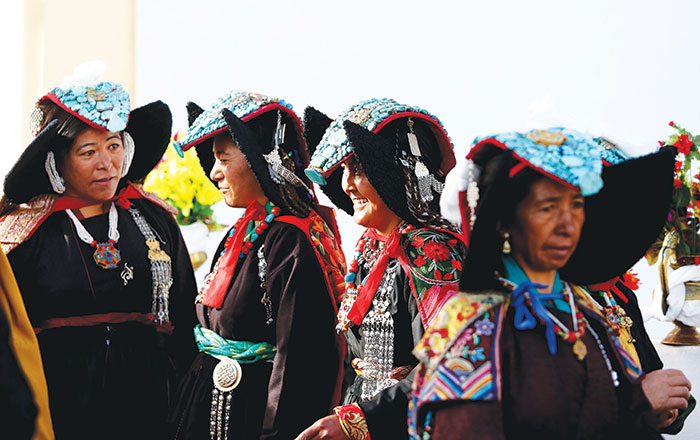 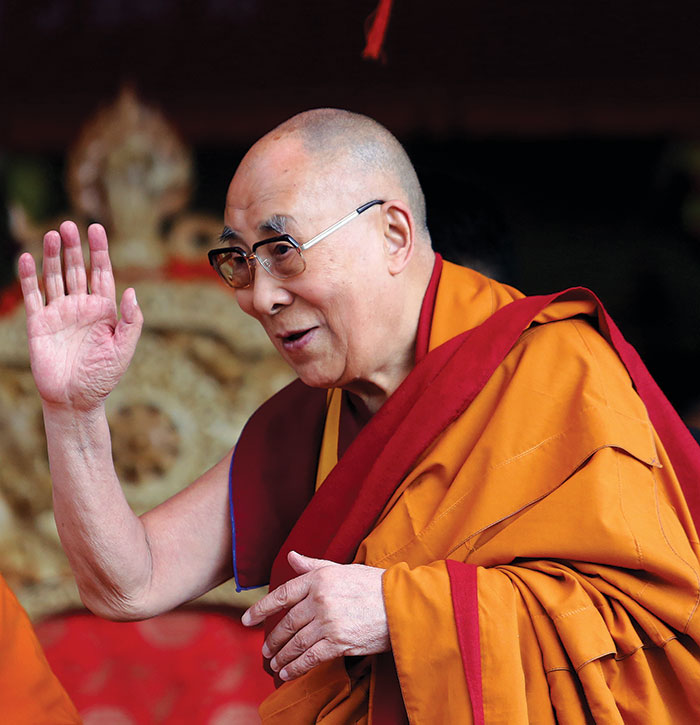 The Dalai Lama blesses the people at Diskit. The Buddhist spiritual leader celebrated his 82nd birthday on July 6 in Leh which has a sizeable population of Buddhists, including Tibetan refugees. 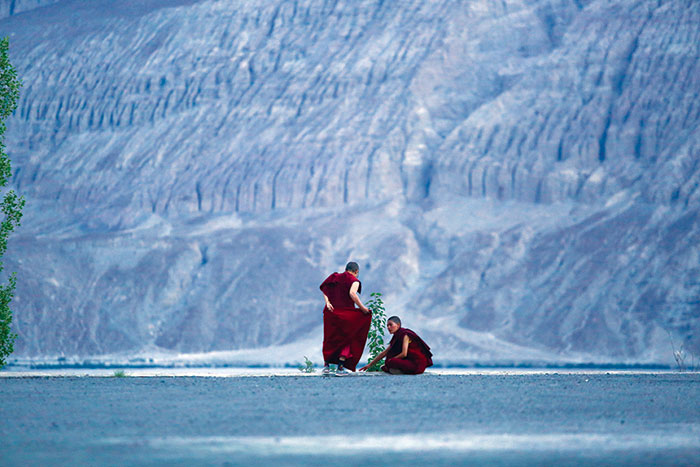 Two young Lamas on their way to the festival and the prayer meeting.