Labour laws are not a problem to industrial development Raghwan, a Fiji-born former trade unionist, is a senior specialist at the Geneva-based International Labour Organisation (ILO) and responsible for trade unions in Asia and Pacific in the Bureau for Workers Activities – ACTRAV – department. He has a relaxed demeanour. He has forgotten about our appointment, leaving me frantic about scheduling another appointment with him. He senses my desperation and is kind enough to accommodate me by rescheduling another appointment competing for his attention. We begin by talking about ILO where India is a founding member and a permanent member of the governing body and his understanding of the recent changes in industrial relations in the country.  Edited excerpts: 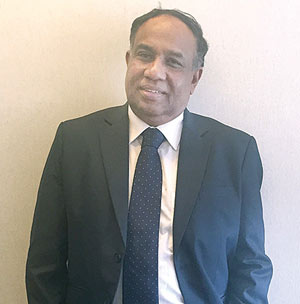 The scenario in India

At present the changes that are happening in India – the opening of industries, FDI, investments, the Make in India campaign – [but for] all these things [labour laws and the role of trade unions] somehow and somewhere are being seen as impediments to development or investments. We argue opposite to that. We say that the trade unions have a role to play in terms of helping industry development. And if you don’t have a process of involvement there is no system to resolve problems.

We say look at Europe or even countries of the region. There is a right and respect of work and to organise and collectively bargain. Take the example of Australia, or even smaller countries like Malaysia, Singapore or Thailand.

Yes, the Indian legislation is old; everybody agrees there is a need to bring about revisions, but revisions should help the labour-management relations. If one looks at some of those nasty industrial disputes [in recent times, like the Maruti Suzuki India incident three years ago in which a manager was killed], one finds that there was no proper communication. The management and the workers were not talking. There were unresolved issues and there was no system of resolution. In the Maruti case, as I understand, there were a high number of people who were on contract labour, which was and is naturally a concern of the labour. And that escalated. Further, it is through collective bargaining that we can have a distribution pattern which is good for the country. So they [workers] have a fair share of what they produce. And that has a multiplier effect.

But the Make in India campaign bases itself partly on the premise of cheap labour...

The trend is if we are looking at a skilled workforce that is contributing to development and is part of the development agenda then they [trade unions] have a role to play. They cannot be seen as a commodity. There needs to be mutual respect.

Also, this competition among states [countries] of the ‘lowest’ tags or attraction, if that also means reducing the rights of workers or lowering the standards of the worker or making labour laws flexible; where will it end? It is a spiral to the bottom, which is simply making one group of workers in a state compete with another group of workers in another state. So the long-term perspective doesn’t look healthy if that is the direction. There needs to be a debate. I think that is what is happening.

The Make in India campaign [debate] has started. Views are being expressed by the managements and the trade unions.

China and Singapore have different socio-economic foundations and the basis on which their economies function. I don’t think there can be any comparison between the three vis-a-vis industrial relations or workers.

[But in general, globally] there is pressure on workers and the working class, due to the free flow of resources, that people can invest anywhere and the attraction to produce cheaply, for instance, in Bangladesh or Cambodia. But at the same time, trade unions are reacting to that. They see the development that is taking place and they would like to have a fair share. In Cambodia there is growth in trade unions, though very slow. Singapore has a unique tripartite arrangement. Indonesia had a military government but trade unions are growing. They are more involved now. Still, we have concerns, because the distribution of wealth is not fair.

There are two major conventions of the ILO on collective bargaining and the right to form unions – Conventions 87 and 98 – and a number of countries in the region have not ratified them, including India, South Korea, Malaysia, Thailand and Singapore. So, there is this concern.
These conventions provide for workers in private, public, semi-government and even special economic zones, and even migrant workers have the same rights to organise and bargain collectively. Now there are certain restrictions that the government can put in. For example, they can restrict the police, army and those who are in decision-making positions, or to protect confidentialities they can be denied the right to go on strike. These conventions are what we call fundamental conventions or enabling conventions – without them the other things don’t apply. We have a campaign to ratify the conventions.

Once you ratify them then you have to bring your laws in line with them. But their principles apply to any country. India has not ratified them but if there are abuses or violations of these rights, then these can be notified to the ILO, which can, based on supervising
mechanisms, take some action.

The trade union movement in India includes about five percent of the formal workforce. It is very small compared to Australia or Singapore, which is, I think, around 30 percent. The percentage of unionised labour in our part of the world is low. There are a number of reasons for that. There are restrictions on forming unions in the public sector and civil services. Employees in semi-government setups are able to organise. Then the formal sector [of labour] is not that big because a large percentage is in the informal sector.

China and Vietnam have very high percentages. They are a different story. However, it is the influence of the union or the coverage that is more important. By that I mean, how many workers or what group of workers they cover. The unions in India are involved in discussions over social security and minimum wages that have much wider implications. India has those structures. How effective they are, I cannot make a judgment. There are 13 central trade unions from different political parties that work together; they had formed a joint platform and made certain demands to the government. That will have an effect on the formal sector or beyond the formal sector, for example, on what laws they are able to negotiate and bring about.

In Bangladesh, workers in the garment industry have very limited rights. They are not able to form unions because there are many restrictions and the government continues to deny those rights. So the workers who are part of the business/industry are not able to play those roles. If they had trade unions, all these issues would have been raised, they would have been channelled. India is a different story. At least under the current laws the private sectorworkers are able to organise.

Current issues of negotiations between ILO and India

Being a big player and one of the emerging markets, we [like to] see India doing the right thing, in [granting people their rights], including trade union rights. Well, they may come back and say that the US has not ratified [Conventions 87 and 98] but most of the European countries have. Germany has an all-round system of industrial relations. They work through works councils everywhere, which means those councils get involved in setting the wages and the work conditions. All Scandinavian countries are about 90 percent unionised.

There is an ongoing debate with the Indian government, particularly on four conventions: the conventions 87, 98 and two conventions on child labour – 138 and 182. My role is to work with the unions. They have a position to get these ratified as soon as possible. They have a 10-point charter that they [the joint platform] presented to the government during the Congress regime. The government always gives the excuse that if it gives the right to organise then people who are in the manufacturing side of defence will go on strike. But there are restrictions and clauses that you can put in. Labour laws are not a problem to industrial development. They have never been.