How quota helped me become what I am

In a dalit’s success story, lessons for society in harnessing talent The memories of the day are still intact in my mind when my brother Subhash sacrificed his savings to pay my school fees. Instead of buying shoes, he wore casual slippers in the scorching summer heat. Whenever I saw him in his slippers, it would remind me of his sacrifice he made for my studies. This was when I had decided not to let his sacrifice go in vain. Sometimes I used to ponder over our sufferings, our poor financial status. While economically we were already weak, paying college fees in such a condition was an extra burden. This was why I used to often join my parents at work (daily-wage labour) to earn extra money for books and pay my tuition fees at school and college.

When I could not continue college studies for long, Subhash, who was actually not my real brother, came looking for me and found that I was out for work with my parents. He used his savings and helped me get back to college. Amid all the hardships that we faced, had there been no relaxation in fees for the schedule caste category, I would never have been able to embark on my studies again. This is the difference between a dalit student and a general student. This was possible only because of the rights given to the dalit community.

When I was in school, I was not aware of the provisions and facilities available to dalits. All I knew was that government had made some provisions for us to enable us to complete our schooling. I guessed this because we were given school uniforms and scholarships and sometimes even books which helped us move on in life. Our fees in schools were negligible; and yet I was often not able to pay it. Many a time, I was sent back from school because the fees were not paid. Since I was good in studies, sometimes teachers would allow me to enter the classroom the next day. But on the other hand, my identity as a dalit was becoming evident and it made me feel low every time. 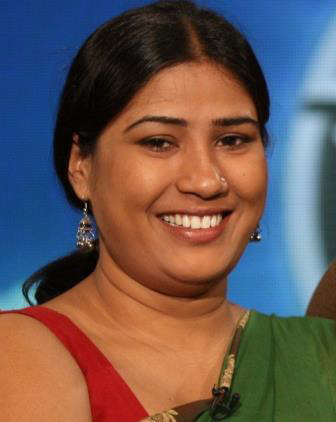 The fact that we came from a lower caste had shackled us from a very young age. Most of my teachers were from the same village and thus they were also aware of our caste and community. We were always referred to by our parents’ name instead of our names. Children from upper castes, on the other hand, were privileged enough to be called by their own names. Since I was a studious and bright child in the class, sometimes teachers used to love me. Among them was one ‘Kaladhari master’, who always inspired me to become a teacher. There was an English-language teacher who used to beat students for not catching up with what he was teaching. I was good in the subject and yet I would often get his beating because I, despite coming from the dalit community, was competing well with the rest of students. My anger over this ill treatment pushed me to achieve my goals.

I had to work really hard after high school. My college was about 60 km from my village and it used to take me an hour to reach there – if the bus was on time. One day, I was on my way to college with Subhash and I had no money to buy tickets. I didn’t have a bus pass then. My brother offered money. Since it was my first day at college and I wanted to celebrate with samosas in the canteen, I suggested him to save money and travel without tickets. We ended up getting caught by a ticket checker and paying double the amount. I recall this incident to underline the daily crisis we had been living with; that we had to think twice before spending money even on small things.

After college, I enrolled for the masters in the university. I got admission under the reserved category. If there were no reservation, students like me could have never managed to beat the tough competition. Also, there was an extreme form of caste-based discrimination that would have never allowed us to get admission on unreserved seats. Despite being meritorious and bright students who would obtain good marks, our merit or mark lists were always displayed separately from general category students in the college.

In Haryana, there were two categories – SC A and SC B – that helped us even further because there are progressive and educated people within the dalit community and they would have been the only ones taking all the advantages of reservation. I was from a caste which was untouchable among the untouchables. Apart from the discrimination that we faced from upper caste people, we also had to maintain a distance from creamy layer within dalits. We were the bottom-most. There was a demarcation within the community and we were not allowed to cross that. But thanks to the two-layer categorisation of SC A and SC B, I could sail through.

I read a lot about Dr Bhimrao Ambedkar during my days in the university. I was elected deputy president of the Ambedkar Students Union and got an opportunity to understand Ambedkar’s thought and work even more. However, I faced discrimination even here, among other dalits, because of my caste. Succumbing to humiliation, I decided to step down from the post. A thorough reading of Ambedkar made me realise that the only way we could fight the caste system was by standing united against it. But the cancer of caste-based discrimination was spreading within the dalit community itself. We must stop this race of making our respective castes dominant, and instead should unite against discrimination.

Further, thanks to reservation, I got a seat in a BEd course. Had reservation not been there I would have remained marginalised and victimised in the village. I also pursued MPhil and later completed my doctorate from the Jawarharlal Nehru University (JNU). Thereafter, again only due to reservation, I secured my first job and started working as a teacher in Chandigarh. Working hard further and moving ahead in life, now I am working as an assistant professor in Sanskrit in Delhi university.

Let’s not call it reservation, but dalit representation: without it, I would never have been able to achieve this much in life. The dalit representation in the constitution has changed our lives because the Indian society is still shackled by the caste system and will remain so. Therefore, it is necessary to start from an equal level or level zero. If an opportunity is given, the Bahujan community is second to none in any field, be it the freedom movement, defence, patriotism or representing the nation in international fora – we are not anyway behind the upper castes. The case in point is that I am writing this and sharing my experiences while sitting in Canada.