Loknath Nauri comes home with a large herd of cattle. He had taken them out for grazing in the forest. But surprisingly they are not milch cows. “Only one of these gives milk and that too is mostly consumed by the calf,” says Nauri in a genteel voice. A middle-aged man with salt and pepper hair and a pencil moustache to match, Nauri knows there’s more to this herd than milk.

Besides being collateral for hard times, it is kept for the dung which is used in the fields as a natural fertiliser.

“We would not have been able to keep the herd if the forest was not there,” says Nauri. 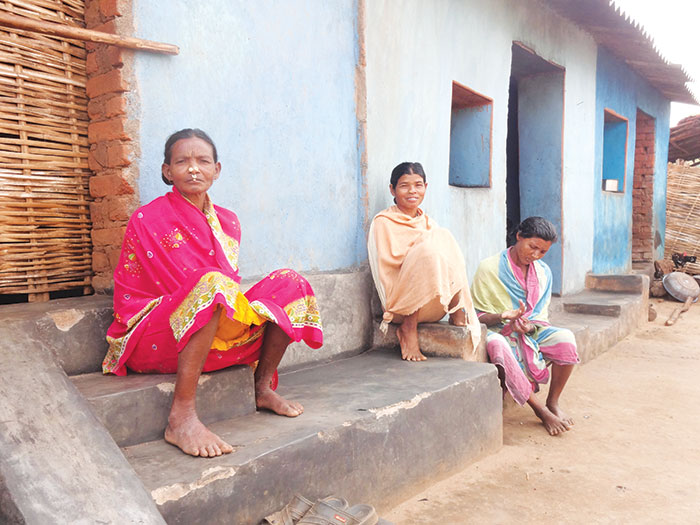 We are at Korandiguda village in Odisha. The village is looked over by the Niyamgiri hills, made famous by the Kondhs who sent packing the bauxite mining project of London-listed Vedanta Resources in 2013. Nauri also belongs to the Kondh tribe but unlike those on Niyamgiri who indulge in hunting, his forefathers learnt to work up the earth by ploughing, irrigating, removing weeds and mulching. But their connection with forests is very much intact. In fact, a lot of their food of daily consumption still comes from the jungle. From March to June, when the crop cycle ends, the villagers are totally dependent on uncultivated food. 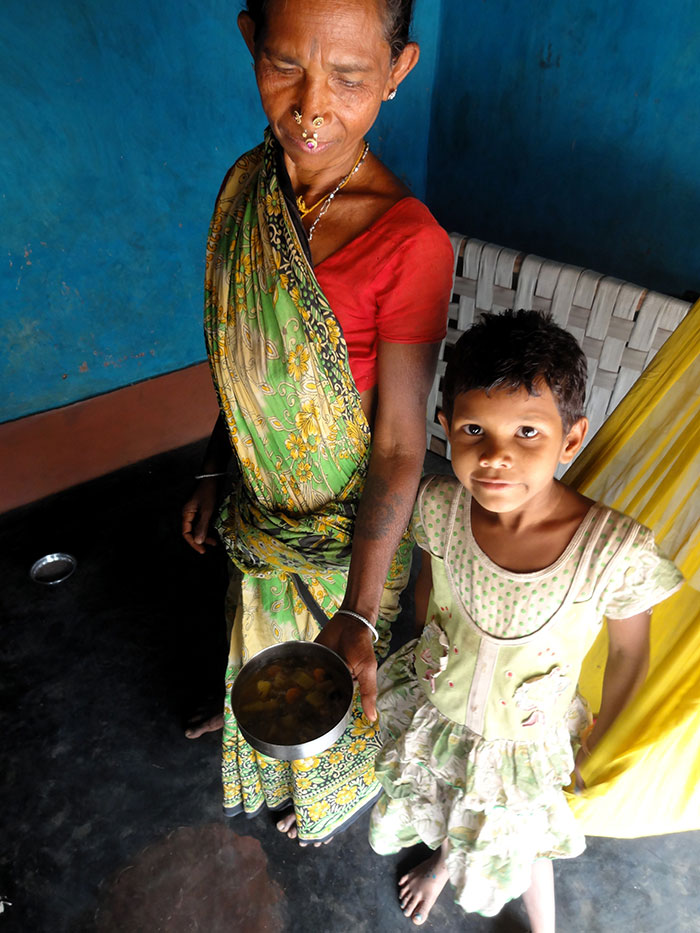 A 2014 study by Living Farms, a group working on sustainable agriculture and ecological issues in Odisha, documents 121 uncultivated food harvested from the forest between July and December that supplements a normal tribal diet. This constitutes 30 mushrooms, 23 tubers, 26 green leafy vegetables, 14 wild fruits and 28 wild animal species. “This is what is available in one season. If we look at the entire year, there are more than 1,000 varieties of food available round the year,” says Jagannath Manjhi, who is working with people, in both rural and urban areas, to promote forest conservation.

To top it all, these foods are not contaminated by chemicals and pesticides used in agriculture and are available free of cost not just in forests, but around ponds, streams and village commons. What would normally be considered weed in a farm is respected as food in tribal areas.

“We always have something to eat unlike those in the cities who go empty stomach if they don’t have money to buy food. There are multiple benefits of forests. For instance, a single mahua tree gives flowers which are eaten as vegetable, prayed to and distilled to make liquor. Its seed is used to prepare oil for cooking, body massage and lighting purposes,” Manjhi says.

Mahua (Madhuca longifolia) is said to be rich in iron while most tubers are high in energy. Uncultivated leafy greens and fruits are a rich source of fibre, minerals and vitamins, offering immunity against various diseases. The UN’s Food and Agriculture Organisation has acknowledged that the traditional food systems of indigenous people contain a wealth of micro-nutrients. The International Union of Forest Research Organisations (IUFRO), a network of forest scientists, has also recognised that forests have the potential to feed the world, if harnessed properly.

Economics of the woods

Besides supporting a household’s dietary needs, these uncultivated food items also supplement family income. “When there’s no money at home, we get turmeric growing in the forest and sell it to buy salt, oil or potato from the market,” Aadi says.

The forest is also directly connected to the traditional farming Kondhs do on the hills, a pale reminder of the much maligned slash-and-burn or shifting agriculture. All the households have three plots arranged vertically which they cultivate at a cycle of three-four years. The shrubs are burnt and big trees trimmed to prepare the plot. But the forest uphill is not touched. “Forest gets us the rain and more importantly checks erosion which helps retain the fertile top soil,” says Aadi. 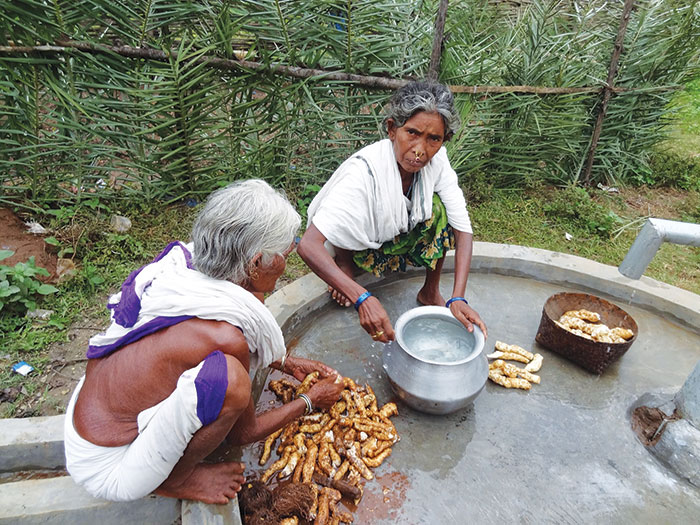 However, this interdependence is slowly fading away as the forest department is pushing for commercial plantation of teak.
The government is also planning to throw open the management of up to 40 percent of Indian forests to private sector to revive degraded forests. This may destroy complex ecosystems and deprive local communities of a livelihood by promoting monoculture for timber production.

The tribal resistance to such policies is failing at many places in spite of favourable laws. The Forest Rights Act (FRA), 2006, which guarantees land titles, usage and intellectual property rights on biodiversity to traditional forest dwellers, remains poorly implemented. According to data released by the ministry of tribal affairs, just over 38 percent claims had been approved all over India till October 31, 2015. Of the accepted claims, ground reports show that most applicants get far less than what they had sought.

Most of the approvals come for small individual claims rather than for the whole community over a larger area since the latter allows people to undertake collective forest management which comes in direct conflict with plans of the forest department. Recently, the government of Chhattisgarh, the state where 30 percent people are tribals, cancelled land titles given under FRA, to facilitate coal mining.

Tribals, bereft of their natural food and habitat, rarely get adequate compensation thus aggravating poverty that results in household food insecurity and undernutrition. A 2014 UNICEF study has confirmed that land alienation and displacement without adequate rehabilitation have been important causes for tribal impoverishment.

Jagranga and Nundruke were the only adults in the 20-household strong Naandwali village when forest officials came with police in June 2014. They wanted to arrest those who had obstructed the teak plantation drive. The two women ran to the fields, calling upon those working there.

People from the surrounding five villages gathered at the spot forcing the police to retreat. A few days ago, villagers had uprooted the teak saplings planted by the forest department on the hills surrounding Naandwali. “We don’t have any use of teak here. We don’t pray to it, eat its fruit or use its leaves as fodder. It does not even give tuber or mushroom. Why would we allow these to take over our valuable native trees? Why can’t they plant more of mahua, jackfruit or mango? These trees help us even during drought years,” says Jagranga. Villagers also know that once plantations are in place, they will be prohibited to even pass through the area by the forest guard.

After the police, came the local politicians from the nearby town of Muniguda. They tried to entice the villagers with a promise of as much as 10 acres of land per family elsewhere if they give up their claim on the forest. “When all of this is ours, why would we need your 10 acres,” Jagranga recalls telling them. Realising stiff resistance from neighbouring villages as well, the forest department backed out. But for how long?

“Outsiders can never understand why we fight and even die for forests. The spirits of our ancestors live there and one day we too would go there. They are our temples, our personality,” says Manjhi.

Moudgil is a consultant with India Water Portal.