On the occasion of Mahatma Gandhi’s 71st death anniversary, prime minister Narendra Modi will inaugurate the “National Salt Satyagraha Memorial” at Dandi, Gujarat on January 30. The memorial is a tribute to the 80 marchers who accompanied Mahatma Gandhi from Sabarmati to Dandi in 1930.

A project of the Ministry of Culture, Government of India, the National Salt Satyagraha Memorial (NSSM) was announced by then prime minister, Dr. Manmohan Singh, in 2005 during the 75th anniversary of the Dandi Salt March movement.

IIT-Bombay was assigned the task of designing, coordinating and implementing the project under the Central Public Works Department’s supervision. The design of the NSSM has art and technological aspects that include statues of 81 marchers, 24 narrative murals, main statue of Gandhiji, an artificial lake, solar trees and a salt-making activity for visitors. In keeping with the Gandhian ideal of sustainability, the memorial is powered by solar energy which is generated from 41 solar trees developed by IIT Bombay and installed at the site. 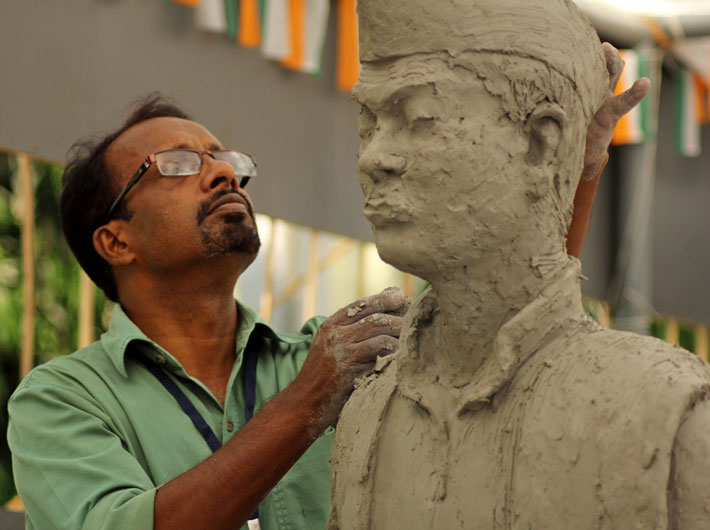 The 5-feet high bronze statue of Mahatma Gandhi has been created by eminent sculptor Sadashiv Sathe and intends to project the forceful forward march of a great leader leading the people towards freedom from exploitation and injustice. The NSSM also has 24 narrative murals depicting events from the march from Sabarmati to Dandi. The satyagrahis covered a distance of 241 miles in 24 days and stopped for rest in the villages along the Dandi path.

The salt-making pans designed by IIT Bombay in collaboration with potter Abbas Glawani, at Kumbharwada, Dharavi will enable visitors to make a pinch of salt and take it along as a memory. This salt making activity celebrates the strategic brilliance of the Mahatma who used the powerful metaphor of salt to lead the nation towards independence. For visitors, an  E-tour is available as an app on smartphones. IIT Bombay is working for supplying treated water to the National Salt Satyagraha Memorial complex and the villages near Dandi. 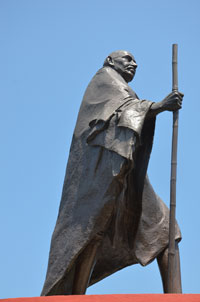 The Salt Law, imposed by the British in 1857, right at the beginning of their rule in India, was one of the most exploitative and backbreaking rules in the context of the Indian masses. This was something that Gandhiji realised as early as in 1891 when he was a law student in London. In some of his writings for the Vegetarian Society, he narrates the poverty of Indian people and their food habits. He mentions that a large section of the people of India could not afford even two meals a day. Even the single meal they had was not accompanied with any vegetable or cereals. The Salt Law went on till salt was the only accompaniment and tastemaker, ‘which was heavily taxed’. This engagement with the Salt Law went on 1930, where before the salt satyagraha was to commence, Mahatma Gandhi wrote several letters to the viceroy conveying his intent to start the movement and his willingness to give it up if the government was willing to withdraw. When all the appeals and requests failed, Gandhiji, with 80 hand-picked Satyagrahis started the historic 241-mile journey from Sabarmati Ashram to Dandi and with a simple gesture defied the mightiest kingdom; a simple act that shook the British empire.