The case relates to allegations against health minister J P Nadda and that he was behind the ouster of vigilance official Sanjeev Chaturvedi to save his trusted officials involved in serious corruption in AIIMS.

The CPIL had urged high court to pass an order restraining Nadda from taking any decisions in several cases initiated by Sanjeev Chaturvedi as CVO of the premier health institute.

A detail scrutiny of the affidavit reveals that several points made by Nadda and his ministry are far from the truth. Governance now has several documents which reveal contradictions.

Corruption charges
Director of AIIMS M C Mishra was allegedly found guilty of corruption while he was working as head of the department of surgery. This matter was referred to central bureau of investigation (CBI). The allegations were of favoritism to particular suppliers and flouting of financial procedure.

CBI in its letter has clearly mentioned that a report regarding corruption against present director of AIIMS has been sent to the central vigilance officer (CVO) of the ministry on February 17, 2014. But in the affidavit the health minister is denies receiving any CBI investigation report.

Missing files
Another contradiction is about missing files in relation to the post of central vigilance officer of AIIMS. In his affidavit Nadda has alleged that Sanjeev Chaturvedi was behind the disappearance of the file.

However, Dr Harshwardhan, who was Nadda’s predecessor, had approved major penalty and departmental charge sheet against Vineet Chaudhary for his role in making file disappear. Thus  Nadda contradicts his own cabinet colleague and blames Sanjeev Chaturvedi for the disappearance of the file.

Nadda further claimed that no such file regarding creation of the post of CVO existed while institute’s records show that file bearing no-F.9-40/2010-Estt (on the subject of appointment of CVO of AIIMS) has been mentioned in the file tracking system and these records show that the last location of the missing file was in Vineet Chaudhary office on September 12, 2012.

Health ministry too in its reply has termed the action of PMO  (regarding their direction dated 23.11.2012 of not removing Sanjeev Chaturvedi from the post of central vigilance officer till the proposal is personally examined by cabinet secretary) standing parliamentary committee (regarding commitment made to them on June 8,2012 by then health secretary and clearly mentioned in the letter of parliamentary committee on September 20.2012 and June 6,2013 and issue of missing file related to the  creation of post of CVO) their joint secretary Vishwas Mehta (who had mentioned on files that all the statutory approvals were completed in appointment of CVO and the said note was approved by then health secretary) all as erroneous.

Others called liars
Nadda and health ministry took the stand in public domain that Sanjeev Chaturvedi was removed because of lack of prior approval of CVC on August 14, 2014. But they intimated the same to the CVC that approval of General BODAY and IB was not taken. The CVC which is also a party in the said PIL by Prashant Bhushan has replied in its affidavit which further exposes the ministry. CVC said that prior approval was neither taken in case of Sanjeev Chaturvedi nor in case of entrusting his charge to the CVO of health ministry.

Ministry further violated the vigilance manual by appointing Manoj Jhalani as additional in charge of CVO AIIMS. As per para 2.6.1 of vigilance manual the autonomous institute has to forward a panel of its officers to the administrative ministry which then forward it to the CVC for approval. While in this case, the panel was directly sent by the ministry to the CVC and it consisted three of its own joint secretaries working in the ministry and not the officers of the AIIMS, while in all other autonomous organizations under the ministry, the CVO is an officer of that organization only. 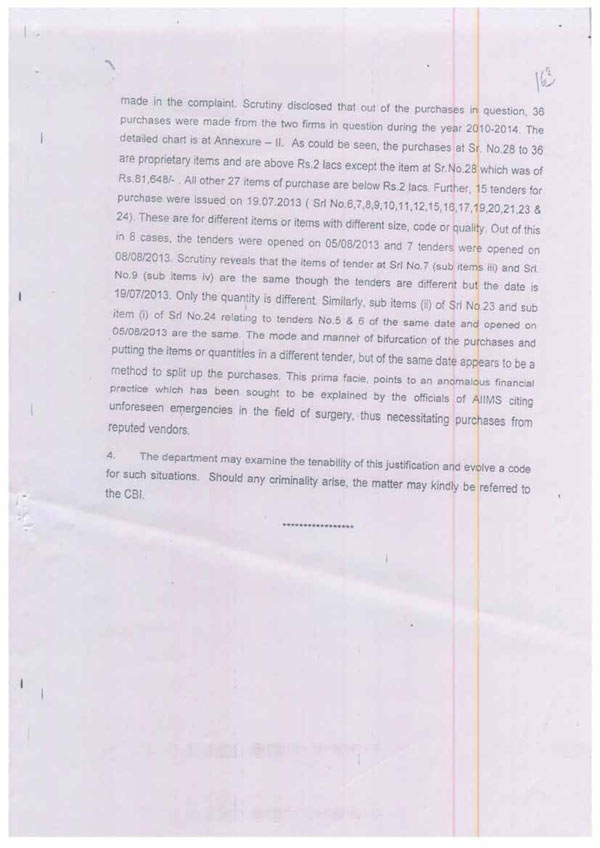 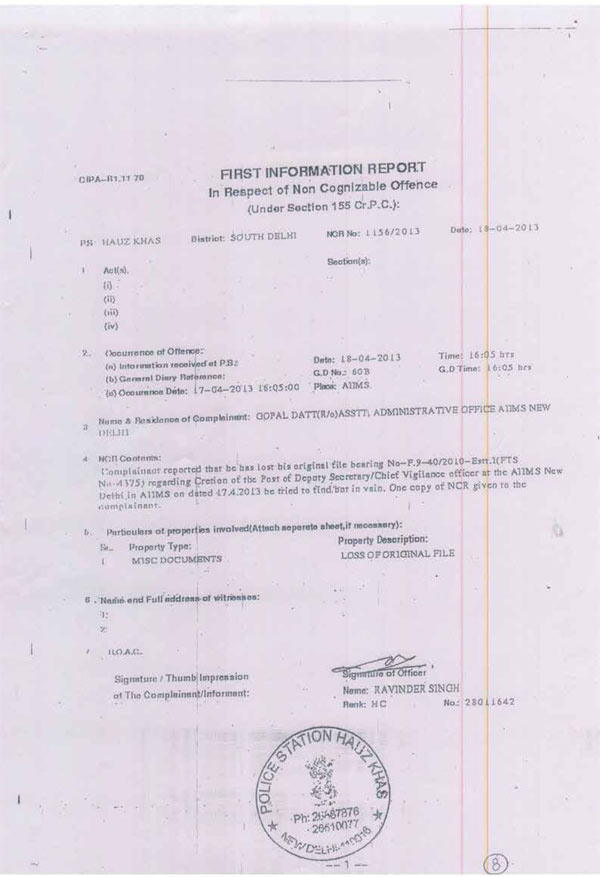