Letter to President, PM, to save Yamuna

Concerned over another ‘encroachment’ at the Yamuna bed, public intellectuals and social activists raise an alarm about a to-be event of the Art of Living foundation

Construction work in progress at the Yamuna bed

A group of public intellectuals and social activists have written a letter to the president, the prime minister and concerned government representatives urging them to stop encroachment and destruction of Yamuna floodplains. Their concern has stemmed from the announcement of an event, scheduled on March 16, to celebrate the 35th anniversary of the 'Art of Living' foundation, a private organisation formed by Sri Sri Ravi Shankar.

The intellectuals and activists have said that construction work which has already started at the Yamuna bed is destabilising and destructing the ecosystem of the river. The floodplains are getting encroached and damaged largely, which used to play a crucial role in maintaining biodiversity and health of the river, they add.

Addressing the letter to the president and the prime minister who apparently have plans to attend the event, the group says that their participation might appear to lend legitimacy to an illegal activity. They support their argument by writing, “the event is being planned after clearing, compacting, dumping of earth and construction underway over some 1,000 acres of the active flood plain of river Yamuna in Delhi, and the matter being sub-judice at the National Green Tribunal … as prima facie the said preparations are in violation of the NGT judgment of 13 January, 2015 …”

To further back their argument, the group has attached a pictorial report highlighting through comparative photos of September 15, 2015 and February 5, 2016, on how “a verdant flood plain has got systematically destroyed and is being converted for the event.” This additional encroachment, the group said, will only make the situation worse. In the past, construction activities for the commonwealth games, millennium bus depot, Akshardham temple and others have been in controversies for alleged encroachment of the Yamuna plains.

The letter adds that according to India’s current national water policy, “Conservation of rivers, river corridors, water bodies and infrastructure should be undertaken in a scientifically planned manner through community participation… Environmental needs of Himalayan regions, aquatic eco-system, wet lands and embanked flood plains need to be recognized and taken into consideration while planning.” The group contends that in the current case, national water policy stands violated. 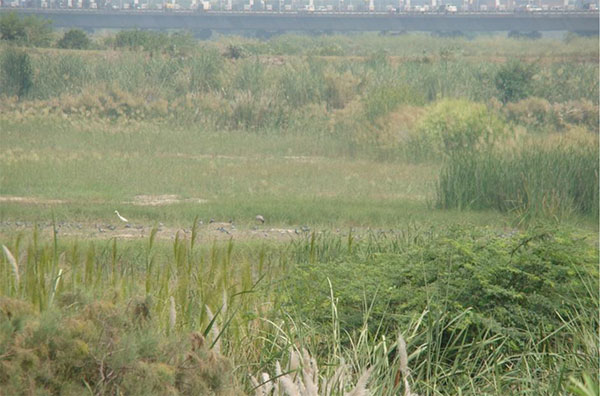 The group feels that even though the event would run for a few days, the devastation resulting from its preparatory and operational phase (some 35 lakh persons are expected to participate with a stage planned to be constructed over some seven acres of land) would outlast decades in terms of river Yamuna's health, which already is in no great shape.