The year that went by, in fake news Learned obits were written to Truth in the year that went by. The incredible came to be believed, driven by the logic of several million tweets, retweets and WhatsApp forwards. And ’post-truth’ became the buzzword. It was as if truth had been transcended. As if what mattered was only what people wanted to believe. And the way to make people believe what you want them to believe was to go over-viral – truth having already been damned. The following ’most popular’ fake news items of 2016 will linger long in memory, and perhaps, even in hindsight, we will be left wondering...wasn’t that true?

1) The rape rap
An image of a newspaper clipping from The Telegraph of June 8, 1987, said that an IIT Kharagpur student called Arvind Kejriwal had been arrested for raping a local girl. This was widely circulated on WhatsApp and had lakhs of the credulous assuming it referred to a certain popular politician. 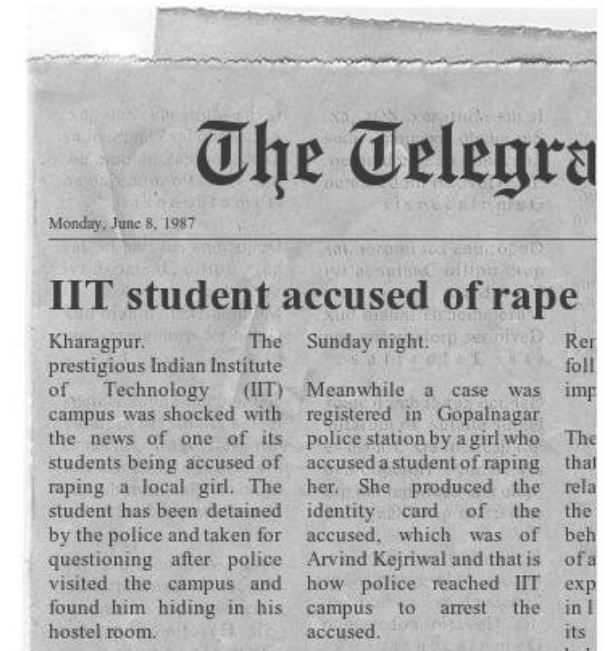 2) Unesco calling
Modi bhakti, deshbhakti, and later, demonetisation bhakti overflowed in tweets and forwards that declared that Unesco had ranked our prime minister the best in the world, the ‘Jana gana mana’ the best national anthem, and – hold up those pinkies, they beat any greenback, any day! – the new Rs 2,000 notes the best currency notes. 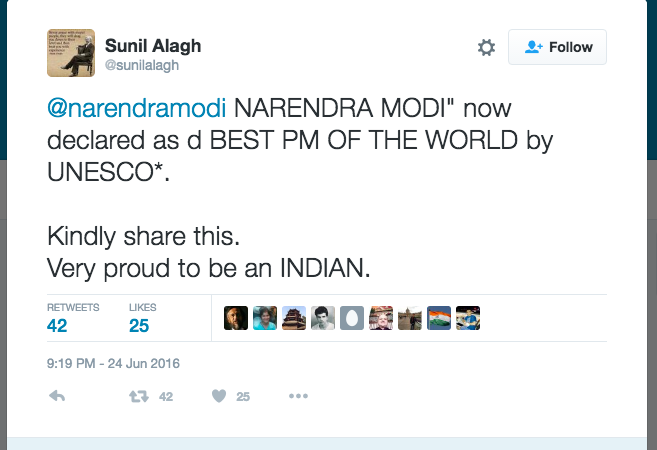 3) An electrifying speech
This one came from up high, in more ways than one. From the ramparts of the Red Fort, prime minister Narendra Modi loftily proclaimed on Independence Day: "It takes three hours to reach Nagla-Fatela (from Delhi). But it took 70 years for electricity to reach there." Photographs were officially tweeted of happy villagers watching TV. (Later, this was deleted.) A few inquisitive media outlets went to see the wonder of a village that had seen the light after 70 years. And found that the lines were in place, but there was no supply.
4) A chip of untruth
Within hours of Modi’s announcement of demonetisation and that new Rs 2,000 and Rs 500 notes were being issued came tweets and WhatsApp messages about the Rs 2,000 notes having embedded GPS tracking systems. Hoard them, and the eye-in-the-sky will track them, and you’ll have the taxman breathing down your collar. 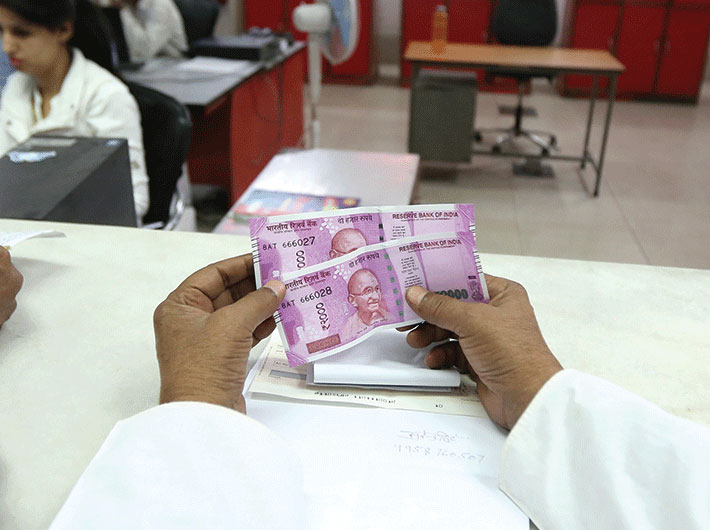 5) Isotope in the ink
After the GPS fears were allayed came talk of the new notes being printed with an ink that had a lacing of radioactive isotope. The truth was not so radioactive.
6) Minted lies
As omens go, this might have taken the bronze for being uncannily close. Some four months before demonetisation, word spread on social media that Rs 10 coins had been declared invalid. Auto drivers, presswalas, vendors and others refused to accept these coins. Some said they had been declared invalid, some that there were lots of fake coins in circulation. The latter turned out to be true: cops recently busted a racket in wholesale counterfeiting of these coins.
7) Cashless beggar
Again a prime ministerial gem. "I don’t know how far it is true, but there is a video going viral on WhatsApp of a beggar being told by a man that though he wanted to help, he does not have change," he said during a speech in Moradabad. And the beggar apparently pulls out a PoS machine. Turns out the prime minister was wrong on two counts: the video clip he spoke of was actually an old ad. The second count? Actually, it’s a woman in the video who is surprised by the beggar with a PoS. 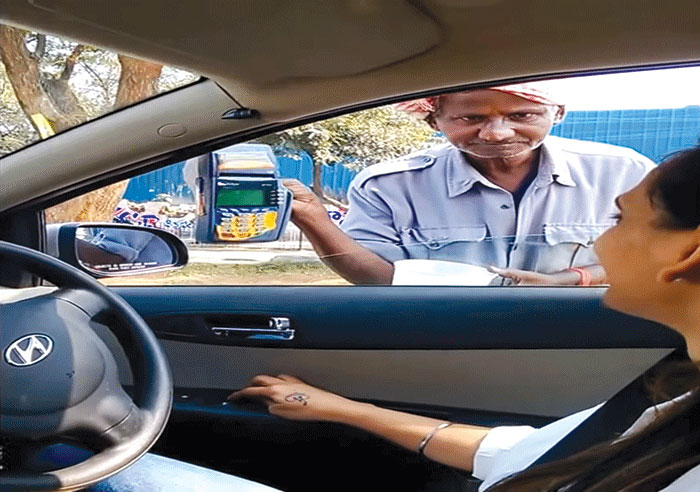 8) Secret daughter
After the death of former Tamil Nadu chief minister J Jayalalithaa, word – and images too – spread on social media of a secret daughter she had who was living in the US.
9) Not a pinch of scepticism
Out of the blue came talk of a shortage of salt. And this led to a four-fold increase in the price of salt in some parts of the country. Needless to say, a country with such a long coastline need not ever hoard this condiment. But it was only after the government issued clarifications that the rumour subsided.
10) Swiss knife
This rumour claimed impeccable provenance: from Wikileaks, no less. Sonia Gandhi’s name was at the top of a list of Congress leaders hoarding money in Swiss banks. Later, another message listed a number of prominent Indians with Swiss bank accounts. Ambani was on it; Amit Shah and Rajnath Singh too.
The new mantra, it seems, is: ’Believe me, I’m lying.’