Must read interviews of 2016

As the year ends, we replug some of our significant interviews with prominent people On Bangladesh, Taslima feels that a country can never have true democracy till there is misogyny in the system. “I was not thrown out from Bangladesh because of Lajja: it was because I was fighting for equality for women and opposing religion and traditions. I am not only against Islam but all religions that restrict women and deprive them of rights. I am also against the festival of karva chauth and the sindoor-wearing traditions of the Hindus. Why do women have to display their marital status? Do men wear such things?” A  Swedish citizen, an American green-card holder and a Bengali at heart craving to live in India; award-winning Bangladeshi author Taslima Nasreen wears many hats. Read full interview

“The government’s money is actually the people’s money. They give it to the government to spend it on their behalf. Now we will give it back to them to spend on their own. Whoever lives in that area can check the work that has been done, through an app or the mohalla website.” Atishi Marlena, who is advisor to the deputy CM and is spearheading the mohalla sabha initiative, talks about the emergence of a new brand of grassroot politics. Read full interview 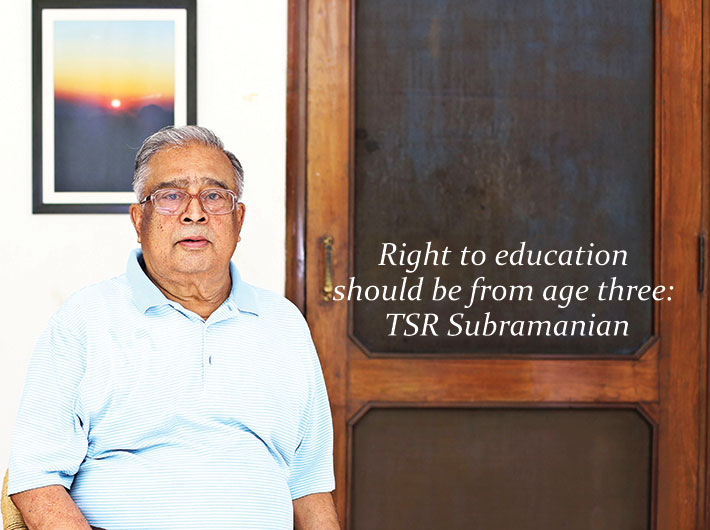 “People do not understand that much depends on how and what a child is taught from class I to III. During this stage the language and numerical skills of the child are developed. That is why we have recommended that primary education should be in mother tongue. But the problem comes when the mother tongue is different from the state language, for example, in tribal areas. There we have to find a way out.” TSR Subramanian, former cabinet secretary, talks about the concerns that guided the committee in preparation of the draft report on new education policy. Read full interview here 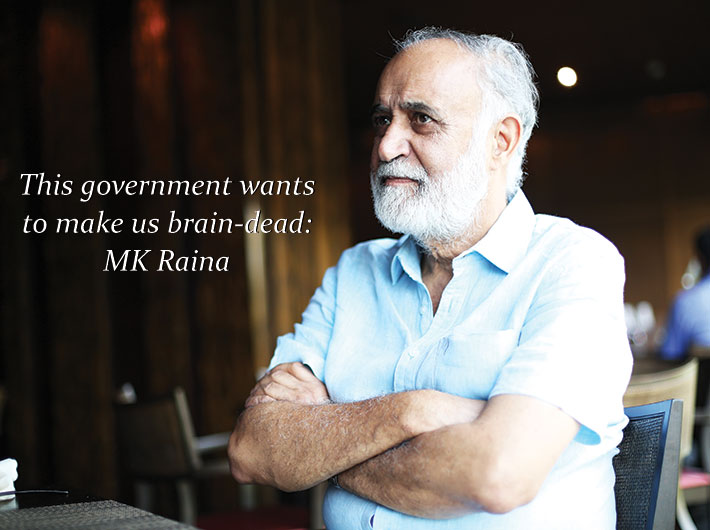 “What pained me most about Anupam’s behaviour was his bad-mouthing of the winner of Sahitya Akademi and other national awards [who had returned their awards in protest against rising intolerance]. Does he have any idea what a national award means to an artist? Does he have any right to ridicule the 90-plus-year-old author Krishna Sobti, who has spent a lifetime in writing? Of course, Anupam has become silent after he was denied a Rajya Sabha ticket.”  MK Raina, actor, theatre personality and cultural activist talks about present political scenario and contemporary arts and cinema. Read full interview here

Public sector reform for example has been a non-starter. Do we really need BSNL or MTNL or Air India, or for that matter the numerous ITDC hotels in the metros to be in the public sector? These things need to be debated and the public made to understand. Of course it involves a political risk, but that is the essence of political entrepreneurship. Montek Singh Ahluwalia made the biggest contribution in planning and implementing the economic reforms. In an interaction, he looks back on those momentous days. Read full interview here 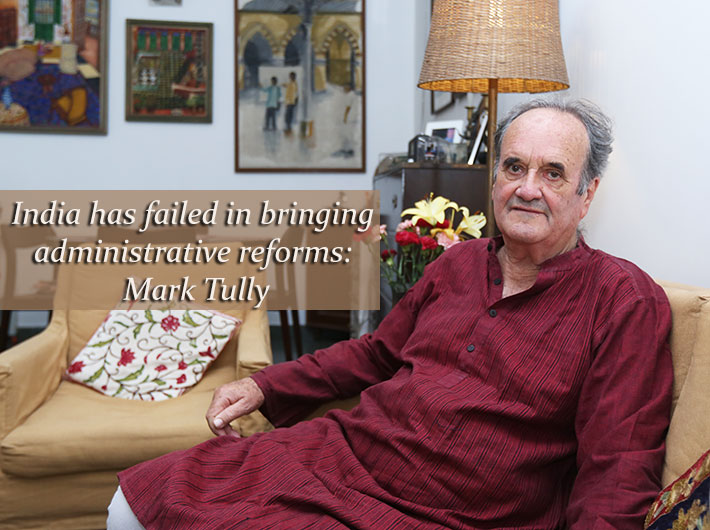 Then we saw the period of ‘no governments’ with the VP Singh and the Chandra Shekhar governments, and then of the coalition crisis build-up. There was a huge amount of uncertainty. We had two governments which did not last long. We had a mounting external debt. And everyone knew that some sort of a crisis was ahead. We also knew that Narasimha Rao was in a weak position because the Congress for so long had been under the Gandhis and people thought that he would not be able to handle the party and the government. So it was surprising in a way when economic reforms were brought in. Read Mark Tully’s interview on 25 years of economic reforms. 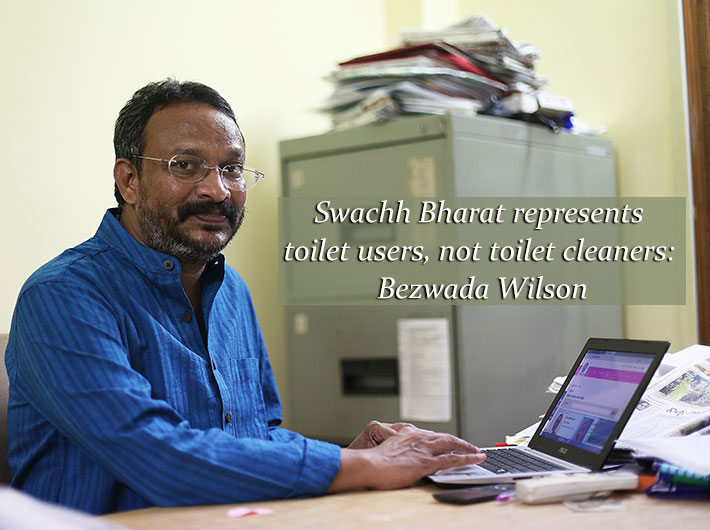 As the government plans to build 12 crore toilets by 2019 under the Swachh Bharat Abhiyaan, the Magsaysay award winner questions who will clean these toilets and how many people will die cleaning them. Explaining how manual scavenging is actually a problem arising out of caste, class and patriarchy, Wilson says that the government has failed to address either of these concerns in its cleanliness drive.  Read interview here 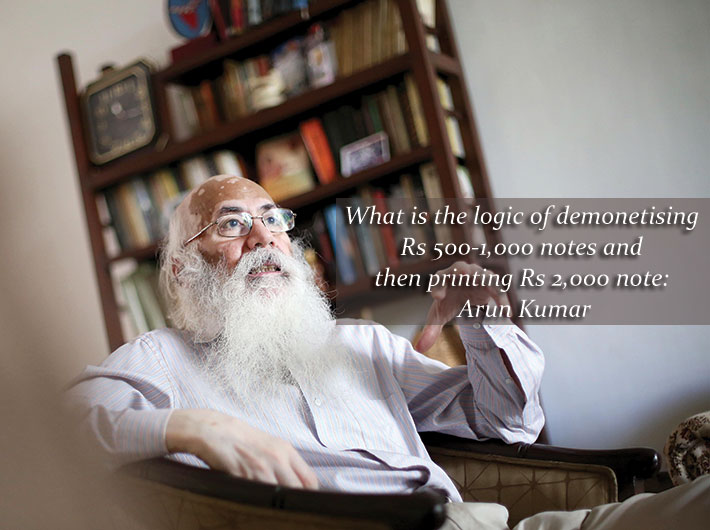 Black income is generated through a variety of means – in drugs, in under- or over-invoicing in trade and business. There are as many ways of generating black income as the number of sectors in the economy. So even if you are able to demobilise some amount of black money this year, it would be generated again next year. And now you are printing the Rs 2,000 currency note. It would be easier to misuse it. Read interview with Arun Kumar, retired economics professor, JNU on demonetisation