The unbelievable emergency – no food, no fuel – has been the result of a series of developments, some careless steps, some unfortunate events This time it was not Lord Hanuman, but the poor decision-making of the political leaders combined with several global economic factors that set Sri Lanka in flames.

A state of emergency was declared in Sri Lanka. This month, after the Prime Minister of Sri Lanka resigned from his post, the Sri Lankans went on a rampage across the nation and set the PM’s residence and the government accommodation of 8 MPs on fire. But what led to this day? How did the condition become so bad that the PM had to resign? Why is Lanka now in flames?

Sri Lanka, an island nation of some 22 million people, situated in southern Asia, was highly dependent on tourism and exports of tea, textile and garments for sustaining its economy. But in April 2019, the heartbreaking Easter Day Bombings, which killed over 269 people including 45 foreign nationals, wreaked havoc on the tourism industry of Sri Lanka and the industry declined by over 21% in just one year after the incident. In December 2019, the newly elected president of Sri Lanka, as promised in the election polls, reduced VAT rates from 15% to 8% and cut down taxes. This further led to the losses in Sri Lanka’s revenue to the tune of over 2% of its GDP, as per the IMF. In March 2020, as the COVID-19 pandemic hit the world, the already bruised tourism industry, which contributes about 13% to the national GDP of Sri Lanka, further took a gigantic blow due to the restricted lockdowns. With the tourism industry in ruins, the Sri Lankan economy was beginning to face problems due to dwindling foreign exchange reserves and losing out on its savings during the pandemic. 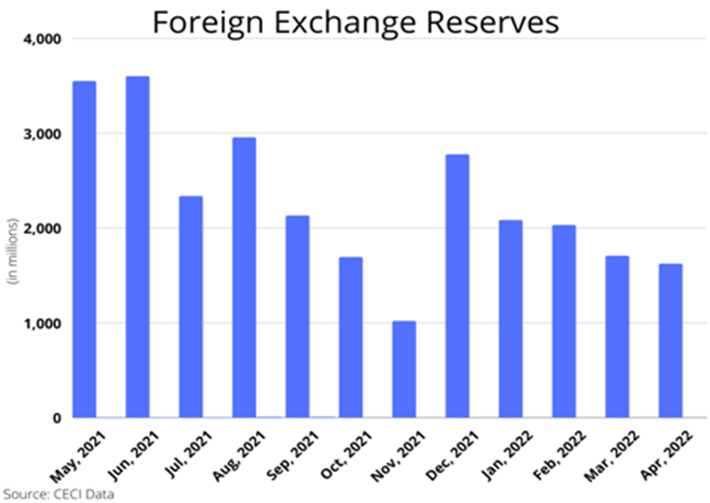 This, in turn, led to a decline in the supply of these goods in a market of high demand which led to the rise of inflation levels in the country. In May 2021, again, as promised in the election polls, the Sri Lankan government banned the import and use of all chemical fertilizers in the country, overnight, in a bid to go 100% organic. But this had a cobra effect and hugely hurt the tea plantations industry and the farmers of Sri Lanka as they were unable to sustain the crops on such short notice. Sri Lanka is highly dependent on tea exports for securing dollars from the foreign markets, and as the tea plantations industry stumbled due to the new policies, the country’s foreign exchange reserves further deteriorated. Also, due to the fear of food shortages due to this policy change, the food prices shot up. 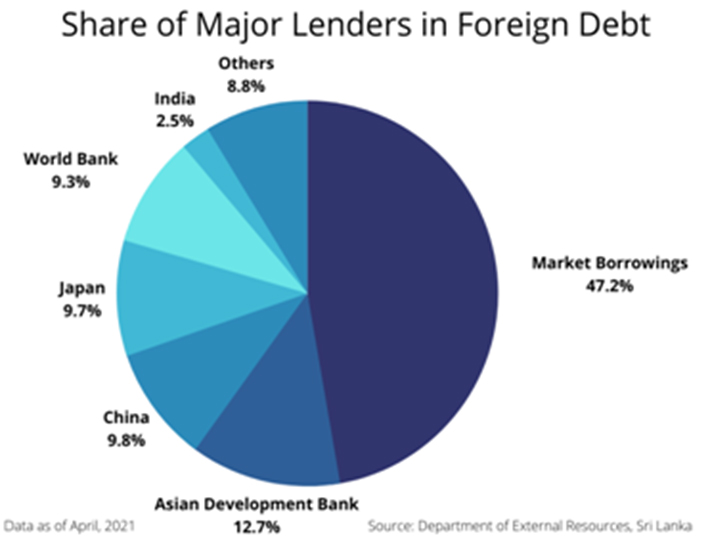 All of this led to the foreign exchange reserves taking a big hit and Sri Lanka losing out on precious dollars in a time of a global economic crisis. With the shortening of foreign exchange reserves, Sri Lanka was starting to get into trouble buying from international markets and paying for imports of fuel, food and other essential commodities. Along with this increasing burden, Sri Lanka also had several foreign debt obligations from the many loans it had taken for various infrastructure and development projects such as highways, ports, airports, power plants, etc. As the infrastructure projects were not churning out enough money and some even incurring heavy losses, Sri Lanka was unable to repay the loans and became a victim of the Chinese debt-trap diplomacy, and that too at a time when it was already facing a severe economic crisis. With the debt eating away at the already declining income and the reduction in foreign trade due to the lack of forex reserves, the Sri Lankan Rupee sharply tumbled in the past few months. Due to this, goods that are being imported from abroad are becoming more and more expensive for the people of Sri Lanka, further kindling the fire of inflation. 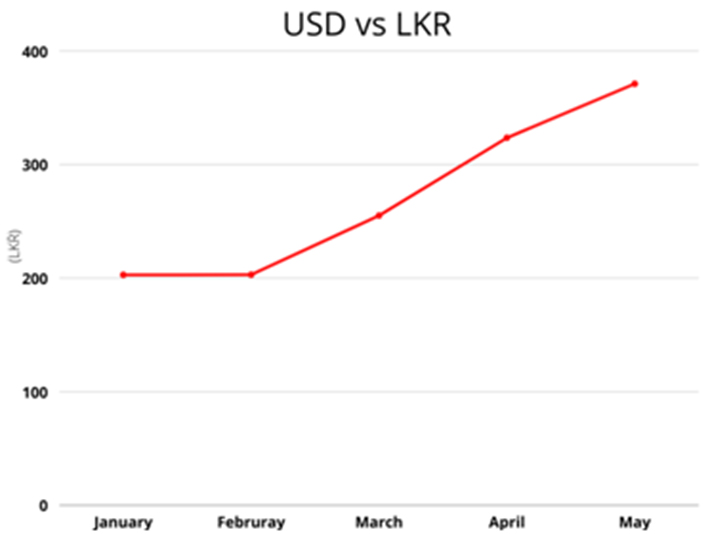 The decline of tourism, lack of income sources, heavy debt obligations, negligible foreign exchange reserves, poor policy implementation, depreciating currency and extreme inflation have led Sri Lanka to its worst-ever economic crisis since its independence. The situation is so bad that there is no food, no fuel, and no medicines. Sri Lankans are facing daily power blackouts for hours on end. The army has been sent for the distribution of fuel. Exams have been cancelled due to a lack of paper. The common people of Sri Lanka are enraged by the devastating economic and humanitarian crisis and protests are taking place every day across the country. All 26 cabinet ministers and prime minister Mahinda Rajapaksa have resigned from their posts following the violent protests.

The crisis will also have an impact on India as it will have to look after the refugees coming from Sri Lanka. Apart from that, the trade that India does with Sri Lanka will also be hugely impacted by this and India might have to look for other alternatives for the goods imported from Sri Lanka. In order to help Sri Lanka, India has extended a $1 billion credit line along with a $400 million currency swap agreement with the country. But this would not be enough. Sri Lanka also has a total debt of over $51 billion. The IMF, EU and other affluent nations must move forward to bail out Sri Lanka’s crumbling economy.