Obscenity in the name of Bhojpuri should be categorised as adult and sidelined: Sharda Sinha

Padma Bhushan Sharda Sinha takes out time for us and talks about her initial days, shaping folk music and more In the early 1970s, during a talent hunt show organised by Gramophone Company of India, legendary singer Begum Akhtar gave a pat on the back to a young contestant.“Riyaz karo, bahot aage jaogi,” she told the girl. The same girl went on to become a highly acclaimed and popular folk singer who is fondly called Bihar Kokila: Sharda Sinha. She has been a recipient of Padma Bhushan (2018), Padma Shri (1995) and several accolades in music. She sings in Bhojpuri, Maithili and Magahi languages. She is known to have shaped folk music in UP, Bihar and Jharkhand and has taken it to a larger audience. Many believe that what Jagjit Singh has done for Ghazals, Sinha has done equally for folk music. Excerpts from an interview:


Tell us about your initial days.

When I was in school, I had a habit of singing couplets and poems like a song. My father appreciated it and encouraged me to undergo training in music. In those times, every household in UP and Bihar used to have a harmonium and a tabla, and a music teacher used to visit to teach basic notes of music to children. My training began with classical musician Pandit Ramchandra Jha-ji of Panchgachhiya gharana. It used to be a pleasure having him at our house. He used to stay for three days. There used to be six sittings and all my family members used to sit, enjoy and participate in music sessions. And the day he would leave, there used to be a sort of valedictory ceremony for him. So the basic ragas required at the elementary level were taught by him. After a few years, Pandit Raghu Jha-ji [who was also called Sher-e-Bihar] of the same gharana. Toh aise shuruaat hui and uske baad gaana kabhi chhota nahi.

You are known to have shaped folk music. What drew you closer towards it?
Folk bhi wahi se pick kiya. Khelte koodte, shaadi byah se. One always learns the music in one's surroundings. Folk was always there. I remember when my brother was getting married and when my brother and sister-in-law arrived, she asked me to sing, this is part of a rasam [tradition]. I quickly made up a song in Maithili, “Dwar Ke Chhakai Neg Pahile Chukaiho Ho Dularwa Bhaiya, Tab Jaiha Kohbar Apan, ho Dularwa Bhaiya...” Later on this song became the first sanskar geet to be recorded on gramophone. Prior to this no such song was recorded. Earlier, sanskar songs were confined in the four walls of homes and had limited audience. This particular song gained huge popularity. And thus the journey of folk began.

You sing in several regional languages. Which is your own favourite?
That’s really a difficult one to answer. I am from Mithila region of Bihar and my mother tongue is Maithili. But I am in love with Bhojpuri equally. I try to fill in the melody of Maithili in my Bhojpuri songs. Ye jo rishta hai wo ekdum Krishna ka Devaki-Yashoda ke sath jaisa hai. [My relationship with the two languages similar to the relationship of Krishna with Devaki and Yashoda]. 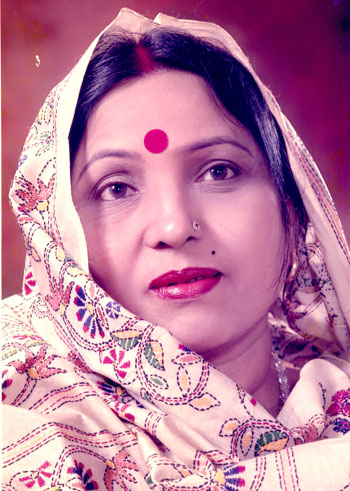 Many relate Bhojpuri music with obscenity. Your opinion?
Sexual content is the most selling product in market. This has been a trend since the beginning and all over. However, it is people’s problem if they frame their opinion on the basis of a few tracks trending on YouTube. It is certainly too little knowledge for you to judge a language and the associated culture. Of course, things on YouTube are promoted, the more money you spend on promotion, the more popular it becomes. It should be understood that what you are seeing there is not authentic. Yes, it’s true that Bhojpuri is being marketed as soft porn and it’s really disturbing. I am afraid the coming generations will not understand the real essence of Bhojpuri. It is a beautiful and flexible language having emotions of its own. It has the power to convey a message without words but certain expressions. Such songs and their producers selling audio porn in the name of Bhojpuri should be categorised as adult and sidelined if it cannot be stopped. If we can do it for our films, why can’t with songs? It is also the responsibility of Bhojpuri speaking people to discard such music and let such music not flourish. I wish such musicians and producers get well soon!

You sang for Bollywood as well. Does it support folk?
It has strong affinity for folk which is encouraging. All great musicians have blended folk into their music and have produced some timeless songs. Folk ke aadhaar par kai filmen hit hui hain. Some songs were recorded just on a dholak.

How can folk be popularised?
If you limit folk with dholak, tabla and harmonium, you draw a line and limit its possibility to do wonders. If we want folk to emerge out significantly, you should be open to change certain patterns maintaining authenticity.

What kinds of experiments do you do while singing and composing a song?
I always take interest in the kind of music being played on my songs, the composition and the lyrics. I used to sit with writers and musicians while developing a song. I want to carry out all experiments but without altering the originality of Bhojpuri, Maithili and Magahi songs. Of course, I don’t believe in mixing Bhojpuri with Punjabi lyrics, the kinds of offers I have had received [laughs]. I am against it. I believe in viable experiments. ‘Pahile Pahile Chhatthi Maiya’ is one recent example. In the past, ‘kahe tohse sanjana tohari sajaniya’ (from ‘Maine Pyar Kiya’) was based on my original composition which was more of a folk but was beautifully done as per the requirements of the film later on. 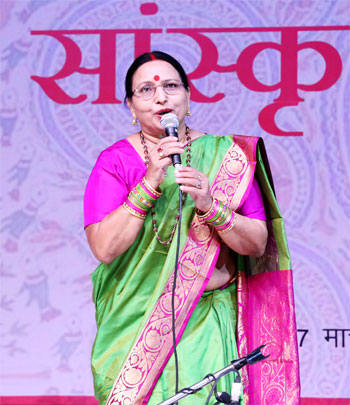 How much time do you spend on riyaaz each day?
Initially, I used to spend around 10-12 hours on riyaaz. I believe the more you practice, the song gets placed in your voice easily. Now that I am busy with several academic works as well, I have divided my practice session in two parts. In mornings, I spend few hours chanting ‘Om’ on taanpura. In evenings, I practice my songs.

Your opinion on talent shows on TV?
I have mixed feelings about these shows. Undoubtedly, people get a platform and new talents come up every year. Some use it and improvise their music to go ahead lekin kuch uss pure system mein phas ke reh jate hain [But some get stuck in the entire system]. Despite all their talent, they take the failure in a reality show as their biggest defeat. So, a lot depends on how they take their failure. Even I was found through a talent hunt programme organised by Gramophone Company of India. But in those days, you could not see who the judges in front of you were. I was being judged by legendary Begum Akhtar. That was a different time. Public never used to decide our calibre. You were not judged on the basis of your clothing, looks and body language. It was all about singing and the voice. Contemporary shows, however, have a lot of problem in their packaging. You are a winner on the basis of votes given by general public and people vote on several factors. This is where music fails. So it guarantees stardom and decides the future but limits the capacity of an individual. Aise shows ko apna bhagwan nahi samjhana chahiye. Hum apni awaz ke dam par hain and that's what is important.