Steps have been taken to tackle black money: Amitabh Kant

Focus is on poor, middle class and merchants so that they start using digital payments The government has initiated numerous steps to combat the scourge of corruption and black money in the last two and a half years, said NITI Aayog CEO Amitabh Kant on Thursday.

Addressing a press conference, Kant said that there has been a spurt in digital payments since demonetisation.

Kant announced two schemes - Lucky Grahak Yojana and Digi Dhan Vyapari Yojana to spur digital payments. He described it as Christmas gifts for the nation. NPCI will announce 15,000 winners of Rs 1,000 each for next 100 days, starting from Christmas Day. 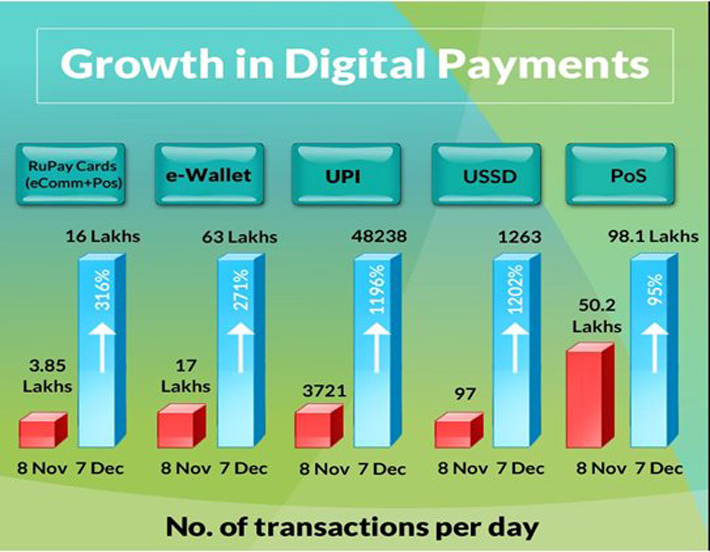 “Our objective is to make the digital payment mode a mass movement,” he said.

The union cabinet had approved a slew of initiatives in February 2016 to encourage digital payments and a transition to less-cash economy in a strategic manner.

The government had launched a major drive for financial inclusion in terms of opening Jan Dhan accounts, giving a statutory basis for Aadhaar, implementation of directs benefits transfer, introduction of RuPay Cards and voluntary disclosure scheme for unaccounted money.

Following demonetisation, there has been a spurt in the digital payments across the country and both the volume and amount of money transacted through digital methods has seen manifold increase since November 9.