The graduates: breaking the curse of manual scavenging

With a new anti-manual scavenging law in place, we look at a few who broke the barrier and are now earning a life of dignity

Despite India's march towards newer opportunities, generation after generation of dalit households remained restricted to manual scavenging. While a law was in place prohibiting the practice, it was rarely implemented. The government has now come up with an amended law – with more teeth. We look at a few individuals who walked their way out – and what they all agree on is that the government help was zilch. Is someone listening in the corridors of power? 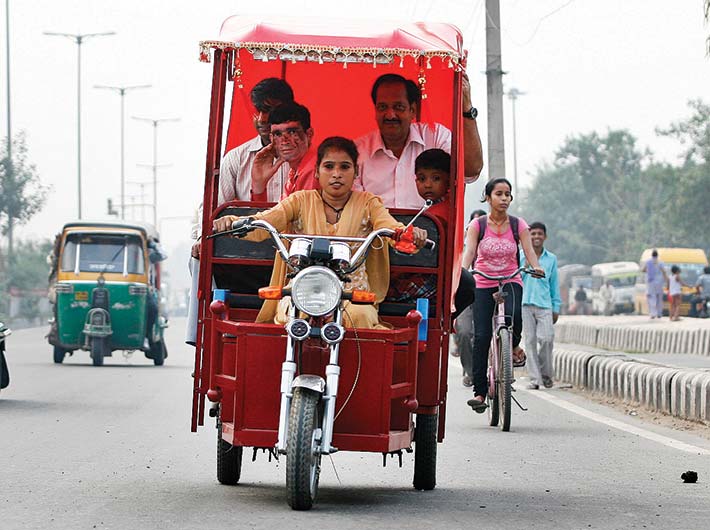 MEENA
“Ram Nagar, Shahadara metro station jaane waaley – chalo chalo chalo,” yells Meena, calling out to passengers headed for those areas. Meena’s voice might not be as audible as those of her male counterparts driving battery-powered e-rickshaws, but it is almost impossible to miss confidence in it amid the cacophony in east Delhi’s Nand Nagri area. She is among a handful of former manual scavengers to have graduated to a life of a little – a lot, to believe Meena – dignity. It’s people like Meena the new Prohibition of Employment as Manual Scavengers and their Rehabilitation Act, 2013 is meant for. To take them out of the indignity of manually removing human excreta from dry toilets, cleaning the sewage and carrying the waste on their head and discard it in huge open trenches on the city’s outskirts.

Having “liberated” herself from this dirty everyday chore long before parliament passed the Act on September 7, Meena today says: “A life of dignity is all that I wanted. Earning money is important but how long can one live without an identity. I did not want to be called a maila safai karmachari (manual scavenger) or a jamadarni (garbage collector) all my life.”

In her late 20s, Meena lives in Nand Nagri – her home being a 10x10 room covered with a tin sheet – with her husband, Mukesh, a daily wage labourer, and daughter Sonia, 4. The room is adorned with several toys, photographs of Sonia and has a refrigerator and a 21-inch TV which Meena got from owners of households where she cleaned toilets (without water connections) till about six years ago. Like others from the Balmiki community, Meena, eldest of five sisters, was forced into the undignified job. “My in-laws and husband, who also worked as manual scavengers, could barely sustain themselves. I did not have an option but to get into that disgusting job as well. And if the trauma of cleaning toilets and removing human excreta with my hands wasn’t enough, I was also denied the right to be treated as a human being – my name did not matter and my profession became my sole identity. Whether it was my mother-in-law or my friends or my neighbours or me, all of us were called ‘jamadarni’,” says Meena, trying hard to hide her anger.

Like others in the community, Meena says she too had become accustomed to people covering their noses and instantly getting aside at the sight of her walking on the road: “More than the work, people’s attitude made me sick. I desperately wanted to get out of this profession.” With help of NGOs, and without any help from the government, manual scavenging is now history for Meena. Between 8 am and 12.30 pm, Meena is out ferrying passengers in her new e-rickshaw around Shahadara area in trans-Yamuna east Delhi. “I drive when my daughter is in school and return once she is home. She is too young to be left alone and needs my care,” Meena says, picking up Sonia in her arms.

At home, the vehicle is then put to charge till her husband gets back from his shift; Mukesh drives it from 5.30 pm till about 9 pm. From a negligible monthly earning, her take-home from driving the e-rickshaw is now about '3,000. “That is a significant accomplishment,” Meena says, beaming. 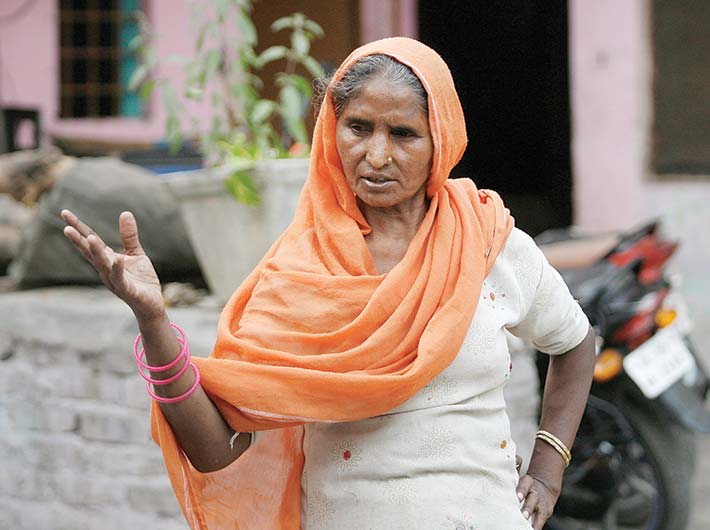 KASHMIRO
A member of the Balmiki community from Baghpat district of Uttar Pradesh, Kashmiro, 55, is the sole earning member of a family of nine. Reason, she says, the even thought of losing out on the only job that members of her community were deemed to do gave her the chills.

“My husband doesn’t work, so I couldn’t even think of sitting at home, no matter how much I hated my work,” she says. “Earlier, it was almost impossible for people from our caste to find work elsewhere. So no matter how capable we were, we were confined to work only in toilets, manholes and sewers. The situation is a tad bit different today, as dry toilets become history, but that that’s only for cities and big towns.”

With counselling from NGO volunteers Kashmiro took the “bold” step of getting out of manual scavenging: she now collects garbage from various households in Sunder Nagri area. “It is great to have come out of manual scavenging but I am still not completely rid of it,” she says. Specifying that she is not sure how long she can feed her family only with money earned from her present job, Kashmiro says life could have been different if the government went beyond mere surveys to identify scavengers. “In all these years, all they (government officials) have done is count the number of people, like me, engaged in manual scavenging. The officials came to take our details but till today I have not been able to understand the purpose of this exercise.” “No benefit or monetary help came our way, and I don’t think they will do anything for us either.” 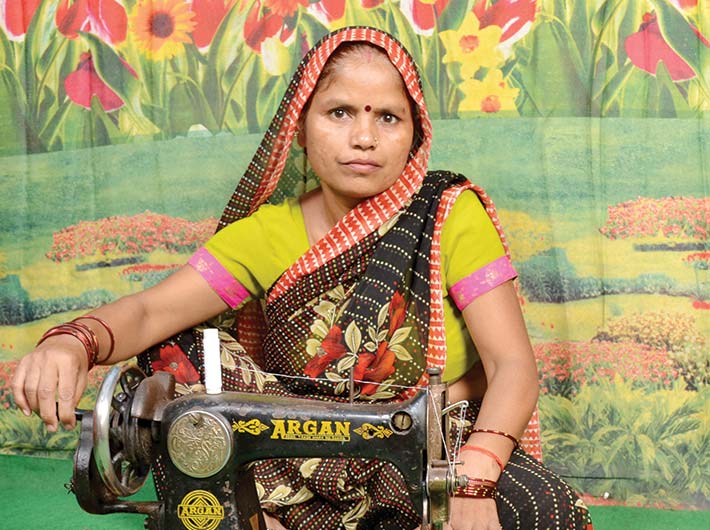 PUSHPA DEVI
From: Aligarh, Uttar Pradesh
Then: Pushpa, now 35, has been cleaning dry toilets almost all her life: “Bahut beizzati si lagti thi aur ab jaa ke pata laga ki izzat kise kehte hain (That job was very humiliating. It’s only now that I have started being treated with respect). I always looked for opportunities to try my hand at something else but couldn’t – because of my caste.

The spark: Having done a three-month tailoring course – as “the fee was meagre” – by attending afternoon classes after the day’s work, she left manual scavenging for good last month.

Now: Starting with alteration of clothes, she plans to eventually move on to stitching clothes for women. Over the past month she earned around '1,500 – a three-fold jump. 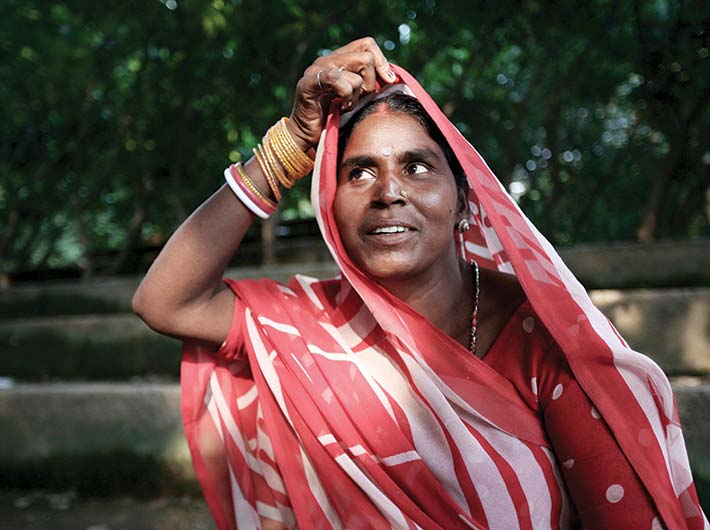 CHANDRAVATI
From: Chayanpur village, Siwan, Bihar
Then: In her late 30s now, Chandravati got into manual scavenging immediately after her wedding around 10 years ago. “No one takes up such a job out of choice, and earlier there weren’t too many exit routes either.

The spark: With more alternatives available, she mustered the courage to quit her menial job around six months ago.

Now: A daily wage labourer, she prefers irregular and infrequent earnings over her monthly take-home from manual scavenging. “I hope to find a more stable job – like working as a domestic help, for instance – now that caste barriers are slowly vanishing.” 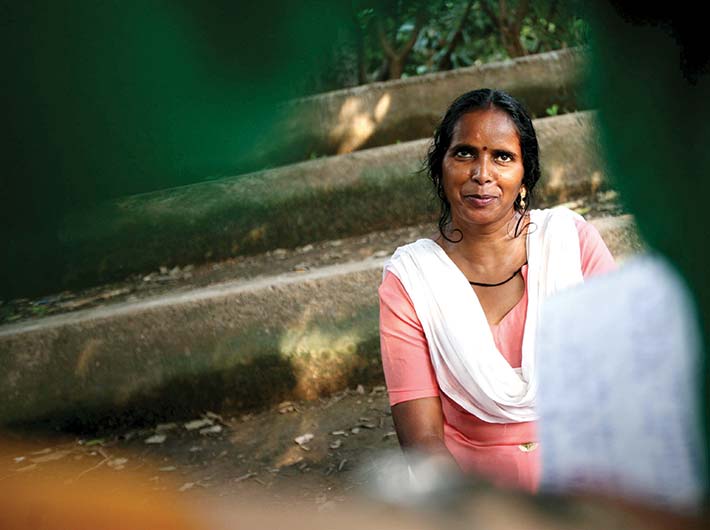 MAYA
From: Paleda village, Meerut, UP
Then: Having started scavenging as a teenager, Maya, 37, says the profession is not only unsafe but also undignified. “I couldn’t tolerate the social stigma – people looked down upon us without realising that their houses would rot but for us.”

The spark: Resolving to put an end to the inhuman practice, Maya joined Safai Karmachari Andolan in 2010. “After quitting, I made my husband leave manual scavenging. This motivated me to help others too. So far, I have been able to make nine districts of UP manual scavenging-free and helped liberate around 300 women!”

Now: Maya and her five children now depend on earnings of her husband – now a daily wage worker. “Having to manage in whatever little he earns is the price I’m ready to pay to live a dignified life. But there is still a lot more left to do, a lot more lives to improve.” 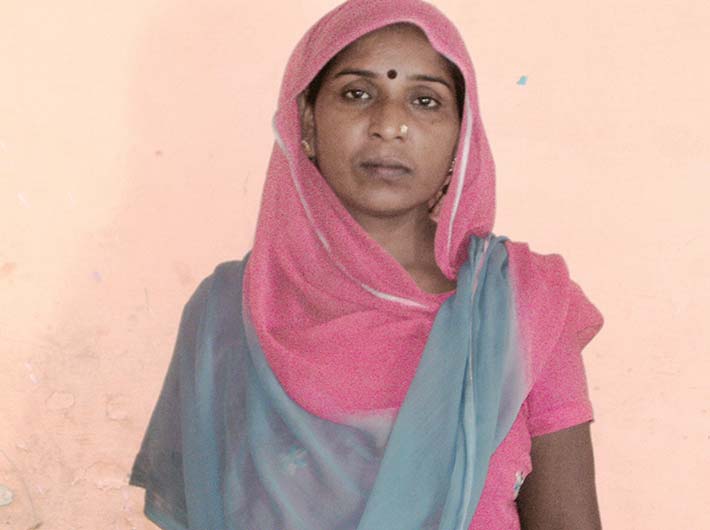 SAPNA NANDKISHORE
From: Lalkhan Akhepura village, Alwar, Rajasthan
Then: Having spent 25 years of her life removing human excesses from marketplaces and dry toilets in households, life was a constant fight with stink: “Whether cooking or eating, I would constantly recall my day’s work. But my kids were more ashamed and wanted me to quit.”

The spark: After counseling from NGOs five years ago, Sapna’s father-in-law gave her all his savings for the couple to open a ration shop at their home. “And I haven’t looked at a dry toilet ever since!” says Sapna, 33.

Now: I sell groceries at the shop while my husband looks after procuring the goods.” On an average, the couple saves around '3,000 every month.