Right to Education: No sweeping change yet At least once a week, nine-year-old Durga starts her day cleaning the floor of her classroom. She studies in a primary school in Kankrel village, in Amber block of Jaipur in Rajasthan. While students come at around 9 am, teachers arrive only at 10. Students here take turns to clean the floor of the classroom and the names are decided in advance.

The school has been equipped with basic infrastructure. It consists of concrete building with three classrooms, one of which is locked and not operational. Students wear uniforms and have books to read. There are two teachers for the total strength of 19 children in this primary school. There is no electricity connection and no toilets. Desks are missing and children sit on a durri.
Durga who studies in class five has to share her classroom with children from grades three and four. During lunch hours, at around noon, she along with her friend carries big utensils filled with mid-day meal on her head. She leaves for home after the mid-day meal. In between all the activities she studies.
She wants to learn and thus never miss coming to school. But when asked if she could read her textbook, the answer was no.
This is how most of the schools in rural India operate. And many like Durga, despite being part of the education system for years, are not learning yet.
In April 2010, the central government brought a law guaranteeing the children access to free and compulsory primary education. Based on a simple idea of universalising education, the law brought with it a lot of hope. It also mandated several facilities including building and infrastructure, student-teacher ratios, working days for schools, working hours for teachers, and appointment of trained and qualified teachers. But what the law did not really focus on was the learning outcomes. Since 2010, the law has been facing several challenges in effective implementation.
While the enrolment has certainly gone up over the years, many schools lack basic facilities. And education or learning still remains a distant dream for most of the children.
The law also mandated that no child be held back in class until they complete the elementary education (that is, up to class 8). Though the students get promoted to the next class, they do not learn what they should in a given class. Most children studying in government schools cannot really read. And if they can read, most of them do not really understand what they are reading.

Poor learning outcomes
While there have been many attempts to bring reforms in the school education system, the nationwide learning assessments highlight that the situation on ground is still bleak. There has been little progress as far as the basics of reading, writing and arithmetic of schoolchildren are concerned.
The Annual Status of Education Report (ASER), released in January this year, broadly reflects the same numbers on learning outcomes which the report did a decade ago. The report shows that India continued to fare badly in the overall learning level. The results of the reading level and understanding of mathematics are disastrous. The report is based on the largest annual household survey in rural India and focuses on the status of school education and learning. 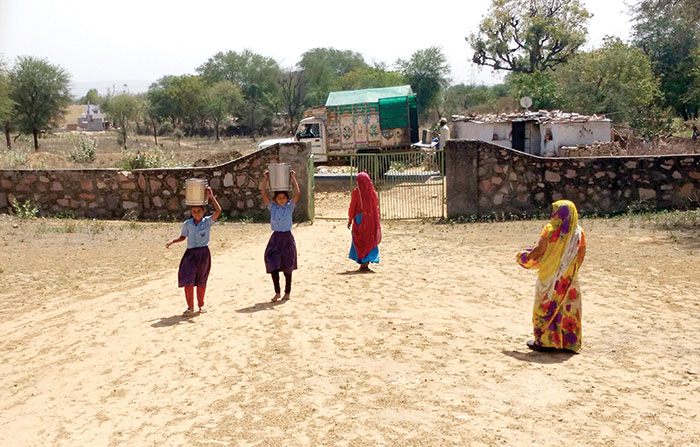 Explaining the learning problem in schools, Rukmini Banerji, CEO of Pratham Education Foundation which facilitates the ASER report, says that the demand for schooling and education has expanded over the years but the expectations have really not been met. She says the RTE Act was designed to put a lot of effort on the infrastructure and there has been a steady improvement on this front. “The original Act was not focusing on the learning outcomes. It is only now that the government has started focusing on it. We should be hopeful that with the amendment things will improve and learning outcomes will get high priority.”

She says that authorities are concerned about learning outcomes. The big thing about learning is the assessment and today there are far more assessments happening than it was ten years ago.
Bhatty suggests that states should become proactive as there is scope for immediate solution from the central government. Delhi, of course, has set an example as it has doubled the budget allocated for education. But, Bhatty says, there are other issues that should be taken care of. “There is no fixed solution. We will have to see if this will be sustainable. Will the improved learning outcomes continue for five years down the line? There is still huge vacancy of teachers.”
Seven years after the launch of RTE, it is high time we looked out for ways to enhance fundamental learning in schools. There is a high price to pay for endless delays, and it is being paid by many like Durga.
feedback@governancenow.com
(The story appears in the June 1-15, 2017 issue of Governance Now)

BMC administrator Chahal empanelled to the rank of GoI secy

Decorated IAS officer and BMC commissioner-administrator Iqbal Singh Chahal has been empanelled to the rank of Secretary to the Government of India. Chahal has been credited with controlling of the Covid-19 pandemic in the city through the famous ‘Mumbai Model’, winning the prais