"If someone has won today, it is the people, the democracy"

As BJP makes a stunning sweep in the 2019 Lok Sabha elections, here are pictures of the celebrations among supporters and PM Modi Making a clean sweep against the Indian National Congress (INC), the Bhartiya Janta Party (BJP) is set to win about 300 of the 543 seats in parliament all by itself.
In 2014, a Narendra Modi wave had swept the whole of North India to propel the BJP to power at the Centre. The BJP had become the first party in 30 years to win a single-party majority in a Lok Sabha election.
Celebrations broke out outside the BJP headquarters in Delhi on Thursday as Narendra Modi was announced to power the second time around in a stunning election win.
Thousands of BJP supporters took to the streets with saffron color for miles in sight, fireworks, Modi masks and the lotus flag waving in every second person’s hand.
The 68-year-old prime minister was showered with rose petals and a massive saffron and green color garland by party members and thousands of supporters as he arrived at the BJP headquarters on Thursday evening.
Addressing the crowd of hundreds of BJP workers in the middle of light drizzle, PM Modi said, "Megh raaj bhi aaj humaare beech shamil hone ke liye aa gaye (Even the God of clouds has joined us in our celebrations)". "If someone has won today, it is the people, the democracy," said PM Modi as the crowd burst into loud cheers. 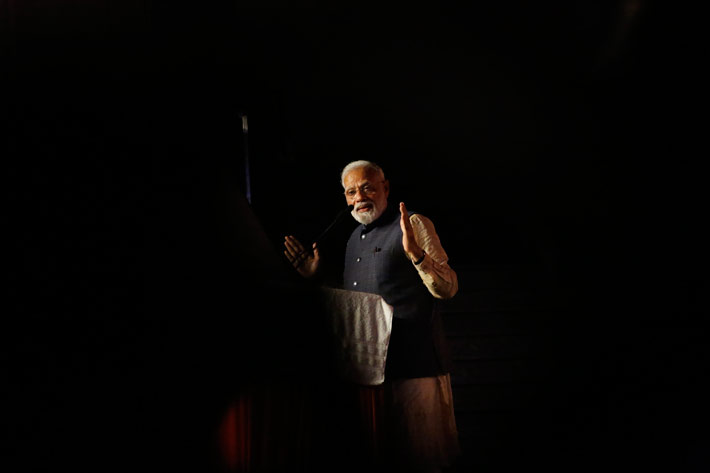 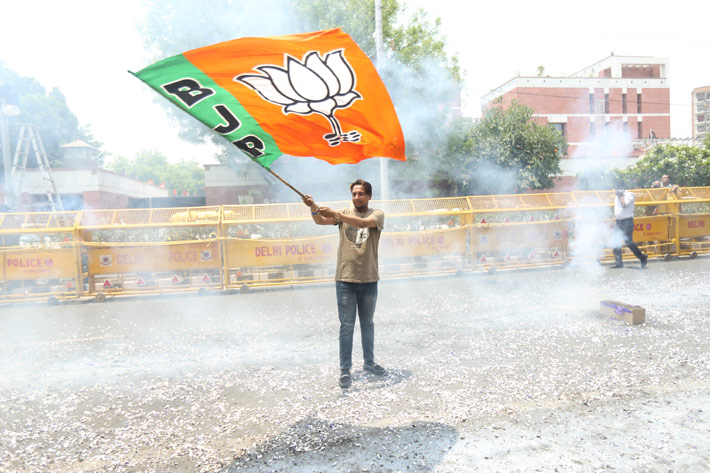 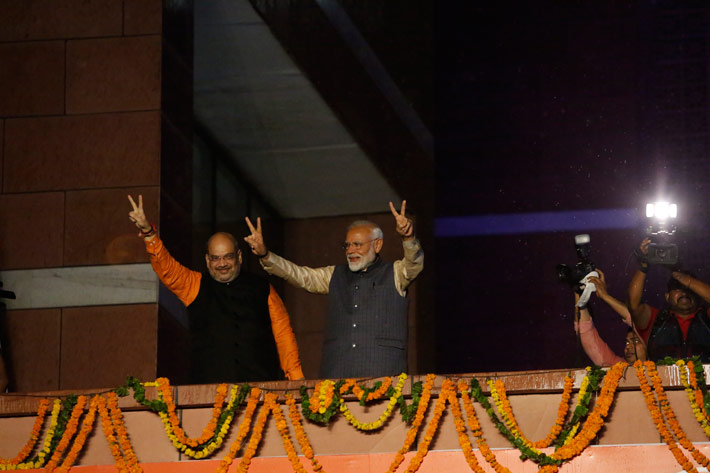 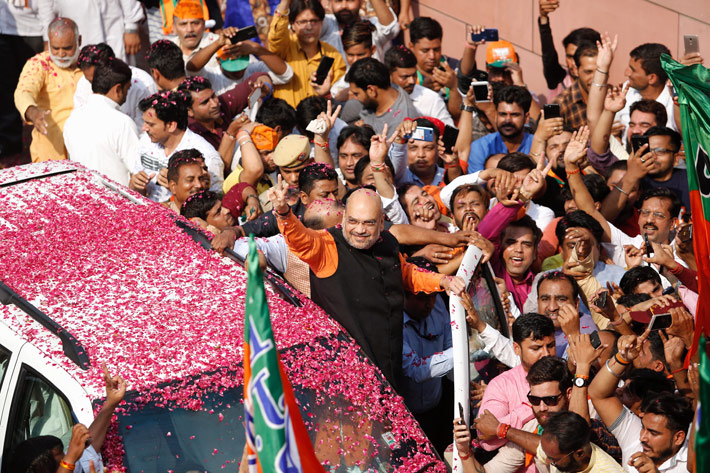 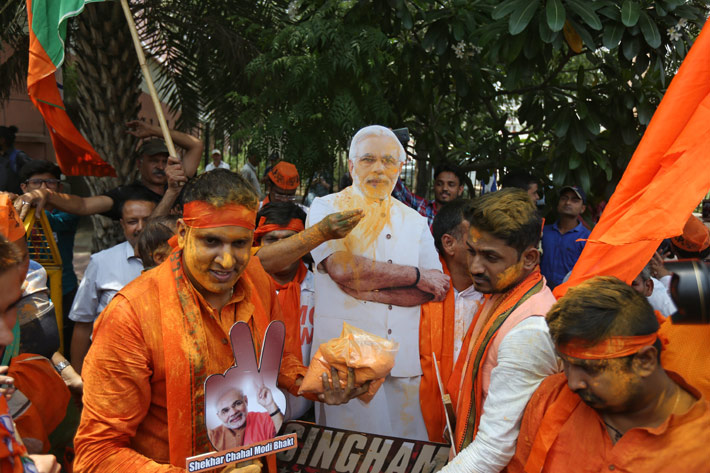