A bitter crop of woe

Farmers from across the country gathered at Parliament Street in Delhi on November 30, 2018, to draw attention to their sorry lot. They say farming is no longer viable as a livelihood. To top it, they face huge loan burdens. Corruption is rife in officialdom, and middlemen rule the roost. Rahul Trivedi and Deexa Khanduri of Governance Now spoke to some farmers: "I grow paddy and wheat on four acres, and my annual income is Rs 2 lakh-2.5 lakh. With this, I have to support five people: my wife, a son, his wife, and a grandson. My loan burden is Rs 4 lakh. How will I ever pay it off? I am here to demand that the government waive farm loans and implement the Swaminathan committee report. Without loan relief for farmers, the country will not grow."


"It's not only about loans, it's also about making it easier for farmers to get loans for agricultural purposes. Bank officials demand 10 percent of loan amount as bribe. A farmer who borrows Rs 1 lakh ends up getting only Rs 70,000-80,000. Lots of farmers have committed suicide in Patiala. Among them are those who had taken loans from private money lenders who charge exorbitant interest rates. Burdened by debt and inability to pay off loan sharks, they commit suicide. There's psychological pressure and financial pressure on them. Despite the efforts of the government, middlemen thrive from looting farmers. They don't pay the actual rates and we end up selling our produce below MSP. If the government does not act, many more farmers will end their lives."


"We have three acres and we also farm on leased land. I have two sons, two daughters, and there are my grandchildren. We all work in the fields. There's a huge loan burden on us. I borrowed Rs 7 lakh from a bank, paying 10 percent as a bribe. Besides, I borrowed Rs 3 lakh from a corporate bank, and about Rs 5 lakh from money-lenders who charge 1.5 percent monthly interest (that's 18 percent annual rate of interest). Our annual income is Rs 5 lakh-6 lakh, just not enough to sustain the family and pay off loans. Neither the centre nor the state government has waived farm loans. If the government does not act, farmers' lives will go from bad to worse. Farmers are said to be the top priority of the government, but do you think they are? Just think of government employees, who earn well and enjoy pension benefits after retirement. What about farmers, though? There's no fixed income, they aren't given the facilities they need, they have to fight for everything. They try to bear adversity as best they can, but often they commit suicide out of frustration." 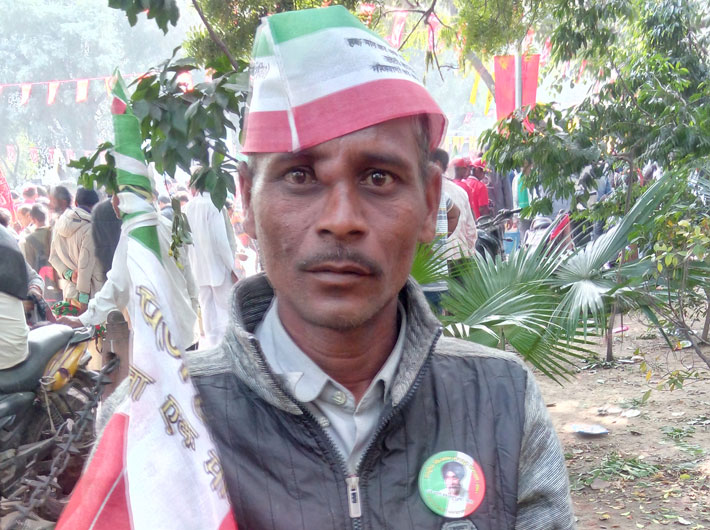 "We have four acres, and farming is my only source of income. We are a family of five. In 2014 I borrowed Rs 82,000 rupees through KCC from a bank. I had been told my loan has been waived but later, the bank said my name was not on the list of waivers. I had to borrow from money-lenders to pay the bank Rs 1.5 lakh, with the interest. The money-lenders charged me 4 percent monthly interest. If I hadn't borrowed to pay off the bank loan, the bank would have auctioned my land. I haven't yet been paid for my sugarcane crop of 2016. Middlemen still profit hugely, leaving farmers poor. Mandis are also in bad shape. The government had said that a lab will be established but no work has been done at the ground level. I had to get a well bored for irrigation but I never received any help from the government. It is very difficult for farmers to run their families." 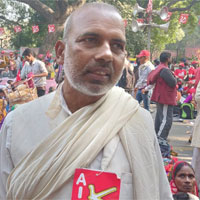 "With me are many farmers from Bihar. They don't have land of their own. Forty years ago, the land they had was washed away by floods and a river changing course. The government had then announced 10 decimals of land for farmers, but so far we haven't got anything. A lady, Sunita Devi, committed suicide due to huge pressure from money-lenders. The officers in the department are corrupt. They sell the original seeds and give us the local seeds which are of no use. I had repaid loans by putting my wife’s jewellery as collateral and borrowing money at 3 percent of interest per month from private money-lenders. You tell me how feasible it is for farmers to do farming." 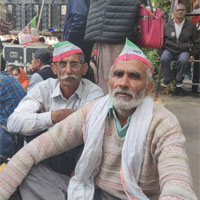 "I have taken a bank loan of Rs 2 lakh against my 12 acres. I now have to repay Rs 3.5 lakh. Loan waivers have only helped farmers who are defaulters. Since I paid back three installments, I am told I'm ineligible for loan waiver. In Uttar Pradesh, chief minister Yogi Adityanath announced loan waivers for farmers, but there are so many regulations that some farmers ended up getting no more than a rupee in compensation. I had voted for the BJP in 2014 and in the 2016 Uttar Pradesh elections hoping to see achhe din. But we have no options left. I take part in farmers rallies because I want the government to either let us live with honour or give us poison."
*****
Bikar Singh, 28, Pilibhit 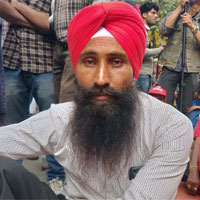 "I grow sugarcane on seven acres. I've forfeited my property because my loan amount has risen to Rs 12 lakh. Last year, I pulled my two children out of a private school. I've been defaulting on the loan because I earn only Rs 20,000-30,000 per year. To make matters worse, the government has hiked electricity rates in the name of improving supply in rural areas. Every government speaks of loan waivers but which of them implements it in a way that benefits farmers?"
*****
Sunita Devi, 30 years, Badauni 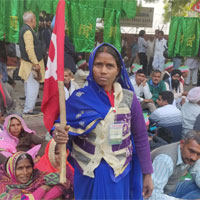 "The Modi government has done nothing for people like us in the last four years. We don't have a place to live, we have no land, no BPL cards, no toilets at home. All I want is meals two times a day. I lost my farm, my husband is disabled, I have six daughters. We don't have food, how can we think of educating our children?"
*****
Ramesh Jugitadani, 14 years, student, Nandurbar district 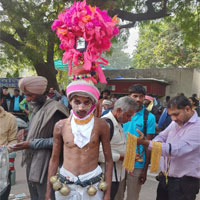 "I'm here with 11 friends from the Bhil and Pawra tribes. My community was displaced from Manibeli in 1993. We lost 12 hectares, our house, our livelihood to the dam and there's no compensation yet. We grow rice, and since there's no MSP for it, we're at a loss. We are protesting to get MSP for rice."
*****
Vijay Jhalandhiya, 64 years, All India Kisan Sangharsh Samanvay Committee, Nagpur 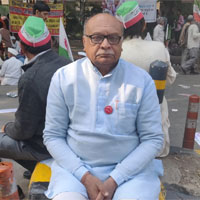 "I'm not a farmer, I'm a landowner. I'm angry and sad, seeing the condition of farmers and landowners. For the past six years, I'm unable to pay those who work in my fields the money they deserve. The government is playing with farmers' sentiments and harassing us. At least decide on MSP, and support farmers and farming. A few babus at the mandis are looting all annadatas (farmers). The government should listen to farmers' grievances."