More than two-third of their income comes from anonymous sources, shows an ADR analysis As much as 69 percent of the income of six national political parties and 51 regional parties has come from unknown sources, according to a long-term data analysis carried out by the Association for Democratic Reforms (ADR).

The total income of these parties between FY 2004-05 and 2014-15 was a whopping Rs 11,367.34 crore. However, their total income from ‘unknown sources’ (that is, income specified in the income-tax returns whose sources are unknown) was Rs 7,832.98 crore or 69 percent. For the Bahujan Samaj party (BSP), all of its income is from unknown sources.

The figures are taken from their IT returns and statements filed with the election commission. Political parties are not required to reveal the name of individuals or organisations giving less than Rs 20,000. As a result, over two-thirds of the funds cannot be traced and are from ‘unknown’ sources. “This becomes very relevant in the light of recent events when demonetisation was announced so as to weed out black money from the society,” the ADR said in a statement issued after a press briefing on Tuesday. 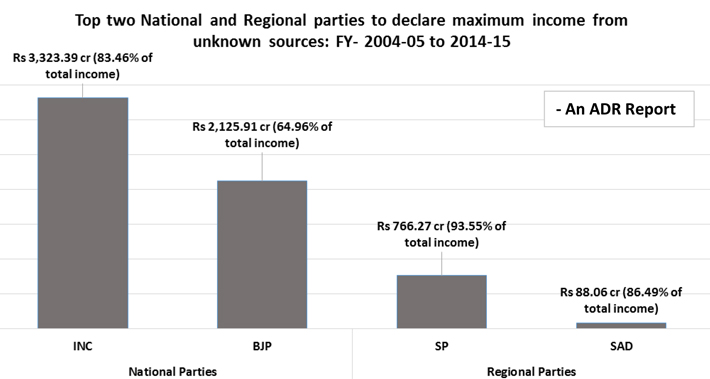 Moreover, it said, while the national political parties were brought under the RTI Act by the CIC ruling in June 2013, they have still not complied with the decision. “Full transparency is, unfortunately, not possible under the current laws, and it is only the RTI that can keep citizens informed.” 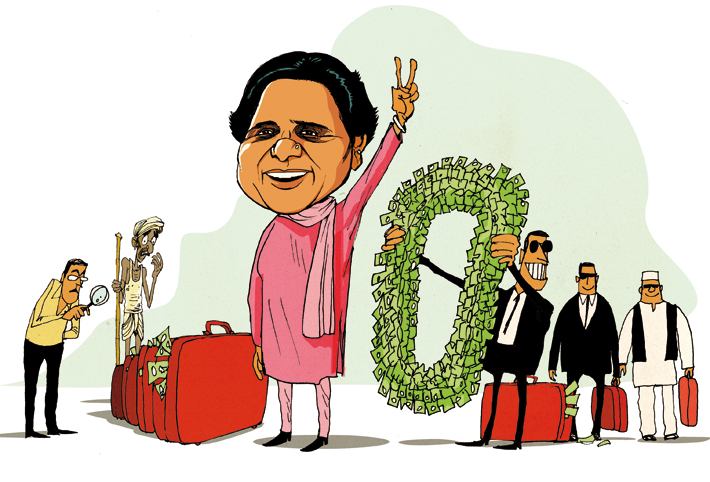