Women were the agents of change who made Hirmathla, a village in Haryana’s Mewat region, free of open defecation. And this was much before Toilet: Ek Prem Katha A quiet Arab spring led by the veiled womenfolk of Hirmathla is behind making this village in Nuh district, and for that matter, nearly all of Haryana an open defecation free (ODF) zone. Women who for generations and till recently had to cringe in shame, put up with mental agony and physical pain to deal with something as natural as the process of expelling undigested matter are now in the forefront to maintain the ODF status of the village. The difference, however, is that the revolution in Hirmathla happened much before prime minister Narendra Modi initiated the Swachh Bharat Mission (SBM). 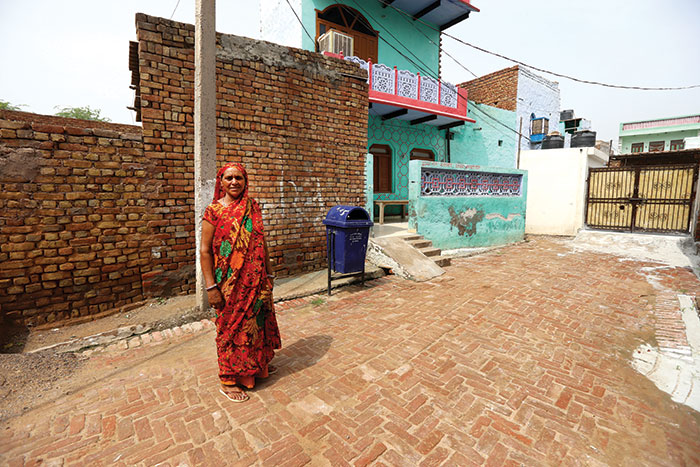 The lanes of Hirmathla are clean and sans garbage

As we came after meeting Bimla, who is an ASHA (accredited social health activist) and knowing that common ailments like loose motion and jaundice had come down by half ever since toilets were built in the village, we have almost started believing the Hirmathla model is ideal for making India open defecation free until we meet three angry young men. They are sitting in the middle of the village square  – a paved place at the confluence of streets. On inquiry they say that they were waiting for the water tanker so that they could get water and take bath. “It’s my off day and I will waste it waiting for the water,” says Jamaludin, who works as a driver in a private company in Gurugram. He believes that keeping village clean is impossible unless a regular water supply is ensured. “What is the point of women learning skills and giving speeches in Delhi  –  his allusion is to village women attending leadership training programmes in Sulabh’s central office  –  if they can’t get us water,” he says angrily.
Everyone admits that the acute shortage of water in Hirmathla poses a serious challenge to keeping the village clean and maintaining its ODF status. Vijay Laxmi says most villagers of means survive on water tankers supplied by private players for Rs 700 each. Each family has to build an underground storage tank costing in the range of Rs 30,000-50,000. “In winter, one or two tankers are sufficient for a normal family but in summer, large families have to purchase even three to four tankers,” Vijay Laxmi says. Surely not many can afford this. 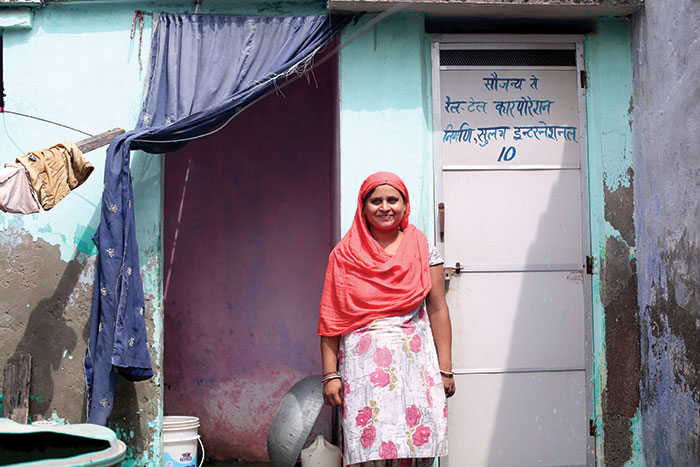 Sarpanch Poonam in front of the toilet inside her house
At the panchayat meeting, sarpanch Poonam attends with her face covered in a dupatta and her mother-in-law in tow to act as her spokesperson, literally..
She tells me that being a daughter-in-law, she is not supposed to speak before the village elders. So the two women have devised a plan; at the meeting, Poonam conveys her decisions to her mother-in-law, Jaishri, who in turn, speaks up for her. At one such meeting, the villagers confronted Poonam on water shortage. She had already written to the government and asked for laying a water pipe to the village. “First, it was cleanliness and now getting water to the village is my top priority,” she says.
Naseem says NGOs cannot bring water to the village. “Even if we are prepared to help the villages, we are not authorised to do it.” He worries that if the water crisis is not addressed, the ODF plans may get off track.
aasha@governancenow.com

(The story appears in the September 1-15, 2017 issue of Governance Now)
Also read: The Man on Mission Number Two