Amidst rising complaints of poor food quality, Indian Railways has once again handed over catering services to the IRCTC. Can the corporation save the face this time? Poor quality”, “same menu since ages”, “unpredictable”, “not worth the money” – these are some of the terms used by regular train travellers to describe food served in the Indian Railways. After receiving several complaints by passengers on quality of food and overcharging, the ministry of railways circulated a price list of all food items sold on Indian Railways through its official Twitter handle on March 21. The NDA government has also introduced a new catering policy that seeks to address such problems.

Under the Catering Policy, 2017, the Indian Railways has once again given the job of handling food business to the Indian Railway Catering and Tourism Corporation (IRCTC). The corporation was handling the food affairs of railways from 2003. In 2010, however, the reins were snatched from its hands and given to the zonal railway units. 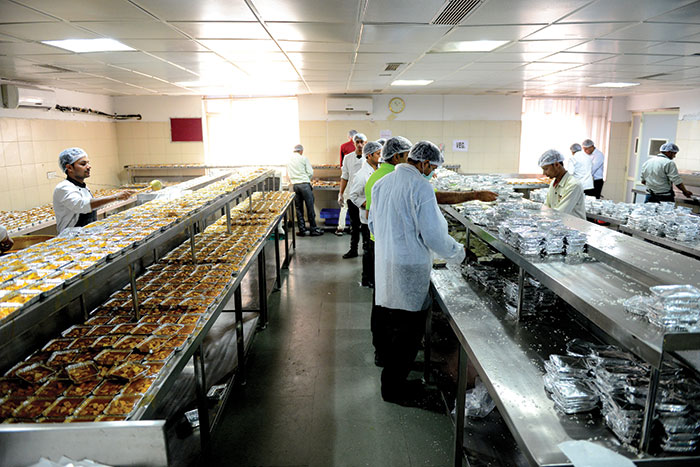 IRCTC’s first fully mechanised central kitchen was established in 2012 in Noida. Spread over a sprawling 43,000 sq feet area, it prepares around 10,000 meals per day

This frequent change of catering responsibility has drawn criticism from many. But this time, the ministry of railways seems convinced that the IRCTC will “yield fruitful results”.

The new policy, though good in its intent, is very much detached from the ground reality.

Unveiled after a gap of seven years, the new policy unbundles catering into two activities: food preparation by IRCTC and food distribution by private parties engaged by IRCTC.

Currently, the IRCTC serves food in 124 pair of trains, while the zonal railways look after 235 trains. The new policy mandates IRCTC to provide catering services to all 359 Rajdhani, Shatabdi, Duranto, mail and express trains across India.

In the first phase, 25 trains including Rajdhani and Shatabdi on the Delhi-Mumbai route have been chosen and 13 kitchen establishments on the said section have to be upgraded by the IRCTC. 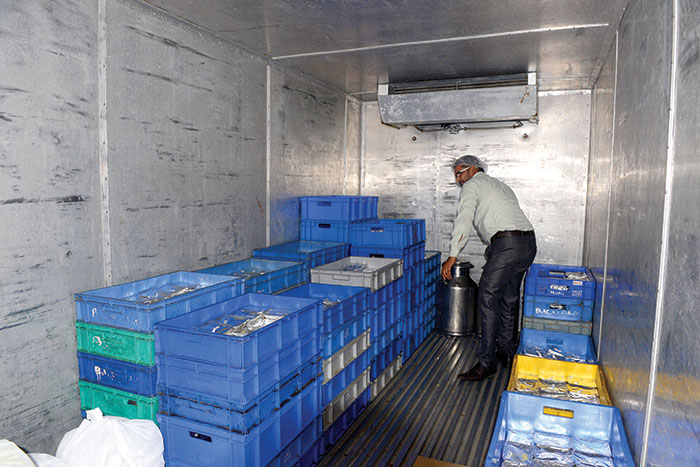 Apart from upgrading the kitchens, the catering corporation also has to set up around 100 mechanised base kitchens. At present, the railways and IRCTC run only five base kitchens located in Noida, Delhi, Ahmedabad, Patna and Mumbai. Cooked food from these kitchens is delivered to hundreds of trains.

Considering the volume of work IRCTC has been entrusted with, it would take at least one to two years to implement the new policy. The move is seen as the railways’ effort to shrug off the burden of managing catering in the wake of rising complaints.
Moreover, the policy doesn’t address the issue as to how IRCTC, which  is incurring huge losses, will implement the recommendations. Post demonetisation, after the government waived off service charges on e-tickets, the corporation has not been making profits. In such a scenario, handling catering services of the railways, which requires massive investment, has taken a toll on the corporation.
For IRCTC, the main source of revenue generation is through the service charge levied on the sale of online tickets. It earned service charge revenue of Rs 551 crore in 2015-16 fiscal, a two fold increase compared to Rs 256 crore in 2014-15, as per IRCTC officials.
But after the government waived off service charges, its profit story took a nosedive. The corporation is now incurring losses of Rs 45 crore every month.
As a result, the IRCTC has no option but to depend upon the government for reimbursements. Understanding IRCTC’s dilemma, the ministry has written about this issue, several times, to the finance ministry, but there has been no response yet. 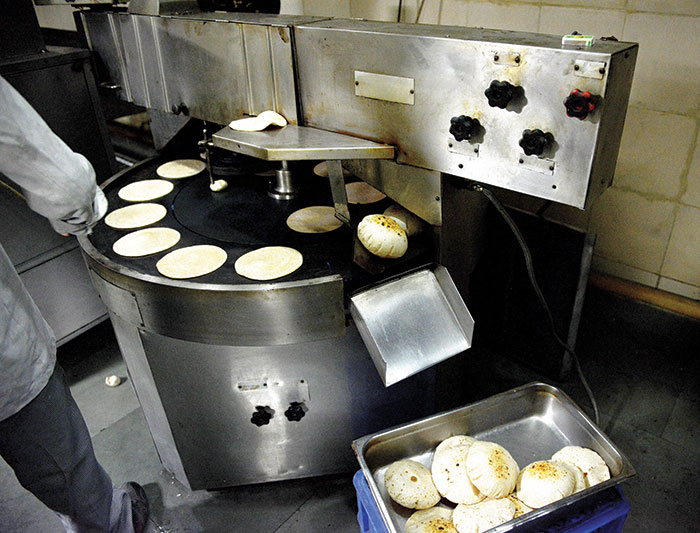 Equipment like Hackman Kettles, brat pans and ovens have been imported from Finland, Italy and France

The new policy has suggested that the proposed base kitchens would be set up on a public-private partnership model, yet it has not provided any clarity as to how the IRCTC would involve the private sector.

Also, some experts on railway allege that the new catering policy favours elite class passengers travelling in AC coaches, and it neglects the 95 percent who travel in general class. 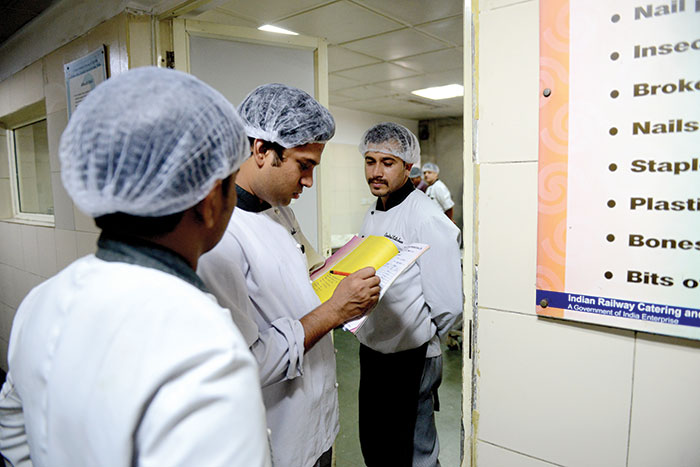 Concurring with this claim, Shiv Gopal Mishra, general secretary, All India Railwaymen’s Federation’s (AIRF), says, “The new catering policy is designed to benefit the niche market. Services like e-catering and ready to eat meals have been unveiled to benefit AC class passengers, while a common passenger finds it difficult to avail quality food in sleeper and general coaches. A poor passenger cannot buy these expensive meals on board.” 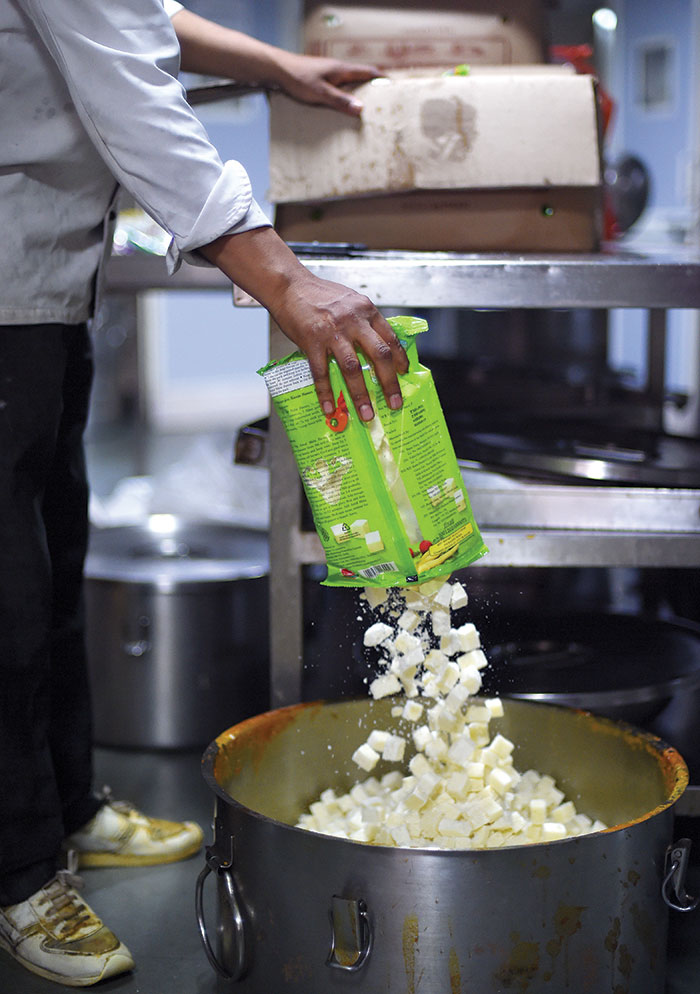 Mishra is also apprehensive about the low staff strength with the IRCTC, which would result in poor supervision. “Catering should be with the railways, as it is a robust organisation and can manage it effectively,” he says. 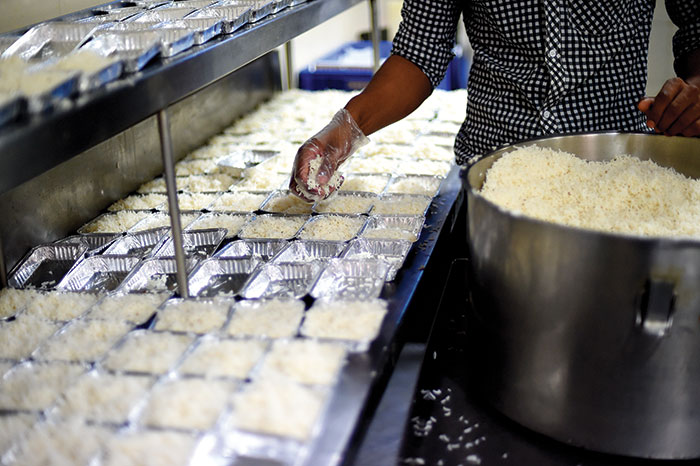 However, a senior railway official believes that the main culprit behind the poor quality of train food is political intervention in catering issues. “It is all because of the political lobby. A few big private contractors bag the contract and never deliver the desired results,” he says. 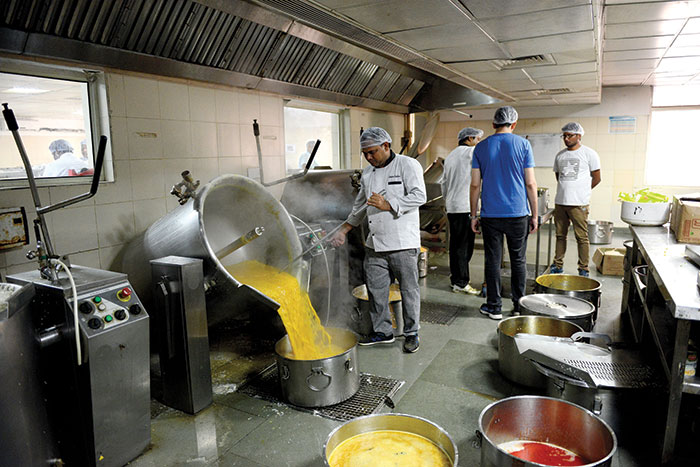