World No Tobacco Day: Pictorial warning, a picture worth a thousand lives

Health ministry’s one-year delay in implementing new, bigger pictorial warnings on tobacco products shows how the government has given in to industry pressure After a new health minister, a court case, a contempt plea against the health secretary and a full year of deliberations on the harmful effects of tobacco in all forms by the parliamentary Committee on Subordinate Legislation (CoSL), the health ministry has finally submitted a notification dated September 24 in the Rajasthan high court that the new, bigger pictorial warnings covering 85 percent of the tobacco packets on both sides will be implemented on April 1, 2016.

Still, that is six months from now. In this time, 9,90,000 youth in India will be hooked to tobacco as per the Global Adult Tobacco Survey 2009-10. The country will also witness 4,90,550 deaths due to tobacco use in these six months, going by the data trend.

The move comes a year late despite clear evidence of the heavy health burden of tobacco consumption. Global research has shown that pictorial warnings on tobacco packets are an effective strategy to control tobacco use. Civil society groups allege that the delay in implementing new pictorial warnings is a deliberate move. They are also sceptical of the seriousness with which the new notice has been issued.

“A few days before April 1, the (health) ministry is going to turn back on its word and issue a new notification reducing the pictorial warnings to 55 to 60 percent,” says advocate Rahul Joshi who is also the petitioner in a Rajasthan high court case against deferring the pictorial warnings. He fears that the new notification is an eyewash. “Once the government rules are formed, it cannot defer them. By going back on the 2014 notification, the government is actually puncturing Section 31(1) of COTPA,” Joshi says.

He would appeal the Rajasthan high court to ask the ministry to submit a progress report to the court within a fortnight committing that the pictorial warnings should not be deferred. “The industry has already had more than seven months and giving them another six months is not justified,” he says.

The health ministry, meanwhile, is pinning its final decision after the CoSL submits its full report. The CoSL was appointed to deliberate upon the new pictorial warnings after the Lok Sabha MP from Allahabad, Shyama Charan Gupta, opposed the ministry’s move.

“The CoSL was just an excuse for delaying the health warnings since the pictorial health warnings have been again notified without the recommendations of the CoSL,” says Bhavna B Mukhopadhyay, chief executive, Voluntary Health Association of India, a non-profit organisation. “What stopped the health ministry from going ahead with the warnings in April 2015?” she asks.

The CoSL presented its interim report on March 18, 2015 calling the move for larger pictorial warnings “arbitrary, excessive and unreasonable”. The committee has been asking for evidence to link tobacco consumption with cancer and other diseases, ignoring the fact that parliamentary committees in the past have pushed for stricter tobacco control measures.

A CoSL of Rajya Sabha recommended in 2013 that the ministry should prescribe stronger, effective and field-tested pictorial health warnings covering at least 90 percent of the product. It also called for a ban on loose cigarettes.

Tobacco is one health hazard that the ministry cannot tackle as a standalone issue. For decades evidence has been put before it that tobacco consumption causes cancer; it is responsible for most respiratory illnesses and is known to affect reproductive health in women and cause impotency in men.

On the World Heart Day, September 28, leading cardiologists in the country also put their weight behind tobacco control measures. They emphasised reduction in tobacco consumption to prevent premature deaths by various heart illnesses. The message by the doctors coincided with the UN General Assembly meeting in which the sustainable development goals (SDGs) were adopted by the 193 member countries. UN SDG Target 3.a under Goal 3 of Global Health and Wellbeing states that the countries must “strengthen the implementation of the WHO Framework Convention on Tobacco Control (FCTC) in all countries, as appropriate.” 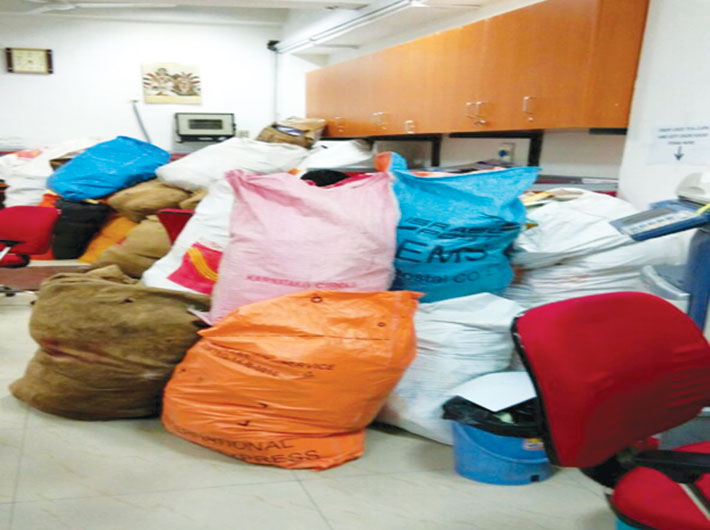 “Tobacco is a huge cause of premature mortality. There is no way we can achieve SDGs without effective tobacco control,” says Dr K Srinath Reddy, president, Public Health Foundation of India (PHFI), a research institute in the public-private sector. By controlling tobacco consumption, 25 percent of all heart attack-related deaths can be avoided, he stresses.

Yet, despite pressure from various quarters to regulate the sale and use of tobacco in the country, the health ministry has given in to pressure from one stakeholder – the tobacco industry.

Pictorial warnings on tobacco products were introduced by the health ministry for the first time in 2009, after the supreme court intervened, following the global practice. These pictures were revised every 12 months, without increasing the size of the warnings. Since 2013, the ministry has not come up with a revised set of pictures, making their impact minimal.

After Dr Harsh Vardhan took charge of the ministry in 2014, he issued a notice on October 15, 2014 that caused a stir in the tobacco industry as well as in the government quarters. Taking a cue from Thailand, the country with the biggest pictorial warnings, the notice said that the pictorial warnings on all tobacco packs will be increased to 85 percent (60 percent photo and 25 percent text) of the space and cover both sides of a packet of cigarette, bidi, gutkha and any other product that contains tobacco in any form. The pictorial warnings today cover only 40 percent on only one side of tobacco packets.

Vardhan formed an expert committee headed by KC Samria, joint secretary, health ministry, comprising of doctors, WHO representatives and civil society members. The pictures with the highest efficacy during field testing by John Hopkins University along with technical collaboration of the WHO were finalised for implementation. As per the Cigarette and Other Tobacco Products (Prohibition of Advertisement and Regulation of Trade and Commerce, Production, Supply and Distribution) Act (COTPA), 2003, guidelines, the industry was given six months to introduce the new packets.

The ministry was eager to go ahead with the move as India’s tobacco control measures in the area of pictorial warnings ranks a poor 136 among 198 countries, according to a Canadian Cigarette Package Health Warnings report of 2014.

But Vardhan’s plan prompted a barrage of letters to the prime minister, health minister, finance minister and MPs from various previously unheard-of associations representing tobacco farmers, pan-bidi sellers and the like  that ultimately landed in sacks – literally – at the health ministry (see photo).

In February 2015, Gupta wrote a letter to parliamentary affairs minister M Venkaiah Naidu urging him to stop the implementation of the October 2014 notification. Gupta has been running a company called Shyam Bidi Works since 1973, one of the largest bidi manufacturers in India. He wrote that the “notification hastily issued should be withdrawn”; otherwise the new “horrific warnings” will lead to a collapse of the bidi industry. He argued that a bidi has very little tobacco because it is smaller than a cigarette, and the tobacco used in it is free of carcinogens. He added that there was absolutely no evidence that bidis cause cancer.

Soon, a CoSL was formed with Dilipkumar Mansukhlal Gandhi, an MP from Ahmednagar, as the chairman and Gupta as one of the members to examine the issue of pictorial warnings on tobacco products. Gupta sent a similar letter to Gandhi too.

Gandhi, meanwhile, directed his concerns to the new health minister, JP Nadda, on March 10, 2015 that the October notification had led to many bidi manufacturers giving notices to their workers for closure of units. Gandhi wrote that the move will affect livelihoods, will cause loss of revenue to the state and the centre and it should be kept in abeyance.

The ministry vehemently defended its stand on the various concerns raised by the CoSL, but a week later issued a fresh notification putting the October 15, 2014 notification on hold.

Meanwhile, Advocacy Forum for Tobacco Control (AFTC), a coalition of 65 NGOs working on tobacco control, wrote to the ministry highlighting the conflict of interest of Gupta. The ministry ignored the plea and went ahead to appoint the same members for another year. Besides, CoSL recommendation are not legally binding and waiting for its final report is only an attempt by the ministry to delay the pictorial warnings further, they say.

The ministry, however, has not yet issued the notification in public. Rajnikant Patel, president of All India Bidi Industry Federation, says, “I have been reading about it in newspapers but have not received any notification from the government.”

According to sources, the government is not eager to pursue other tobacco control measures effectively. The debate on restricting the sale of loose cigarettes, which Harsh Vardhan had initiated, has also died down.

The COTPA does not have a provision of banning tobacco, but it doesn’t stop countries from doing so if they wish. Bhutan, for example, banned tobacco in all forms altogether in 2010.

Vouching for the efficacy of pictorial warnings and plain packaging, Reddy explains, “Australia has plain packaging and England, Wales, Scotland, Ireland and New Zealand are all going for plain tobacco packaging.” He expects a private member’s bill being moved in parliament to bring plain packaging of tobacco products.

The health ministry and industry major ITC did not respond to queries for this story.