There will be 420 million mobile internet users by June 2017, says report The number of mobile internet users in India is estimated to reach around 420 million by June 2017, with rural India growing at a much higher rate than urban India.

Till December 2016, it was estimated that there were 389 million mobile internet users, according to a report by the Internet and Mobile Association of India (IAMAI) and IMRB.
The report finds that there has been a year on year (y-o-y) rise of 15% from October 2015 to October 2016, with urban areas witnessing a growth of around 9%. The rural India, on the other hand, witnessed around 26% growth. Urban India, with 51% penetration is fast reaching saturation point while rural India with 16% is the future market of growth.

According to the report, average monthly bill estimates for urban India reveals that the usage of mobile data as a proportion of total  monthly mobile bill has increased considerably to surpass component of voice services. In just over 5 years, data component has risen from being 45% of total bill to being 65% of total bill.
The total monthly average mobile bill has decreased over time, which is a reflection of the greater affordability of mobile services in India. This augurs well for mobile penetration in the coming days and can pave the way for greater penetration in rural India as long as affordable handsets are available for the lower income section of the population. 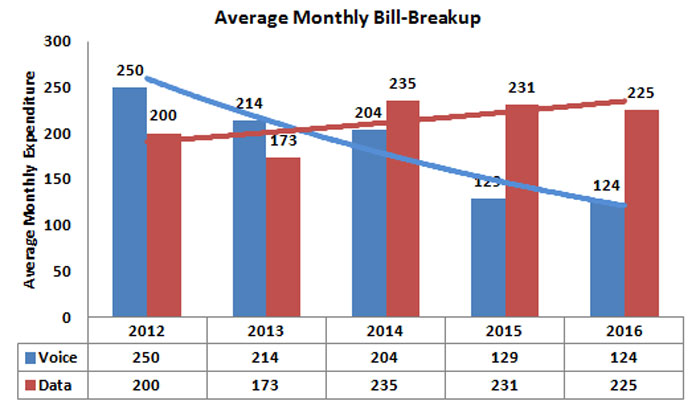 Demographics play a big role in the adoption of mobile internet in India, with close to half of the mobile internet users being less than 25 years and are mostly student and young professionals, finds the IAMAI-IMRB report. Not surprisingly, in urban India, the young spend a greater proportion of their monthly bill on data usage. 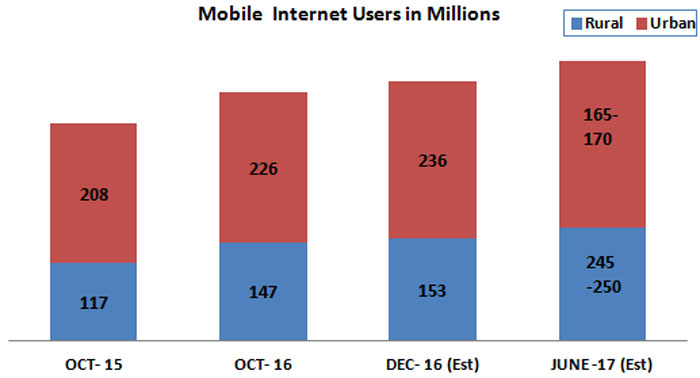