Lesson from Veerappan chase: if there's will, the state will surely win K Vijay Kumar, 64, is the man who headed the special task force (STF) that hunted down notorious bandit Koose Muniswamy Veerappan on October 18, 2004 in an operation code-named Cocoon. Kumar, a 1975-batch IPS officer of the Tamil Nadu cadre, talks to Shivani Chaturvedi about his book, Veerappan: Chasing the Brigand, which is an authentic account of Veerappan’s life, and how he was shot dead. Excerpts from an interview:

Tell us about your book?

At one level, it is story of a village lad turned into a virtual terrorist, later donning a saviour’s mantle. At another, it is a complex hunt by a simple but resolute band of men. Even if these two are discounted, with the fascinating characters on either side of the aisle, this book can read like a thriller, I hope.
This is not the age of Chambal dacoits anymore. When we were children, there were dacoits like Man Singh, Tomar Singh and Gabbar Singh. The age of those legends has gone. Later, there were gangs like Parihar and then they also faded out. Veerappan was coming in the age when the dacoits were fading off. Veerappan had occupied a stage which was virtually vacant. This man filled the void very effectively, I would say. The spree of killings was matchless. He became extremely notorious and also turned into a negative celebrity for kidnapping Kannada film actor Rajkumar.

Veerappan was in a criminal world, but was trying to get himself politicised a bit towards the end. He was trying to put on a camouflage of appearing to fight for the public cause. Many people got slightly misled by that. He tried putting on a Robin Hood image, whereas he had helped people for his own interest. He wanted to secure himself, wanted secrecy and refuge. He helped people only for a reason. But that doesn’t wipe away what he had committed.

So I would say, it is not just a story or intellectual, classical kind of stuff. Through the book I want to convey that if there is leadership, political will and also will of the force, the state will certainly win. 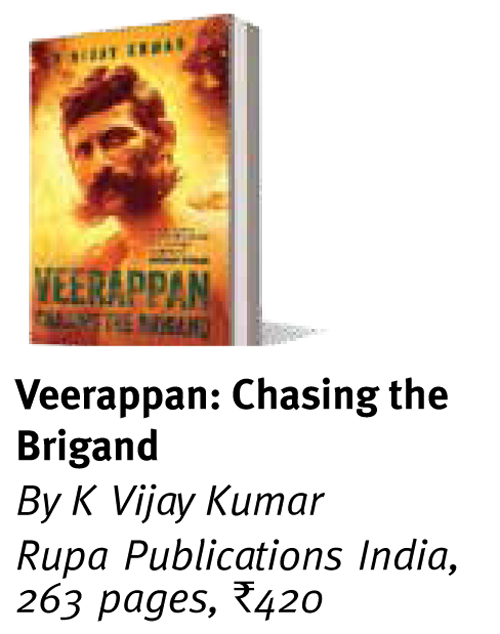 What challenges did you face during Operation Cocoon?
The challenges were many. Because of the topography of forest as it doesn’t allow too much visibility, whether it is friend or foe, it is difficult to make out.
‘Friendly fire’ is a part of life in the bushes. Chaotic condition was inevitable. There was nothing as clinically pure operation. Other challenge was agents turning double agents. A sure shot raid going haywire because of a small factor.
As for me, I was chased by elephants. Even leeches and ticks were a huge problem. Many a time, STF would chase some leads and end up with relics – eggshells left behind, dried meat, some stashes of food, etc. Once I narrowly escaped 45 mines that packed half a tonne of explosives. There were many more challenges. Life was very different in the forest. One cannot be noisy. Intelligence too was a challenge.
Everything about the forest was a challenge. It was very unlike policing a city or a village. Jungle policing was an overall challenge.
How did you track Veerappan?
He was like a cat that covers its own scat. No trails. His courier system, one-way-traffic, ability to shake off a tail were straight out of a spy manual. Tracking him was a huge challenge.
STF tried humint (human intelligence), but a spree of killings choked intel. Fear negated any effect of the Rs 5 crore reward. Sensors of various types were tried. Helicopters and a special aircraft failed to do much. Finally, a character called ‘X’ came to our rescue.
How do you respond to controversies about the ambush?
Most had turned sceptics. For 20 years, he had killed hundreds, had not been caught and how come now he was? The fact is that for the first time, a perfect ambush had been laid. Some said he was drugged, some said ink (used for lifting fingerprint) on his fingers was burn injuries and so on. STF is still battling this sense of disbelief. That’s what makes this hunt unique.
Was this the most challenging and satisfying operation in your career?
Yes, in a way. In terms of violence and more difficult situations, I would say Kashmir. There were Afghan militants and serious problems there. But there the events were happening almost on a daily basis. But in Operation Cocoon, the situation was different. For 20 years Veerappan was missing and suddenly the hunt gets hot. Police were being labelled incompetent. The kind of narrative that was emerging was disturbing for a lot of people, including me. Thus, it was a privilege for me to head a team that finally did this job.
shivani@governancenow.com
(The interview appears in the March 1-15, 2017 issue of Governance Now)