That’s what India Post Payments Bank promises. It can be a game-changer in providing banking services to rural masses. Its rollout, however, is delayed A project worth Rs 1,000 crore by the department of post will serve as a shot in the arm for financial inclusion in the country. The department, say officials aware of the matter, has zeroed in on the US-based Hewlett Packard (HP) to set up the technology infrastructure for its countrywide rollout of a payment bank – a stripped-down version of a bank that would allow a limited savings deposit of up to Rs 1 lakh, but not loans and credit. Currently negotiations are on between the two and a formal announcement is awaited.

HP will do an end-to-end job of setting up countrywide points-of-presence of India Post Payments Bank (IPPB) at 1,55,015 post offices, 650-plus branches (the definite number is not yet known), a network and a data centre. It will provide biometric-enabled smartphones to the dak sevaks (postmen). It will also set up a call centre for on-demand deposit, withdrawal and payment, besides providing centralised monitoring.
Under the IPPB, people will have the choice to transfer funds from one account to another by making a request to a call centre – eliminating the need for digital literacy. Acting as business correspondents, the grameen dak sevaks (rural postmen) will carry biometric-enabled smartphones to offer on-demand online banking and withdrawal services. People can make a request, either through a message or a call, to the postman to visit them, and avail banking and payment services. The on-demand services would be chargeable, but they would be affordable, ASR Krishna, chief operating officer, IPPB, told Governance Now. 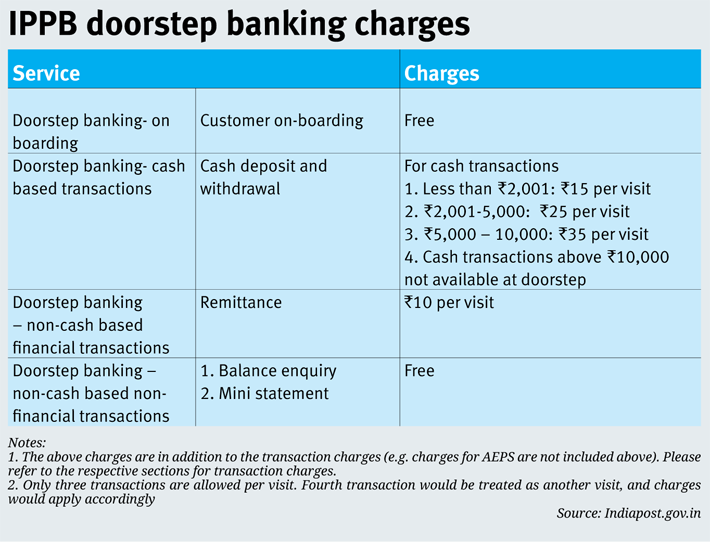 pratap@governancenow.com
(The article appears in the July 16-31, 2017 issue of Governance Now)