The Indian Muslim faces a conundrum. Here are the possible solutions GN photo / for representation only 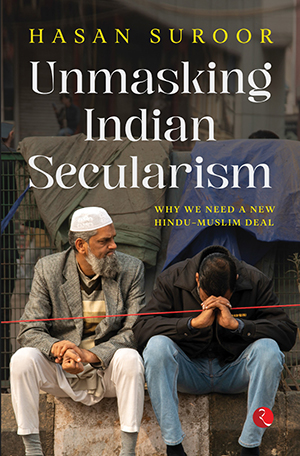 The Idea of India is undergoing a drastic change. The BJP had been in power earlier but as it had no majority of its own, it had to keep allies happy and thus dilute its core agenda. After 2014, however, it has been in power with absolute majority of its own. It has won people’s decisive mandate to implement that agenda, and ‘secularism’ as the state policy, as practised for decades, is being eased out.

Religious minorities, especially Muslims, are obviously feeling insecure: the policies of the state no longer offer them a special consideration, and on top of that they are being targeted by some state/non-state actors. We are passing through a defining period, a possible historical turn.

Such a dramatic juncture is bound to provoke intense churning, debates and commentary. So far, the response has been rather black and white: a strictly liberal position and a Hindutva position. Liberal commentators have largely been unanimous in condemning the new turn. They still maintain secularism, not majoritarianism, is the only way India can flourish. They find a range of facts and arguments to buttress this idealistic position. The right wing, however, point out a long litany of wrongs and injustices committed in the name of secularism and sees nothing wrong with ethnic nationalism.

What has largely been missing in this debate is the nuance. Few have come forward to admit mistakes of one side, highlight risks of the other side, but take a realistic stance and propose some working solution anchored in the present tense itself. Britain-based journalist Hasan Suroor has been working on this middle ground. His latest work, ‘Unmasking Indian Secularism: Why We Need a New Hindu-Muslim Deal’, furthers his project of a new understanding of identity politics.

Suroor says upfront that secularism has failed. Its corrupted, election-centric practice, however, need not justify throwing the baby with the bathwater, but today the contemporary history has moved on, and it’s time to be realistic. As replacement, from among the many possible versions of majoritarianism, he proposes a state that is officially Hindu – but with equal rights for all.

“There’s a mistaken notion that the only alternative to a secular state is theocracy. I argue that a state can have an officially recognized religion – in India’s case, it will be Hinduism – and yet remain secular in practice by treating all citizens as equal and making sure that their religious and civil rights are protected by law, as in many western liberal democracies, including Britain where the state is Christian, but government practices are secular,” he writes.

To some, this position is not free of idealism. It may be as distant from reality as old secularism. It raises more questions than it answers. More importantly, it may not even happen in that form. Yet, this is a starting point to break the current impasse. The author does not propose a fully articulated alternative vision, but is alert and sensitive to all the channels in which the debate can flow in the future. In a short tract, it is not feasible to follow up on each of them, yet his voice is that of a pluralist, his search is for a common ground – and that is the bottom line. That is also a welcome, refreshing move, even if it needs much work to shape up.

Precisely to take stock of other options, the author offers a collection of a variety of previously published viewpoints from three well-known academics – Rajeev Bhargava, Faizan Mustafa and Shefali Jha – on the vexed question of secularism. Another section presents first-person accounts of citizens (mostly young Muslim scholars but also Avijit Pathak) reacting to a series of developments, particularly the amendment to the citizenship law in 2019 and the resulting protests.

The presence of these other voices makes the book a veritable polyphonic debate in itself. Nobody is likely to agree with everything in it, but there is more than enough in it that each reader will heartily endorse.