Bhatia has faced intimidation on multiple occasions from the anti-Maoist vigilantes group. Around 30 anti-Maoist vigilantes allegedly barged into tribal welfare activist Bela Bhatia’s house on Monday morning and intimidated her. They asked her to leave Chhattisgarh in 24 hours. The incident happened days after she helped a team of the National Human Rights Commission (NHRC) to investigate complaints of rapes by the security forces near Bijapur, south Chhattisgarh.

As per email information shared by her team members, the vigilantes came in an SUV and several motorbikes at Bhatia’s home in Parpa village of insurgency-hit Bastar district. They told the landlady and Bhatia that they will burn the house and kill her dog. Bhatia managed to call the local police station, but they couldn’t do much to restrain them.

Read: Why Bastar women are scared

Bhatia pleaded for some time and agreed to leave the state in few days. But, the anti-Maoist vigilantes gave her only a day’s time.
A doctorate from Cambridge University, Bhatia has worked as a Niti Aayog member to study the governance issues in Maoist-hit areas. She was also the faculty member at the Tata Institute of Social Sciences, Mumbai.
Bhatia has faced intimidation on multiple occasions from anti-Maoist vigilante group. Two days ago, men had come to her house in the middle of the night and told her to leave. Her landlord has also been under constant pressure to evict her. 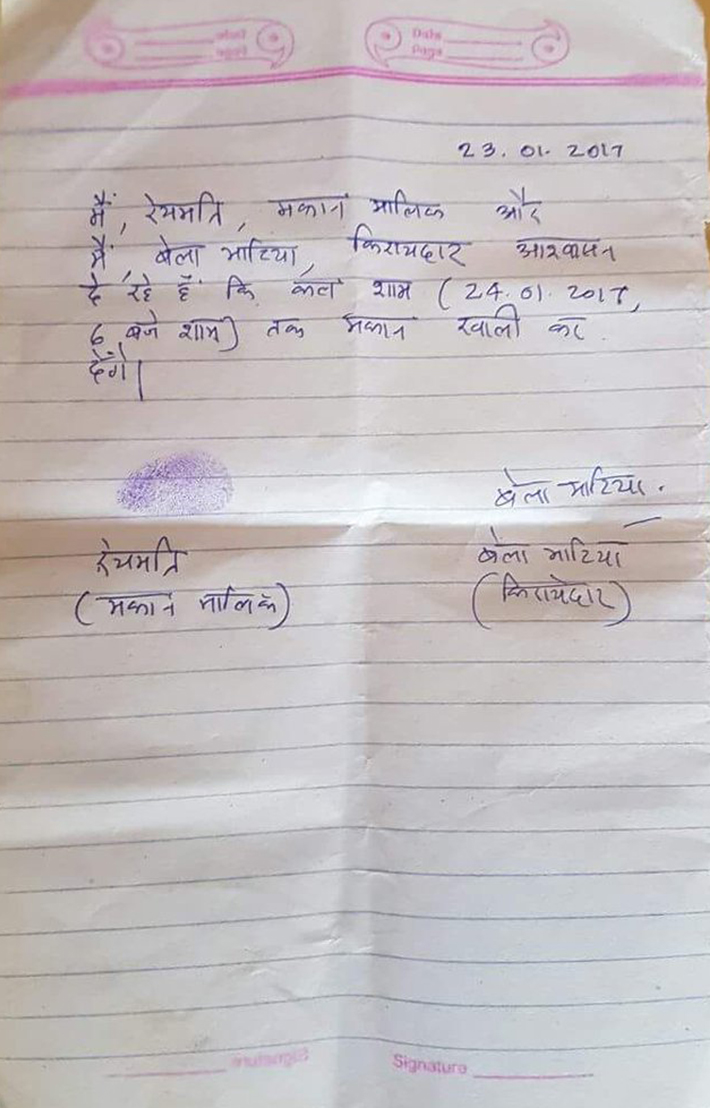 Statement signed by Bela under pressure. She is planning to leave the house, but hopefully not the area.
Read: Human rights activists harassed, attacked in Bastar: Amnesty
In 2016, she raised the issue of mass rape near Bijapur. Thereafter, anti-Maoist vigilante group like Samajik Ekta Manch which protests against activists in the region, accused her of being a ‘Naxal terrorist’.
Pamphlets were distributed in Bastar that called Bhatia anti-national and a 'broker' for the Maoists. She was asked to leave Chhattisgarh. Bhatia along with the Jagdalpur legal group, a platform of independent lawyers, got an FIR registered in the matter.