More and more dams are nearing the end of their life spans, creating severe risks. Policymakers, however, are yet to consider their monitoring and decommissioning As of 2018, India has 209 dams that are a century old or more. Raging debates have also contested how a few of these British-built dams have surpassed their life span by developing leaks and fissures. Case in point, the 123-year-old Mullaperiyar dam (MPD) built on the Periyar river in Kerala. This masonry gravity dam is being operated by the state of Tamil Nadu following a 999-year indenture lease signed between the Maharaja of Travancore and Secretary of State for India for the Periyar Irrigation Works in 1886. Needless to say, Mullaperiyar is one of the longest standing water disputes of independent India, still spewing animosity between Kerala and Tamil Nadu over operational issues. The sudden release of water from MPD during the recent Kerala floods (though dismissed in the Centre for Water Commission – CWC – report, which cited it as gradual) was also a bone of contention that rekindled concerns on the safety of the dam that could jeopardise over three million lives.
Addressing these apprehensions, a high-ranking official at the CWC says, “The safety of MPD has been assessed by an empowered committee appointed by the supreme court before delivering its judgment in May 2014. The empowered committee comprising of retired justices and eminent water resource engineers examined and investigated the MPD in very holistic manner and found it hydrologically, structurally and seismically safe.”
Several requests from Kerala, which has repeatedly argued in favour of limiting the water storage level at MPD to a safety mark (130 feet) have also been struck down. The apex court has also constituted a supervisory committee to supervise restoration of full reservoir level (FRL) up to 142 feet and to allay the apprehension of Kerala about safety of MPD.
“The construction of dams is not a fancy idea of an individual or a government. It is a calibrated diligence for ensuring water security for drinking, agriculture and industrial sector for a particular water-scarce area. It involves huge public investment in terms of finance, time and effort and this investment is justified by various agencies involved in planning, construction and design of dams based on cost-benefit analysis,” reminds the CWC official when questioned about decommissioning of old dams. “It is purely a utility based decision. If utility of a dam is over, it may be decommissioned,” he adds.

“Credible review of the safety of all large dams is essential” 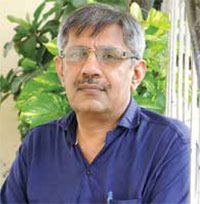 What are the most common reasons of dam failure and how effective do you think is decommissioning (both complete dismantling and partial decommissioning) as a proposed solution to the threat of ageing dams?
There are many types of structural failure, including foundation failure, overtopping, leakage/seepage, among others. Additionally there is operational failure as well.

Credible review of the safety of all large dams periodically is essential to ensure its safety and reduction in possibilities of disaster. Such reviews can then also throw up the possibility that it may be socio-economically more beneficial to dismantle/decommission the dam.

Do you think there is unwillingness among our policymakers when it comes to decommissioning large dams in the interest of the environment? If yes, what do you think are the possible reasons for the same?
It’s not just in the interest of environment, but there seems to be an ideological opposition to any proposal of including decommissioning as part of the policy/programme and practices. The pro-dam ideological mindset that is afraid that decommissioning means end of the era of dam building could be a reason. The water resource establishment of the country is best suited to answer that question.

This includes credible periodic assessment of the state of dams, their hazard potential, disaster potential and costs and benefits, how this process is transparent and participatory and how the institutions and governance ensures this. The readiness and ability of the organisations there to learn new aspects and include them in governance is remarkable.

Some of the most evolved economies of the west like the US and Europe have almost ceased to construct large dams. However, India is gearing up to dam many Himalayan rivers. What could be the long-term ecological implications of such projects?

The trouble is we are not even doing credible impact assessments, so we do not even know the full impact of all that we are doing in terms of dams and development and their impact on rivers. But there is no doubt that the impacts will be massive – not only in terms of social, environmental and livelihood impacts, but also in terms of disaster potential increasing many fold and also reducing society’s capacity to deal with the increasing climate change impacts.

The Dam Safety Bill is intended to develop uniform, countrywide procedures for ensuring the safety of dams in India. What is your opinion about the proposed policy?

The latest version of the bill is not yet in public domain, but the earlier (2010) version of the bill did not inspire confidence as it did not have provisions for operational safety of the dam, role for independent people in dam safety committees and mechanisms, provisions for holding the dam operators accountable for mismanagement or neglect or wrong operations, provision for compensation to the victims who suffer due to such wrong operations, among others.