Around one crore jobs will be created in three years Jobs for 1 crore people, mostly women will be created in three years along with an investment of Rs 74,000 crores from a special package for textile and apparel sector, approved by the cabinet on Wednesday.

According to a press statement released by the government, the package is a strategic decision that would strengthen and empower the Indian textile and apparel sector by improving its cost competitiveness in the global market. The measures assume significance due also to its potential for social transformation through women empowerment; since 70% of the workforce in the garment industry are women, majority of the new jobs created are likely to go to women.

What’s in the Package?

The special package includes a slew of labour-friendly measures that would promote employment generation, economies of scale and boost exports. 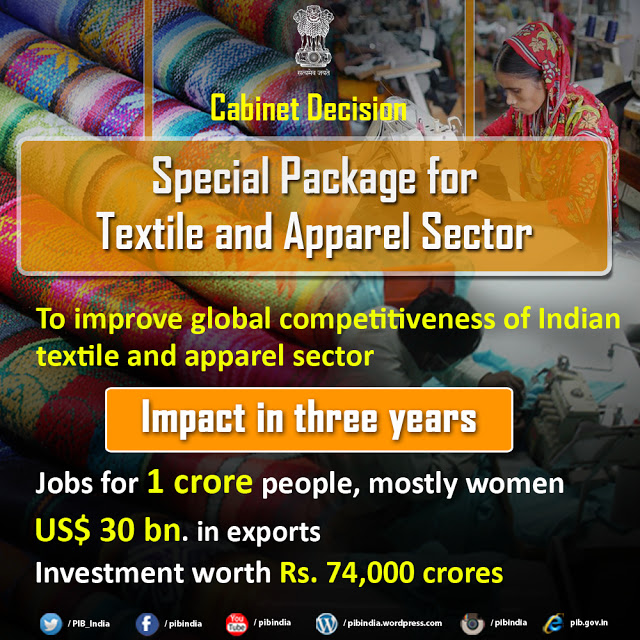 The salient features of the package: 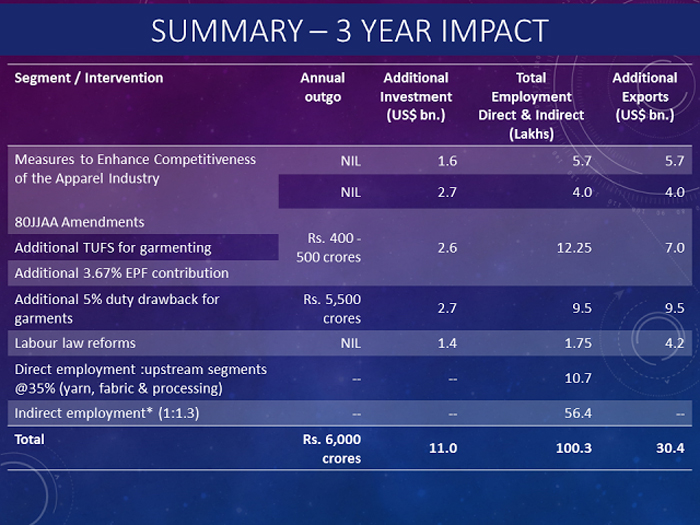