Modi has been relentlessly focusing on the ‘neo middle class’ to invent a new politics of development beyond stale caste equations. It can help the BJP in returning to power Those who have gained the most from the latest budget are the ones who are going to have the most crucial impact on the Lok Sabha election results. Who are they? They are hiding in plain sight. They have come to work in metros and cities, probably in recent years. They crowd inter-state bus terminals to take a bus home during long holidays and festival breaks. They ply rickshaws or trades, maybe set up small shops on the roadside. They hold entry-level jobs in swank offices. Your courierwala, your carpenter, your electrician-cum-plumber. Theirs is the first generation that has pulled itself above the poverty line. But they are yet to acquire all the trappings of the middle class, things like a home theatre, for instance. They belong to what prime minister Narendra Modi has for over seven years identified as the “neo middle class”. And they are going to decide India’s future. 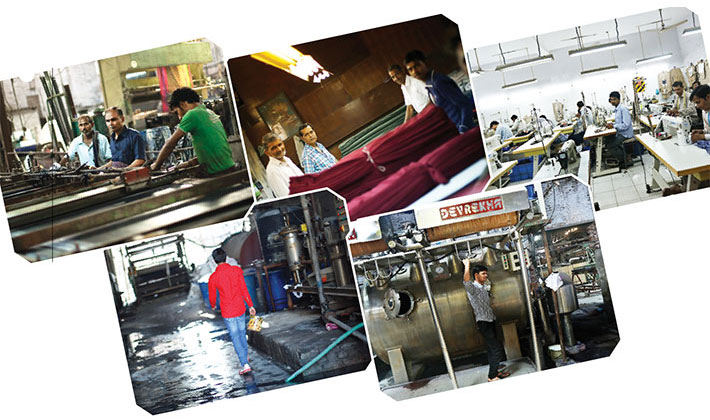 They form about a fifth of the population, a substantial chunk of voters, if we take the figure from the 2018 global Multidimensional Poverty Index (MPI) of the UN Development Programme (UNDP) and the Oxford Poverty and Human Development Initiative (OPHI): 27 crore people moved out of poverty in the decade since 2005-06. The actual number may be more, if we extend the timeline to the post-1991 reforms. Politics is, of course, much more than mere numbers, and hence their political significance. And Narendra Modi sensed this much before everyone else.
The genesis of the term – not yet a well-defined concept, and not figuring in statistics, official or otherwise – can be dated with precision: it was on December 3, 2012, when Modi – then chief minister of Gujarat – spoke of this emerging group. Releasing the BJP’s Sankalp Patra ahead of the assembly elections, he said the manifesto had “taken special care of the neo middle class that has emerged in the last 10 years and is enjoying the fruits of development”. The working definition of this new class was those who were not but now have become part of the middle class “due to the quantum leap of development in the last one year”. Elsewhere, the document spoke of “neo (lower) middle class”.
In 2014, with Modi as prime ministerial candidate, the BJP came to focus on this class at the national level. The manifesto reflected this shift: “India has a large middle class with immense understanding, talent and purchasing power. In addition, a whole new class has emerged. Those who have risen from the category of poor and are yet to stabilize in the middle class, the ‘neo middle class’.”
More specifically, they have moved out of poverty, and now they have more aspirations: they want to go to a private hospital for healthcare and send their children to a private school (preferably with English medium). “They want amenities and services of a certain standard. They thus now feel that government facilities and services are not up to the mark, and hence resort to the private sector for things like education, health and transport. This is obviously costly, putting the neo middle class into a daily dilemma.”
Thus, BJP’s promised “proactive handholding” to this class in these areas:
- Educational scholarships and educational facilities
- Medical insurance and quality healthcare services
- Middle-income housing
- Efficient public transport systems
Many analysts have credited Modi’s 2014 victory on his focus on this group, and the NDA government led by him has in return consistently sought to hold the hands of this group. From the first lines of the first budget of this government, to the PM’s reactions to the final budget of its term – with sundry schemes and initiatives in between, from Smart Cities to Ayushman Bharat – the neo middle class is having its moment under the sun.
(See box for a list of announcement from the budget 2019 that are tailor-made for the new middle class.)
“It is good to see more people being removed from the shackles of poverty. Our neo middle class is rising and so are their dreams,” the PM said in his remarks after finance minister Piyush Goyal presented his budget.
Why is Modi banking so much on this class? A crucial factor underpinning Modi’s Gandhinagar stint and now also the Delhi innings is his attempt to go beyond caste-based politics and expand the BJP’s voter base. Vikas, or development, is the catchword that expresses both moves. Professor Christophe Jaffrelot, a regular commentator, has astutely observed that “Class-based voting patterns have contributed to the success of Narendra Modi, not only because he has capitalized on the support of the middle class, traditionally pro-BJP, but also because he has attracted large sections of the emerging ‘neo-middle class’, an aspiring social category born out of the economic growth of the previous decade.”
This development has “put the very notion of the OBCs in question, in particular in the Hindi belt, its stronghold in the 1990s. The BJP has benefited from the differentiation of the OBCs in socio-economic terms. Its upwardly mobile layer expected from Modi jobs and ‘development’ in general,” Jaffrelot wrote in 2015.

This strategy also helps expand the BJP’s core support base, the urban middle-class, and thus ensure against a repeat of 2004, when they had deserted the party. Under Modi, the BJP has long since junked its traditional image of a baniya/trader class party and insulated itself against caste-based identity politics – with the help of the neo middle class.
In the past five years, the prime minister has been cultivating this class across the country with one after another welfare scheme, starting with the one announced during his first address to the nation from the Red Fort: PM Jan-Dhan Yojana, opening a record number of new bank accounts and offering formal banking services to those coming out of poverty.
At the same time, he has been providing a push to this class to come out of ‘ghettoisation’ and dream for a brighter future. Missing in this narrative is the romance of poverty, the Congress’s favourite script. The neo middle class is the new aam aadmi, with dignity. Modi’s own story of becoming a prime minister from a tea seller is inspiring for this class to look at the future with hope, not despondency.
Modi clearly holds out a promise, while his adversaries are busy drawing a regressive and sad picture of India. The opposition is emulating exactly the model that failed in Gujarat. It is unlikely to succeed at the national level as well. n
ajay@governancenow.com
(This article appears in the February 28, 2019 edition)