World Hepatitis Day: Only one in 100 patients gets treatment Only one in 20 people with viral hepatitis are aware that they are suffering from the disease. One in 100 suffering people are being treated. On World Hepatitis Day, the World Health Organisation (WHO) has urged countries across the globe to take action in spreading awareness about the disease and increase the access to testing and treatment services.

"The world has ignored hepatitis at its peril,” said Dr Margaret Chan, WHO director-general. “It is time to mobilise a global response to hepatitis on the scale similar to that generated to fight other communicable diseases like HIV/AIDS and tuberculosis.”
Around the world 400 million people are infected with hepatitis B and C. This is 10 times the number of people living with HIV. An estimated 1.45 million people died of the disease in 2013 – up from less than a million in 1990. 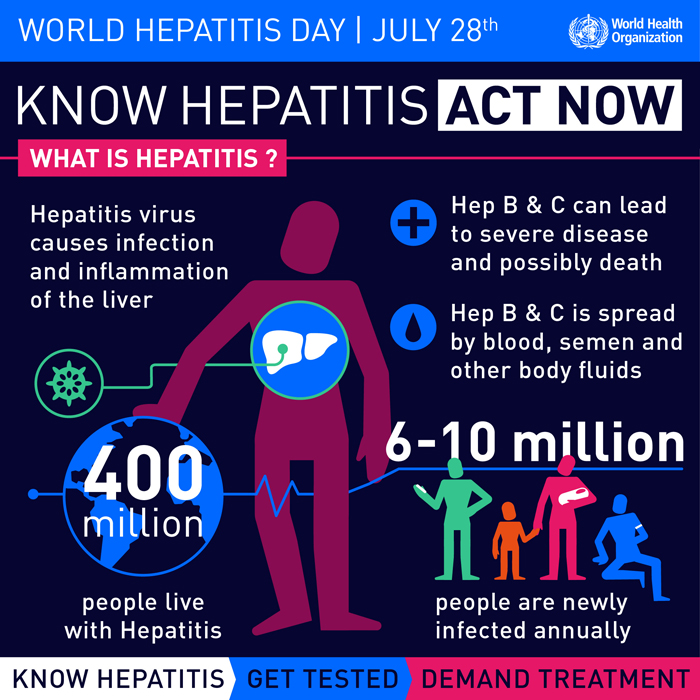 In May 2016 at the World Health Assembly, 194 governments adopted the first-ever Global Health Sector Strategy on viral hepatitis and agreed to the first-ever global targets. The strategy includes a target to treat 8 million people for hepatitis B or C by 2020.

Hepatitis is fully preventable and treatable: there are effective vaccines and treatments for hepatitis B, and over 90% of people with hepatitis C can be cured with treatment.
Quick Facts: