In the last chapter of his book Doing Justice: A Prosecutor’s Thoughts on Crime, Punishment and the Rule of Law, Preet Bharara writes about what’s beyond law – forgiveness, redemption, love You will not find God or grace in legal concepts, in formal notions of criminal justice. Certain values and ideals are beyond justice. These include mercy, forgiveness, redemption, dignity. Also love.

This crime story is about values larger than mere procedural justice. It is a story that was not so widely covered by the media, but it should have been. I first read about this twisting tale in The New York Times in 2011, and it later became the subject of a beautiful book, The True American, by Anand Giridharadas. The story begins – like so many terrible (but ultimately uplifting) stories – with the morning of September 11, 2001.
On that day, of course, terror rained down on New York City and on Virginia and also on Pennsylvania. And the world has never been the same.
In the aftermath of that awful day, some misguided individuals thought that they would exact vengeance for those acts. A sad spree of hate crimes followed. Three days after 9/11, a man named Frank Roque declared at a bar that he wanted to kill “ragheads”. So he shot and killed Balbir Singh Sodhi, a Sikh American father of three, as he was planting flowers outside the gas station he owned in Mesa, Arizona. Four days after 9/11, three men firebombed a mosque and a Hindu temple in Canada. The FBI’s annual report noted that hate crimes increased in the aftermath of 9/11.
Another of those misguided individuals was a man named Mark Anthony Stroman. A thirty-one-year-old stonecutter living in Dallas, Texas, Stroman was an avowed white supremacist. After 9/11, he decided it was his duty to kill some Arabs.
So, on September 15, 2011, Stroman walked into a Dallas convenience store and came upon forty-six-year-old Waqar Hasan, an immigrant from Pakistan. As Hasan was grilling hamburgers in his small shop, Stroman shot him in the head, killing him.
A few weeks later, on October 4, Stroman walked into a Shell gas station in Mesquite, Texas, where he came upon Vasudev Patel. Patel, a Hindu, was an immigrant from India. Stroman shot him at close range with a .44-caliber pistol, killing him also. Patel is survived by his wife, Alka, and their teenage son.
Stroman was, fortunately, apprehended, and the following year he was tried for the murder of Patel.
According to reports, he showed no remorse at trial. In April 2002, Stroman was found guilty of capital murder. Just two days later, he was sentenced to death.
But there was a third victim of Stroman’s violent rampage, one who miraculously survived. And it is that victim I want to tell you about.
You see, in between the two murders back in 2001, Stroman had also walked into a Texaco mini-mart and came upon a man named Rais Bhuiyan. Bhuiyan was a Muslim immigrant from Bangladesh. 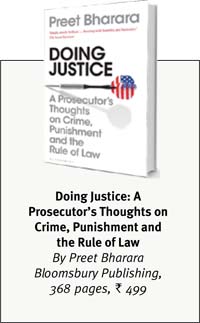 Stroman entered the store with a sawed-off, double-barreled shotgun.
Here is how Bhuiyan himself described what happened next: “Business was slow. It was raining cats and dogs... I thought it was a robbery. I said, ‘Don’t shoot me please. Take all the money.’ He said, ‘Where are you from?’ He was four or five feet away from me. I felt cold air in my spine. I said, ‘Excuse me?’”
Bhuiyan went on to explain what he then saw and felt. “It was a double-barrel gun. I felt a million bee stings on my face at the same time. Then I heard an explosion. I saw images of my parents, my siblings and my fiancee and then a graveyard and I thought, ‘Am I dying today?’
“I looked down and saw blood pouring from my head. I placed both hands on my head to get my brains in and I screamed, ‘Mom!’”
Stroman left him for dead, but Bhuiyan did not die.
He had thirty-eight pellets lodged in his face, scalp, and eye; he endured a series of surgeries; and he lost most of the sight in one eye.
Bhuiyan is a devout Muslim who prays five times a day. One pellet is embedded in the center of his forehead, and every time his head touches the ground in prayer, he suffers pain.
And so Mark Stroman did not kill Bhuiyan, but left him to years of physical pain and mental anguish.
It took a long while for Bhuiyan to get his life back on track. Years passed. And then an interesting thing happened.
Bhuiyan thought about the man who had done this to him and who was now sitting on death row in Texas. He thought about the two women who had lost their husbands, and he thought about their children and all the suffering this hateful man had caused.
And then he did something that I think most people, myself included, could never do.
He forgave his would-be killer. And he did more than that. In 2010, Bhuiyan began a campaign to spare Stroman from the death penalty.
As a magazine asked in an article about him, “If someone shot you in the face and left you for dead, would you try to save his life?”
But that is exactly what Bhuiyan did.
He said that he had looked in his heart and had consulted his faith. And there he found love and compassion and grace.
Bhuiyan spent two years trying to spare Stroman’s life. He began an online petition. He filed legal briefs. He fought with the Texas attorney general.
“He’s another human being, like me,” Bhuiyan would say, often.
He expressed concern and sorrow for Stroman’s children, who would be left fatherless if the state’s punishment were carried out – concern that Stroman himself had of course never displayed for the children of his victims.
And as Rais Bhuiyan elevated himself from victim to advocate, he was not the only one transformed.
For you see, the man who had tried to kill him and who now sat on death row had learned of Bhuiyan’s efforts on his behalf.
Stroman was asked by a reporter for The New York Times, in the days before he was scheduled to be executed, “What are you thinking now?”
Stroman wrote this in reply: “I can tell you what im feeling Today, and that’s very grateful for Rais Bhuiyan’s Efforts to save my life after I tried to end His.”
This hateful and murderous man, who had shown no mercy to his victims and no remorse at his trial, was moved to change by the man he had tried to kill, and said, on the eve of his own scheduled execution, “Hopefully something good will come of this.”
Among his very last words were these: “Hate is going on in the world and it has to stop. Hate causes a lifetime of pain.”
A few minutes later, on July 20, 2011, at 8:53 p.m., almost a decade after his murders, the legal process finally at a close, Mark Anthony Stroman was put to death.
Now, speaking as a prosecutor, I would say that formal justice was done in this case. A jury deliberated, the law was followed, and ultimate punishment was imposed.
But, speaking as an American and as a human being, I believe a much larger lesson looms here.
Perhaps it is this: while we can respect the methodical and grinding machinery of the law in this case, we can marvel even more at how a victim of hatred grew to be a teacher of tolerance and seemed to transform his own would-be killer in the process.
And so I end this book as I began it.
The law is an amazing tool, but it has limits. Good people, on the other hand, don’t have limits.
The law is not in the business of forgiveness or redemption.
The law cannot compel us to love each other or respect each other.
It cannot cancel hate or conquer evil; teach grace or extinguish passions.
The law cannot achieve these things, not by itself.
It takes people – brave and strong and extraordinary people.
Excerpted with the permission of the publisher.
(This exerpt is published in the April 15, 2019 edition)