BJP wipes out a huge BE (Brand Equity) gained (for itself) in a day - in just a day. Alas, it deprives all Indians, a good chance of reaping the benefit from the noble thought of PM Narendra Modi 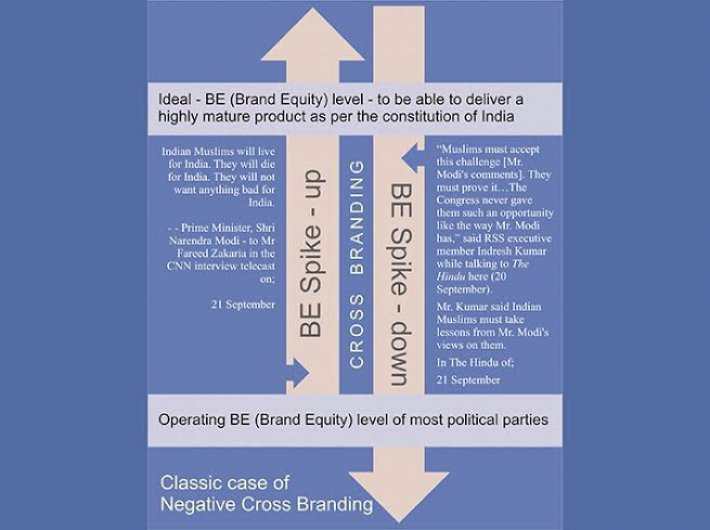 BJP wipes out a huge BE (Brand Equity) gained (for itself) in a day - in just a day. Alas it deprives us all – all Indians – a very good chance of reaping the benefit from the noble thought of the Prime Minister – Shri Narendra Modi.

That thought was indeed exemplary and highly actionable. For sure, the deeper sense in that must have kindled certain pleasant and a hopeful feeling in every Indian irrespective of the religion he/she belongs to. Early reports in the media on the responses on the thought proves its potential for working with it expansively towards creating a more harmonious nation – bolstering the pursuit of nation development for the happiness of all sections of the society.

In politics, negative cross branding is in fact the undying trait that is practiced rampantly between political parties and their factions and also at individual levels within the parties. In spite of the task of serving a highly mature product (rule by the nation’s constitution) politics seem to thrive on habitually negative cross branding owing to grossly immature market (larger ignorant populace) and willful immature competition (self-serving political parties).

But politics, as also true of most other countries – particularly the developing ones, is an indulgent occupation ‘for’ fulfilling the narrow interests of a very, very few, ‘by’ themselves, at the cost of vast populace.