India and China are not prepared for a war over Doklam plateau in Bhutan, assessed JNU professor Srikanth Kondapalli, a well-known China expert who is back  from Beijing and Shanghai after spending two months there. In a telephonic interview with Shankar Kumar, Kondapalli said both countries will not opt for war as it will be catastrophic and millions would die. 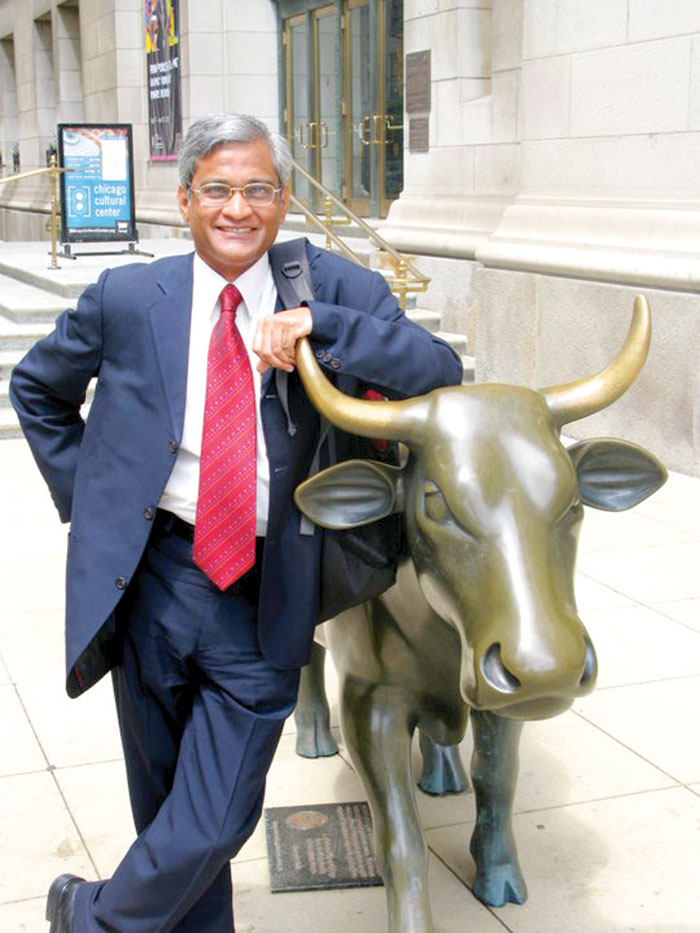 The continued stand-off between India and China at Doklam is leading to a rise in tempers in both sides. Do you think it may worsen with both countries resorting to war over it?
I don’t think the present stand-off at Doklam will escalate into a full-blown war. Neither India nor China is prepared for a war. China may attack Indian bases around Sikkim and India may retaliate, yet they will never go for a war because they know that results will be catastrophic. Both sides millions of people will die due to the war.  And for merely 89 square km area, I don’t think India and China will allow so much bloodbath and killings.
You have been regularly visiting China and interacting with Chinese media, academicians and think tank experts. What is their outlook towards India over Doklam?
See, unlike India where we have free press with varied public opinions, Chinese media and think tanks are under the government’s control, where they can’t have any dissenting voice or adversarial comments (against the government).  So everything remains state-sponsored there. We have to keep this in our mind. Under the Chinese state perspective, Doklam is its territory and in support of their claim they say they possess records of tax collections from graziers of the (Doklam) area. They make a similar argument with the South China Sea also. They say the Sea covering 3.2 million square kilometre fall under the Ming dynasty’s nine-dashed line. They say India has occupied their territory and Indian forces are occupying forces and hence they have to withdraw from it unconditionally and immediately. Their second argument is that in the 21st century, you can’t have a country in a vassal relationship. India is suppressing Bhutan and is violating its independence.

As India’s trade is heavily loaded in favour of China, do you think New Delhi will hit Beijing’s economic interests in case a war breaks out over Doklam?

I don’t think Doklam will factor in trade relations between the two countries. Since 2007 India has recorded negative balance of trade vis-à-vis China. From 2007 to 2016, India has lost $350 billion to China due to trade imbalance. India has been telling China to bridge this ballooning trade deficit by opening its market for Indian pharmaceuticals and IT sector. But nothing has happened on this front. In fact, none of China’s state enterprises are ready to accommodate Indian IT sector provided software. On investment front too, there is nothing to cheer about. Chinese investment in India is merely $4.8 billion, while India’s investment in China is around $2 billion. In 2014, when Chinese president Xi Jinping came, he pledged to invest $20 billion over a period of four years in India. Three years have passed since then and China has invested barely $1.2 billion in India. This is a major reason for resentment among Indians towards the Chinese. Indians are also unhappy with Chinese state enterprises which have been dumping their goods in violation of WTO provisions. In 2010, for the first time, India raised this issue at the highest level when the then president Pratibha Patil took up the matter with Chinese leadership. But again nothing happened. People called for boycott of Chinese goods. Amidst this, came the stand-off over Doklam. RSS [Rashtriya Swayamsevak Sangh] affiliated Swadeshi Jagran Manch has been at the forefront of the call for Chinese goods’ boycott. But empirically speaking, this has not been a highly successful campaign. I feel it is economic slowdown rather than call for boycott which has impacted trade between the two countries.
However, Chinese are not worried about this, because their trade with India constitutes just one percent of overall commerce with the world.
It is said that the Doklam stand-off has taken place because China is angry with India’s closeness with the US, Japan and South Korea. Do you agree?
I don’t agree with this argument at all. Instead of India, it is China which is closer to the US. Soon after entering the White House, president Donald Trump invited the British prime minister, the Mexican president and the Japanese prime minister to meet him. Chinese president Xi Jinping was the fourth or the fifth leader, while prime minister Narendra Modi was probably the 13th or the 14th leader to be invited for a meeting. Symbolically, it suggests that in priority India ranks low for Americans. Also, on the trade front, bilateral engagement between China and the US is very robust. While China-US trade is over $580 billion, India-US trade is pegged at $100 billion. This apart, while China-Japan trade is over $400 billion, the two-way commerce between India and Japan is merely $16 billion. Therefore, growing India-US or India-Japan relations should not be seen through the Doklam prism.

Doklam plateau is spread over 89 sq km, lies between China’s Chumbi Valley to the north, Bhutan’s Ha Valley to the east and India’s Sikkim state to the west.

* On June 16, the Chinese PLA started constructing road from Dokola in the Doklam area towards the Bhutan Army camp at Zompelri
* On June 16, in coordination with Bhutanese soldiers, Indian soldiers in Doklam approached the Chinese soldiers and urged them to desist from road construction
* On June 30, India’s ministry of external affairs issued a statement that such construction would represent a significant change of status quo with serious security implications for India
* On July 20, for the first time, external affairs minister Sushma Swaraj raised the Doklam issue in the Lok Sabha and said: “This time they (Chinese) brought bulldozers, and earth excavators (to build a road) and their intention is to reach the tri-junction of India-China-Bhutan.”
* On August 3, China’s foreign ministry spokesperson Geng Shuang said, “The Indian side is building roads, hoarding supplies and deploying a large number of armed forces on the Indian side of the boundary. This is by no means for peace.”

shankar@governancenow.com
(The interview appears in the August 16-31, 2017 issue of Governance Now)