Taking stock of the first year of the new CSR regime Companies doing their bit for the society – or corporate social responsibility (CSR), to use the jargon – is of course not a new phenomenon. The Tatas and Birlas, the old behemoths of India Inc, have made more social investment in some places than the government itself.

However, it was last year that a new CSR regime was heralded, as the new Companies Act mandated that firms with certain level of profits or turnover will have to spend two percent of their after-tax profit on CSR activity.

It was debatable if the companies should be forced to spend on, say, primary education – which the state should have done, from revenues earned from the firms in taxes. It was a curious mix of capitalism and socialism, in which the state was withdrawing from its welfare responsibilities and the corporate sector was prodded to fill the space. A year later, trends show that is exactly what is happening – with the government asking the corporates to fund its flagship schemes.

Interview: I would like to see this law go in long term: Kiran Karnik

What is not happening as expected is the quantum of CSR funds. Early last year, then corporate affairs minister Sachin Pilot and others had made optimistic projections – from Rs 18,000 crore to Rs 24,000 crore – channelising into the social sector. The ministry of corporate affairs (MCA) later slashed its early estimates to nearly one-fourth. But at the end of the first year, the figures are rather disappointing.

According to the latest data based on company filings, in the first year the top 75 companies, private as well as public, have spent slightly over Rs 4,000 crore towards social welfare activities. Big CSR spenders include Reliance Industries (Rs 760 crore), ONGC (Rs 495 crore), Infosys (Rs 239 crore), TCS (Rs 220 crore) and NTPC (Rs 205 crore). Although the final numbers for 2014-15 would be clear only by end of October when the government will receive complete filings by companies, the amount is expected to be quite less than what was initially estimated. MCA officials Governance Now spoke to were hopeful that the numbers would rise substantially in the coming years. 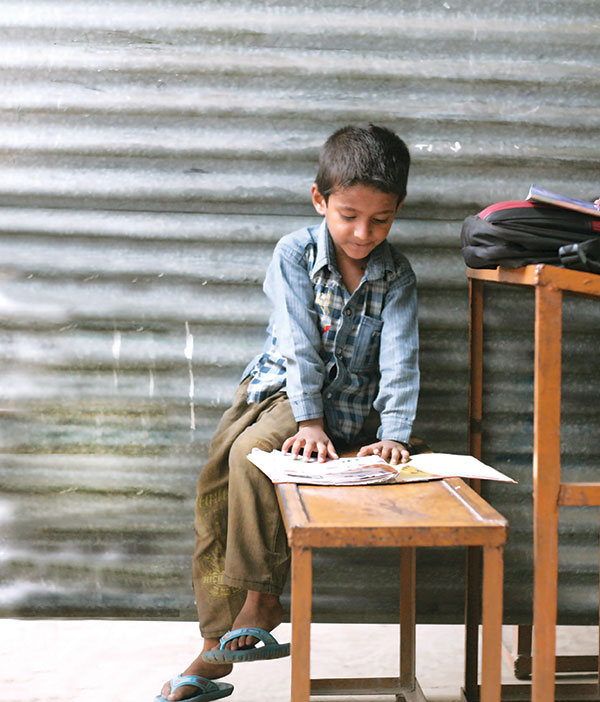 But what is clear so far is that the companies that have been in the business of actively spending on activities related to social welfare have continued to do so and have also increased their expenditure. Companies like Reliance and ONGC only had to streamline and re-strategise their spending in order to fit into the requirements of the law. But for others, which had to massively multiply their CSR spending, it is proving to be a difficult task.

With few exceptions like Infosys, which increased its CSR spending from Rs 9 crore in the previous year to Rs 239 crore in 2014-15, most companies have failed to meet the 2% norm.

Companies were mandated under the law to form CSR committees from among their board members; formulate CSR policies; and announce, execute, and monitor their CSR activities. While many have met these requirements, implementation is still an uphill task. Many are still struggling with the procedural and infrastructural requirements.

Gayatri Subramaniam, convener and chief programme executive at Indian Institute of Corporate Affairs (IICA), an MCA think tank, said the first year of CSR was below expectations because of many reasons, one of them being that the concept has not been well understood. She said more than 14,000 are small or mid-level companies which are engaging in CSR for the first time and the big difference has been that CSR has become a boardroom issue. “It was never spoken about earlier. Now balance sheets are reflecting CSR. Eventually, it will change the business perspective as well,” she said.

Those who were hopeful that money would flow to the development sector from profit-making industries say they hardly see any change on ground.

Vimlendu Jha, executive director of the Delhi-based NGO Swechha, said that it still looks like an imposed legislation for corporate houses to accept. “CSR is stuck between HR and marketing [strategy] for most. The actual concept of social responsibility is still not understood,” says Jha.

Though the new provision in the Companies Act is seen as a step in the right direction, there are challenges in its implementation. Experts from the development sector point out how the spirit behind CSR has changed in the last one year. They say that while such companies comply with the law, they have not imbibed the spirit of the Act. The scepticism about mandatory spending on CSR is clearly seen. And the change in political environment has further given them the opportunity to find an easier way.

KK Upadhyay, head, Aditya Birla CSR Centre at FICCI, said the companies had to decide what they will spend on to contribute to the development sector. But the new government launched schemes and asked corporate houses to spend their CSR money on them. “That was not the original spirit of the concept. This has created a lot of confusion among companies.”

The indication given by the new government to corporate houses that they should put their money in big schemes launched by the government, such as Swachh Bharat Abhiyan or Clean Ganga Mission, is not seen as something in the right spirit. Experts believe these programmes are garnering all the money. They say it is simpler for both – the government will be happy with the corporate sector and it will be an easier task for the corporate sector as well.

The IICA, however, has maintained that the money kept for CSR should not be directed only to government schemes; instead the development sector should also be supported.

But many in the private sector doesn’t really look it as something against the spirit of the law.

Vijay Chadda, CEO, Bharti Foundation, the development arm of Bharti Group, said, “As long as money is channelising in the right manner and is used for the right cause, reaching right people, it should not matter if the companies are investing directly in the government schemes or are launching social welfare programme of their own.”

He said at Bharti Foundation the entire funding for CSR activities was so far directed through the foundation and major programmes were related to the education of underprivileged children. The foundation launched the sanitation programme after the prime minister asked companies to do so. Bharti Group committed to spend Rs 100 crore on construction of toilets in the rural households of Ludhiana in Punjab.

“We have built toilets in over 200 villages and we will cover 150 more villages,” he said. The foundation has joined hands with other organisations that have expertise in this sector. Finding the right partner has always been a challenge, Chadda said. “Every organisation has to find their own way of doing due diligence before selecting the implementing partner. It is a standard process and it is a routine challenge.”

He added, “In the first year not all companies have spent 2%. There was a delay in notification and then many companies faced difficulty in understanding the requirements. It was a learning curve, but these are the standard problems of the year one. It must and should be improved with time.”

He said the will to spend on CSR activities must come from heart. “If the government monitors or audits the CSR activities then it will kill the spirit of the provision. It will become like a forced tax.”

Experts feel it would take some time for private companies to get used to the process before they successfully spend the mandated percentage of their profits on CSR activities. But they do believe CSR is here to stay.