Shooting in Kargil: A man, a camera and a war

An excerpt from Shiv Kunal Verma’s ‘Life of an Industani: Six Degrees of Separation’ Shiv Kunal Verma is a well-known military historian, filmmaker, and author who has closely experienced war and life that included protecting a beleaguered family from a murderous mob during the anti-Sikh riots in 1984 with a Beretta 9mm, filming on the Siachen Glacier, surviving an ambush by Nagas in the northeastern jungles, interviewing armed Kashmiri militants, and much more. He narrates adventures like these and much more in the action-packed ‘Life of an Industani: Six Degrees of Separation’ (being published by BlueOne Ink).


Here is an excerpt from the soon-to-be-released book: 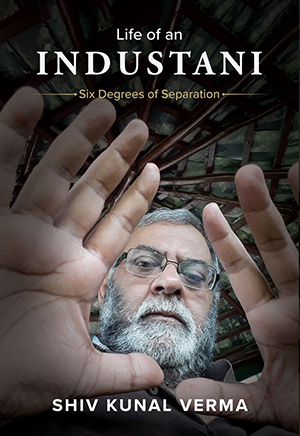 My helicopter sanction allowed me the freedom to fly around everywhere. The MOD had stipulated that I could only fly when an officer of the rank of a brigadier or above would accompany me. This suited me, for I found myself in the company of General Budhwar on most occasions in the next few days as we visited some of the far-flung sectors that included Ghanasok and Chorbat La. To use the Cheetah as a filming platform, I needed the doors to be removed, which did not seem to unduly bother him, even though at times it got bitterly cold.

70 Infantry Brigade was fighting in the Batalik Sub-sector and the brigade’s TAC HQ was located amidst some rocks that were marked as Ghanasok on the map. With equipment, it was a three-day haul from the roadhead at Dah. Getting to these locations for journalists was an impossibility unless movement was facilitated by helicopters. The first time we landed at Ghanasok, Brigadier Devinder Singh was at the helipad to receive Budhwar. An artillery officer, he was also a paratrooper, which accounted for his maroon turban. As the two officers reviewed the situation, I filmed them surrounded by maps under camouflage nets and then also took a few still photographs.

Just then an IAF Chetak came and landed, and a group captain walked up to where we were sitting. Budhwar wanted to know if the larger Mi-17 1Vs could be pressed into service, as there were a large number of casualties. Cheetahs could evacuate a single stretcher case at a time, or at best take out two sitting casualties to the Kargil Hospital. The group captain was extremely polite but firm: ‘No sir... Mi-17s cannot come in low. There simply is no clearance on the sides for them. Unless the heights around Yaldor are cleared by the army, we cannot be of any help.’ The Chetak then flew back the way it had come.

[Four days later when the heights around Yaldor were cleared, an IAF Mi-17 came to Ghanasok. Showing amazing flying skills, the IAF pilots came in hugging the ground, turned the huge helicopter around and in a swirl of dust, landed. There were many incidents like these that created an undercurrent of hostility between the army and the air force.]

From Ghanasok we flew north to Chorbat La where Colonel K. K. Sinha received us. An attack was being planned for the occupation of the pass the same night, and I watched as the captain who was to lead the attack was given a ‘pep-talk’ by the GOC.

We were back at Ghanasok when news came in that there was a serious chest wound at Yaldor. Without waiting for Budhwar, the pilots with me at the back took off. As we landed at the improvised helipad, the badly injured soldier was put inside the helicopter with his head in my lap. I handed my camera to the men on the ground and grabbed the wounded and unconscious soldier. The flimsy field dressings were soaked in blood, and I could even see his heart pumping as we flew desperately towards Kargil. I took off my shirt and with it tried to stem the flow of blood, and to some extent, I think I did succeed. At the Kargil helipad, the medics were waiting, and it was all go... go... go! Still minus a shirt, we went back to collect my camera and the GOC. I was told later the man had pulled through. No wonder then that the men on the ground looked at the Army Aviation pilots as ‘Angels from the Sky’!

In the post-Kargil War scenario, the witch-hunt to pin the responsibility on someone fell on the shoulders of 3 Infantry Division. Though it obviously makes inordinate sense to look at both your successes and failures, from whatever I could make out, the performance of this division was in no way inferior to that of 8 Mountain Division. Unfortunately, our system is such that both Major General Budhwar and Brigadier Devinder Singh along with a host of battalions that had performed superbly were not adequately recognized and were given a raw deal. As we look at the area even further to the immediate north towards the Haneef Sub-sector, the troops who fought there were not even talked about at the time; the capture of Pt 5700 by 27 Rajput being a case in point!

On 6 July, three days before the Pakistani troops in the Yaldor Sub- sector were to finally implode, I was to once again fly to Chorbat La. The helicopter that was to take me there arrived from Srinagar, with Brigadier Bhagat on board. As was my usual practice, I asked the ground crew to remove the doors and went off in search of a jacket for the brigadier. I borrowed Major General Budhwar’s parka and after removing the rank
badges was walking back to the helicopter when there was a shout from behind me. I turned to find Colonel Avtar Singh, the colonel, GS of 3 Infantry Division, waving a piece of paper at me.

“This signal has just arrived,” he said, “all journalists are to be kicked out of Kargil!” The previous day, Major General Budhwar’s ADC, a young captain and the colonel had been involved in a verbal scrap with Raghu Rai, India’s foremost photographer. My intervening on Raghu’s side had made me a marked man in the colonel’s book!

“Chief ’s orders!” barked the colonel. He then pointed a finger at me, “Especially you!”

Leaving Sahu, the JCO and the Sumo with the driver behind, I had the doors put back on the helicopter and told the pilots to take off for Srinagar, with a refuelling halt at Gumri. When we landed at Badami Bagh an hour-and-a-half later, I saw General Ved Malik and the corps commander, Lieutenant General Kishan Pal in the small hut which served as the waiting-cum-rest room. Arjun Ray, who continued to head the Media Cell in Delhi, was also there, and I walked across to him and asked him why the eviction orders.

“The old man’s hopping mad! Barkha Dutt of Star TV had aired an attack on Tiger Hill live a few days back and we lost quite a few guys,” he answered.

I didn’t get a chance to speak to the chief who left with the other two generals shortly, but I did tell General Ray that this was a ridiculous decision and all the good work done with the media bringing the war live to the world would be undone. ‘Besides,’ I pointed out, ‘the problem was at the army’s end. The fact remains no one should have been privy to the attack plans.’

“I’ll see what I can do,” was General Ray’s parting comment.

Fifteen minutes later the phone in the hut rang. The JCO in charge said the caller, General Ray, wanted to speak to me: “The order’s been revoked. Some journalists had been asked to leave but they will be stopped at various checkposts and allowed back,” he said curtly. “You can fly back to Kargil.”

[Excerpt reproduced with the publisher's permission]