A beast in the city It stands more than 50 metres high, belching noisome fumes, fomenting numerous methane fires, and attracting thousands of kites, an affront to any success the Swachh Bharat campaign may have achieved. The Ghazipur landfill, which absorbs about a third of the 10,000 tonnes of garbage Delhi generates daily, was in the news in September last year, when some 50 tonnes of garbage came hurtling down into the Kondli canal and the displaced water sent a few vehicles on a parallel road into a drain, leaving two people dead. Landfills are a simplistic solution to the mountains of garbage cities generate that needs be abandoned before they drown our cities. 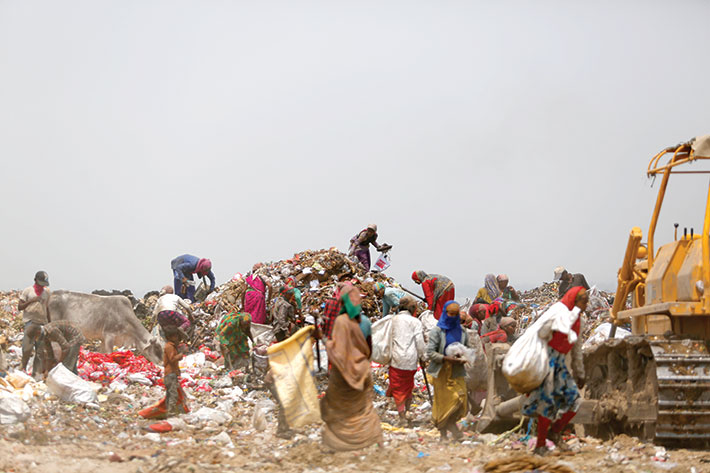 Daily 300-500 trucks dump fresh garbage at the landfill. They are moved into heaps by bulldozers on caterpillar tracks. Every time a fresh load is moved into place, gangs of rag-pickers rush in to forage for what might bring them a good day’s earnings. 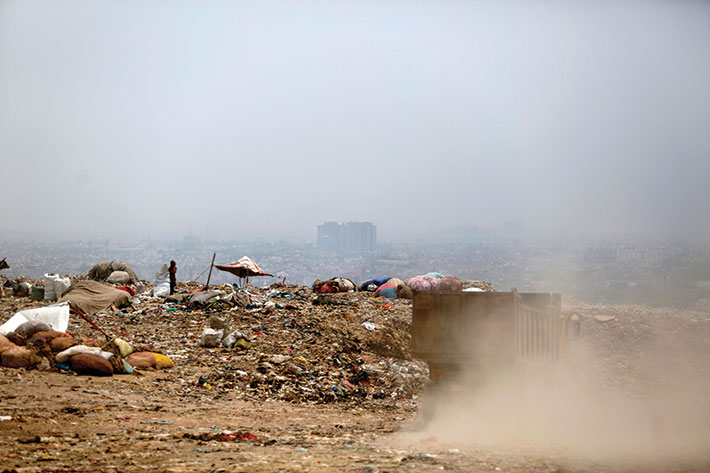 A haze of smoke fills the air, its source the spontaneous fires that break out when the methane build-up inside the garbage ignites in the heat. Sometimes there are mini-explosions. A few such explosions are believed to be responsible for the September 2017 accident. 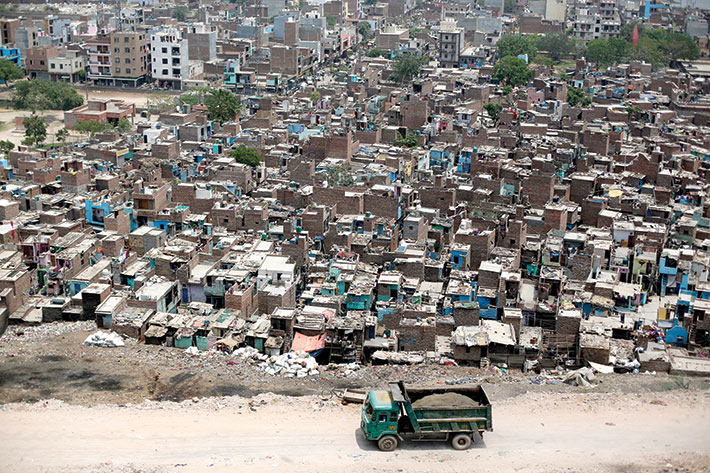 Unauthorised colonies have come up around the mounds of Ghazipur (right), where the poor live in squalour, forever under the shadow and threat of garbage tipping over and burying their homes. The stink and the unsanitary conditions are something they have perforce become used to. 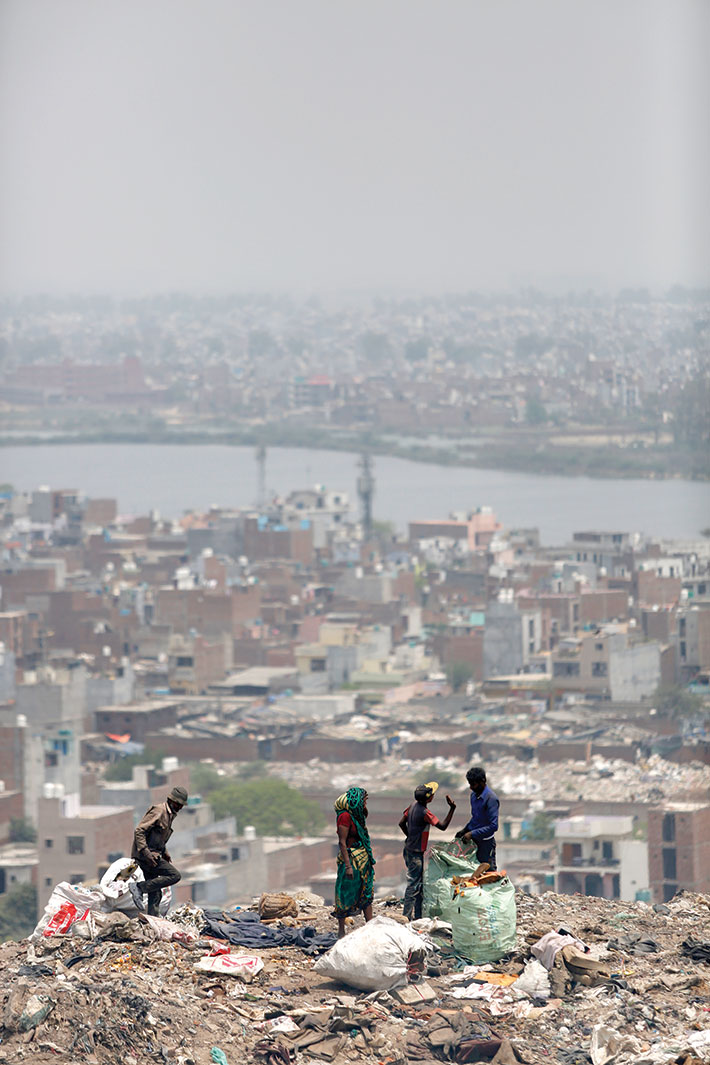 Rag-pickers scavenge hummocks of garbage for what might be recycled or sold for a few rupees. For them, it’s a mine from which to glean bottles, plastic scrap, the odd bits of metal. In the process, they expose themselves to all manner of disease, especially those affecting the skin and lungs. 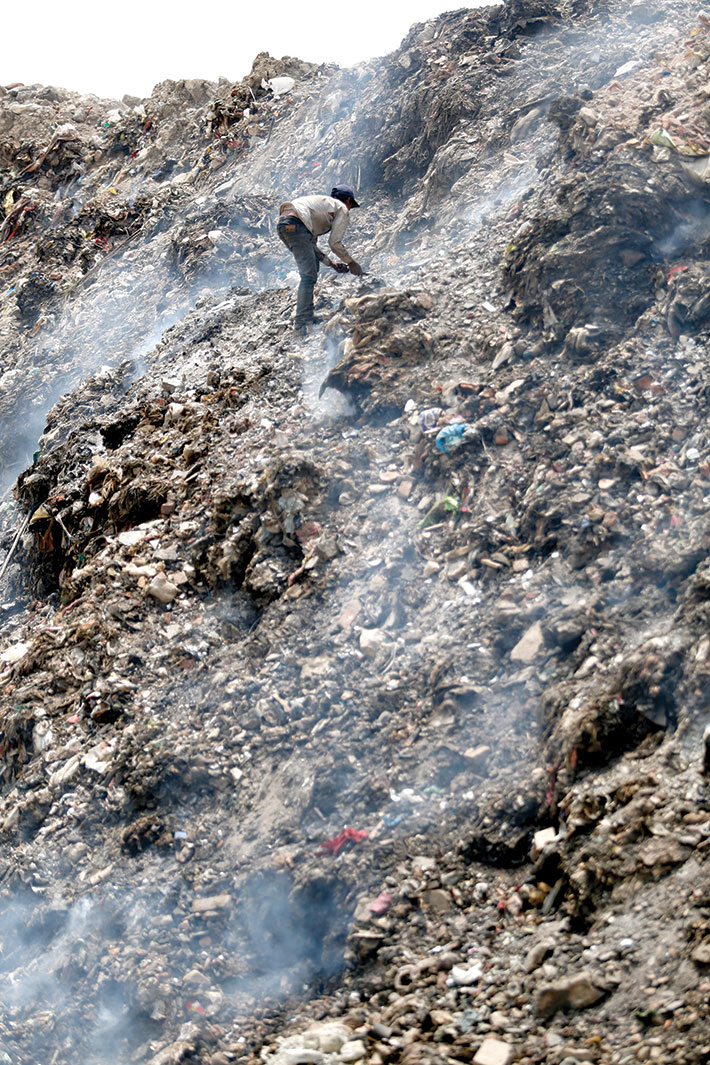