Rajasthan will go to polls soon. Camps are being organised in far-flung villages and hamlets to reach out to people. Capturing the experiences and excitement of these villagers Any mention of Rajasthan evokes many images: the ultimate princely state, the land of grandeur and valour, but also a place where life can be difficult.

The state is going to polls soon. Administrators are busy organising camps in far-flung villages and hamlets to reach out to people and tell them about a variety of welfare initiatives to better their lives.
For villagers this is an opportunity to interact with officials. They turn up at panchayat buildings, primary schools, health centres in their own village or the nearby one and share their experiences with excitement. They talk of exactly how much change has come about in their quotidian lives thanks to government endeavours to improve health and education or agriculture and water supply.
For the photographer, it is an opportunity to capture the varied faces and moods of the citizenry. 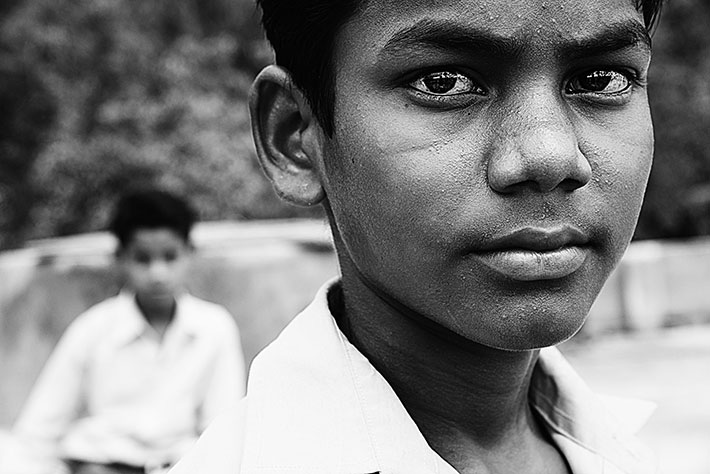 Ajay studies in Class 10. When he was eight, his father set himself on fire, as he was under a heavy debt burden. His mother supports him and his younger brother, by working as a construction labourer. The children’s schooling and medical expenses are taken care of by the state. 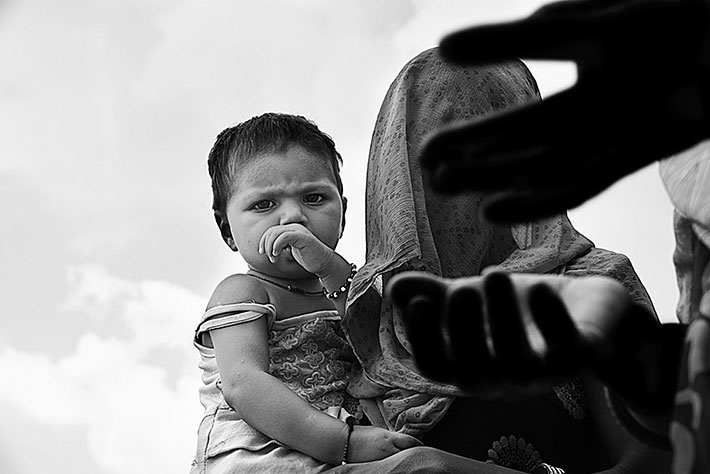 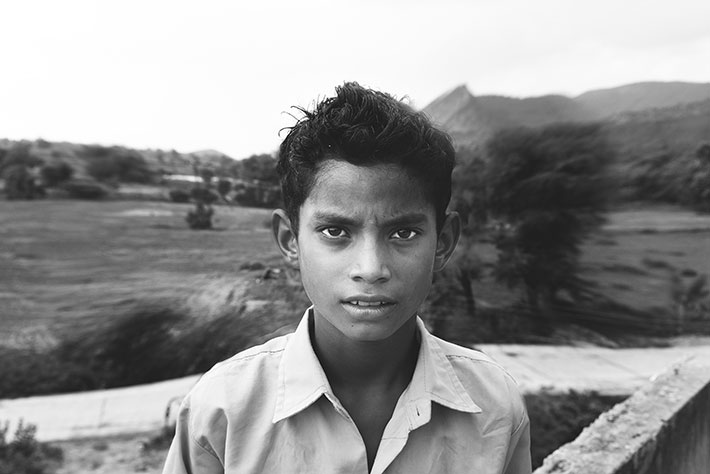 The boy is in a rush. “Today’s my friend’s birthday, and I need to be there before they finish the milk cake.” 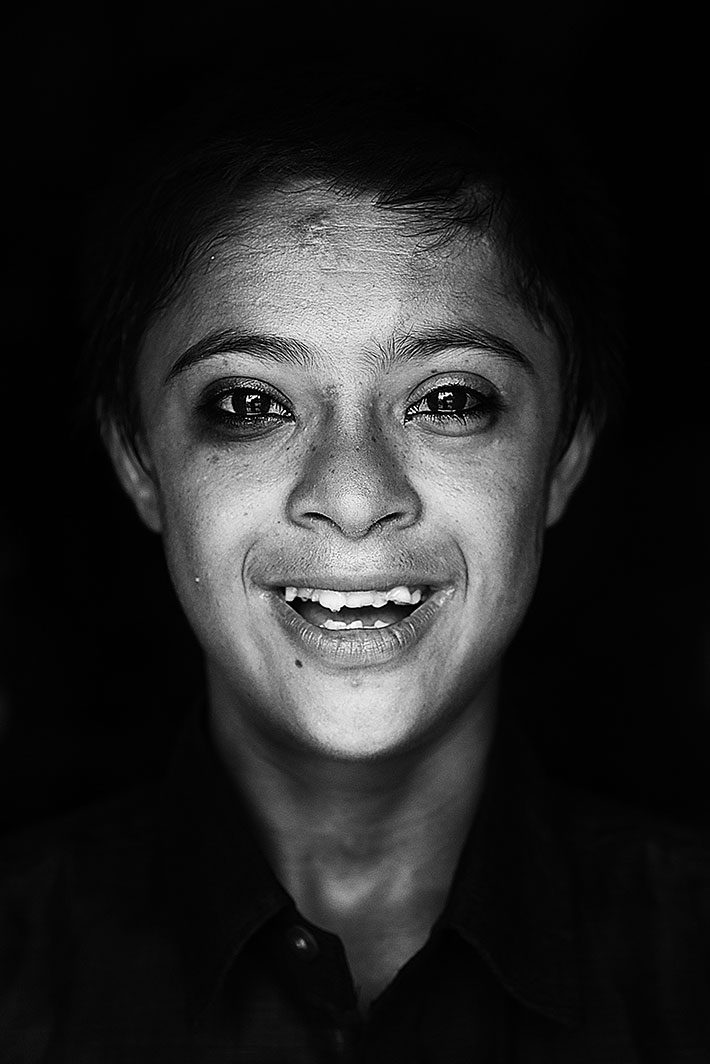 Shiv, 12, lives with his mother, Kanta. His father died when he was still in his mother’s womb. The family is overwhelmed by poverty, hopelessness and the fact that the boy suffers from Down syndrome. He avoids eye contact with strangers, but the camera is not a stranger. 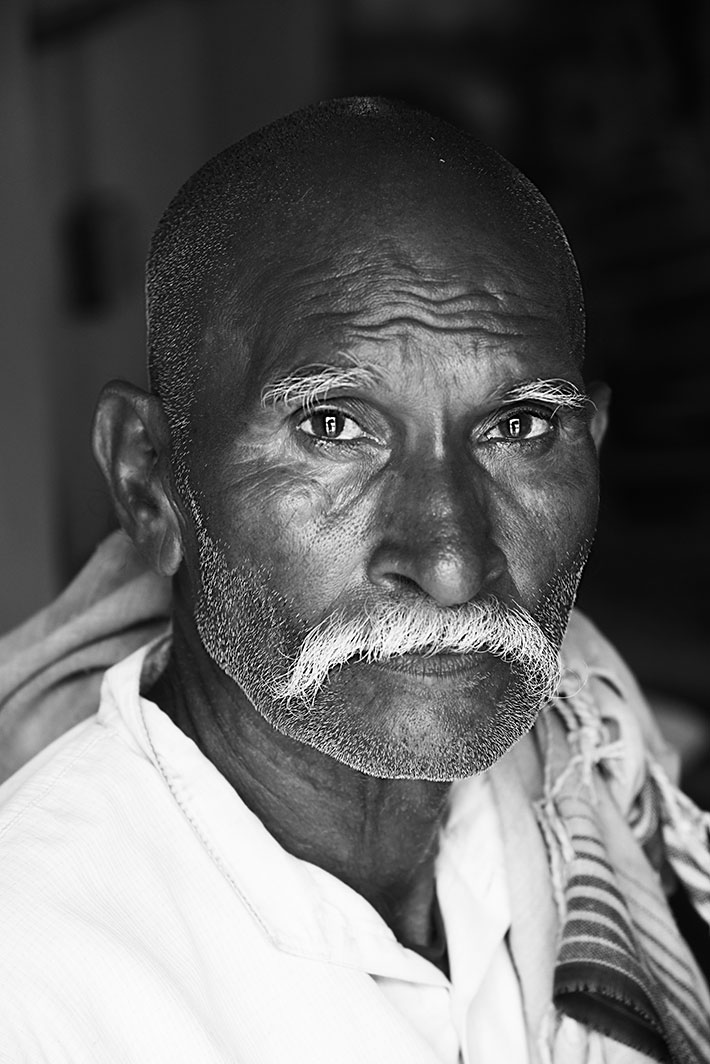 Babu Khan can be the mascot of the welfare state theory. He says he has benefitted from several government schemes, and has everything he needs to survive. 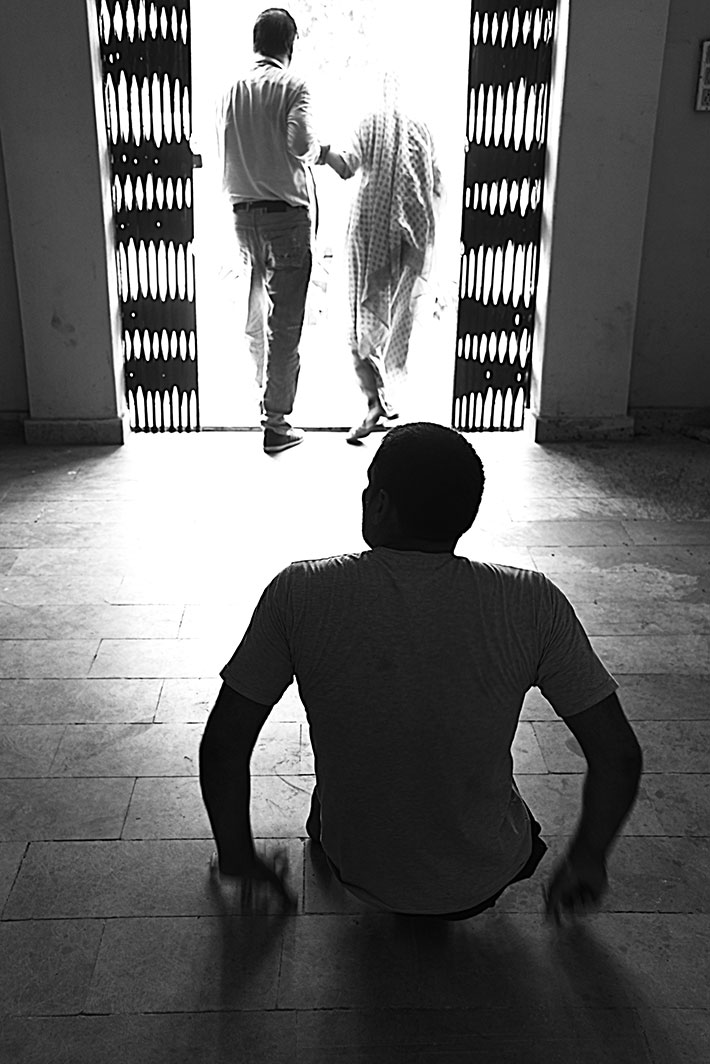 In Bharatpur, the mother-son duo was the last we interacted with at the end of a long morning session. Ugwanti, 85, has recently got a pacemaker placed in her heart and her son, Ramvir, is handicapped since he was a toddler. Ramvir runs a local general store and has a two-wheeler that he has modified himself for his use. 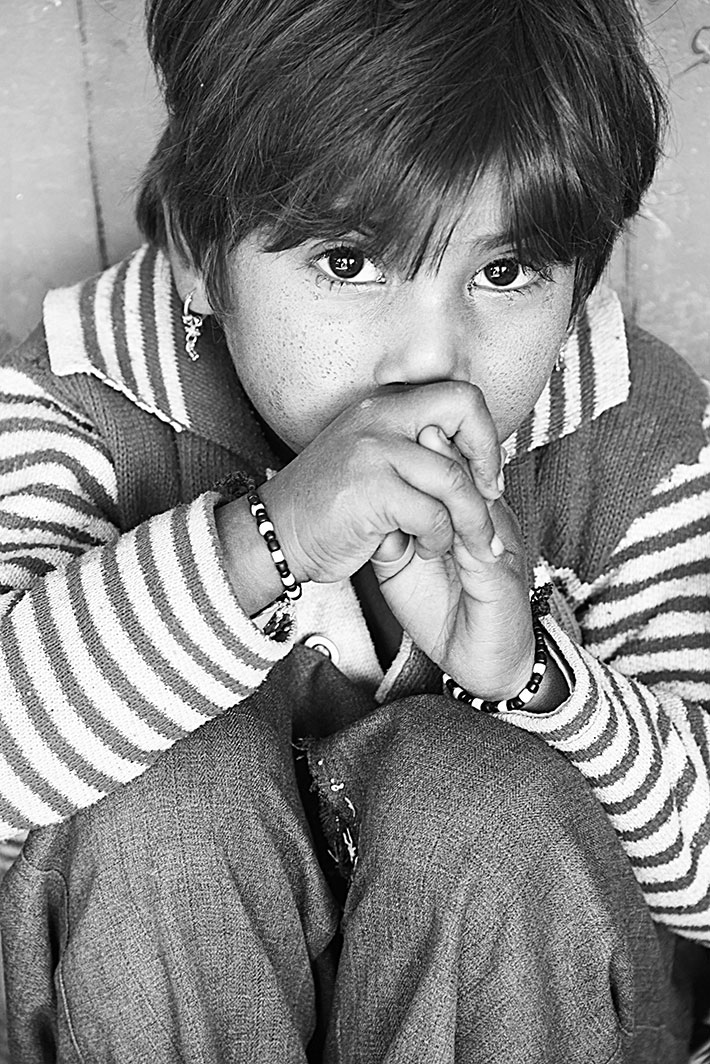 A little girl during her lessons at the anganwadi. 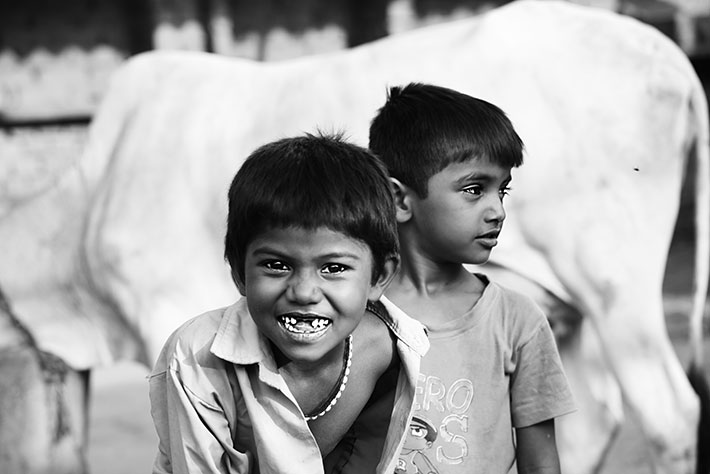 Two kids are fascinated by the visitor’s car. 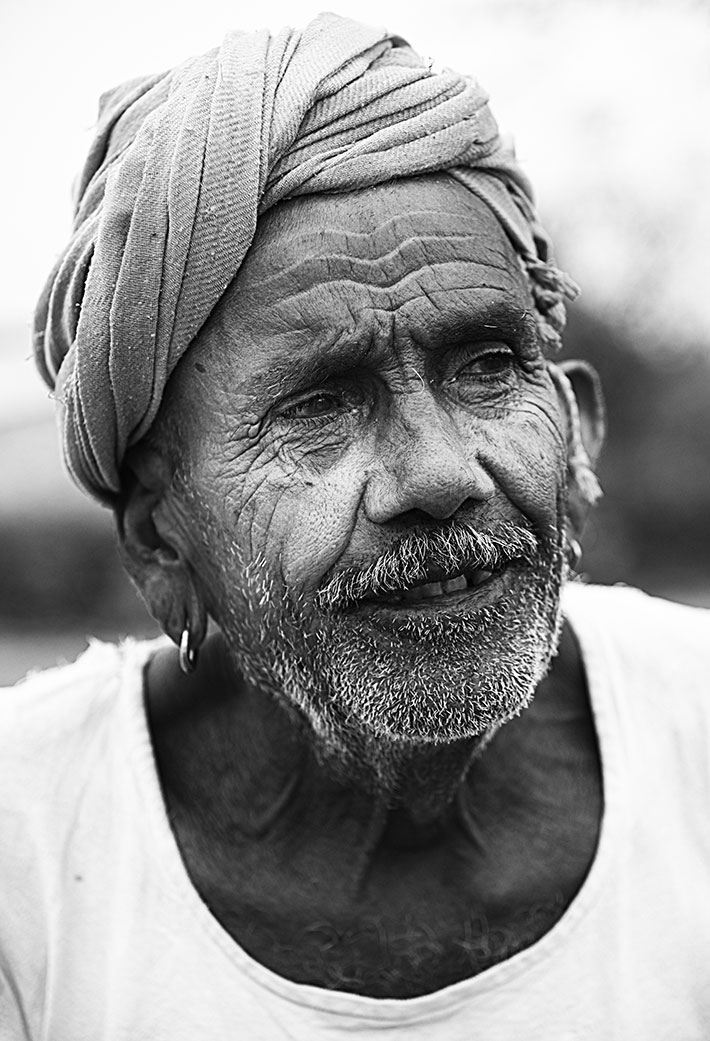 His family has been farming for generations. He has hugely benefitted from the Jal Svavlamban Yojana. 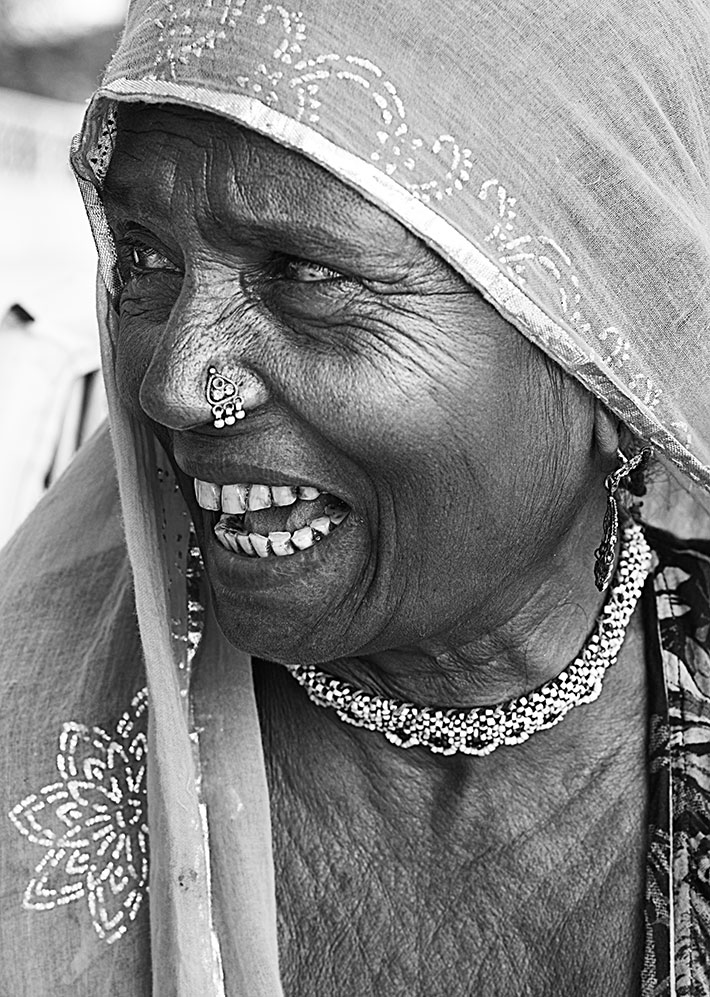 She has no one. No spouse, kids or extended family. But she has tobacco.