The 2019 parliamentary election in India is a humungous affair. This dance of democracy will decide who will lead the next government. Governance Now tries to capture the election spirit through images

The 2019 parliamentary election in India is a humungous affair: about 890 million voters, nearly thrice the population of the United States, many months of planning, over a month of actual voting and a few days of tallying of results. Some seats have more than 150 candidates. This dance of democracy will decide who will lead the next government. More importantly, it will decide whether the people want to give prime minister Narendra Modi, perhaps the most towering political  figure in recent times, a second term.

The Congress is pulling all stops: it has even roped in Priyanka Gandhi, sister of the party president Rahul Gandhi and a purported heir in looks to their grandmother Indira Gandhi, to energise their campaign. On the other hand, if the sales of Modi merchandise (inset photo) is any indication, for the BJP, it’s Modi all the way. Governance Now tries to capture the election spirit through images. 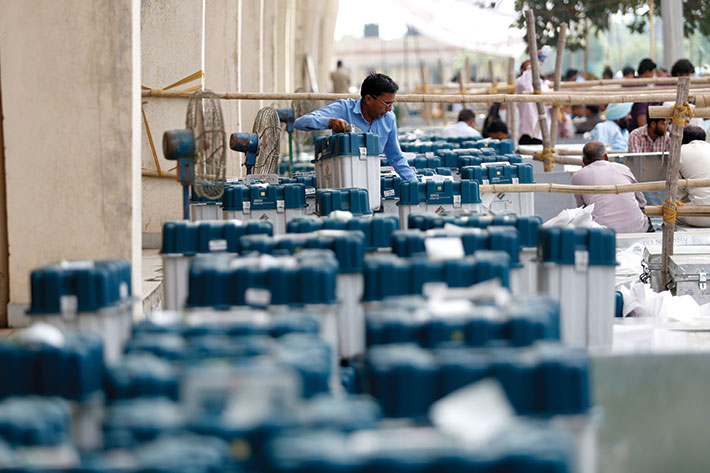 Electronic voting machines have taken much of the pain out of voting and tallying. They have also made elections more secure: first-time voters wouldn’t have heard of booth-capturing. But EVMs need to be primed and tested, especially to obviate chances of electronic rigging.Doing that is an army of personnel, for whom election time is perhaps as taxing as it is for candidates. 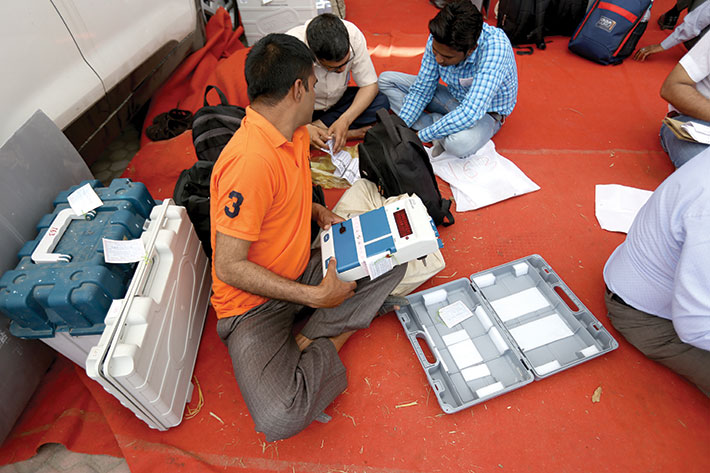 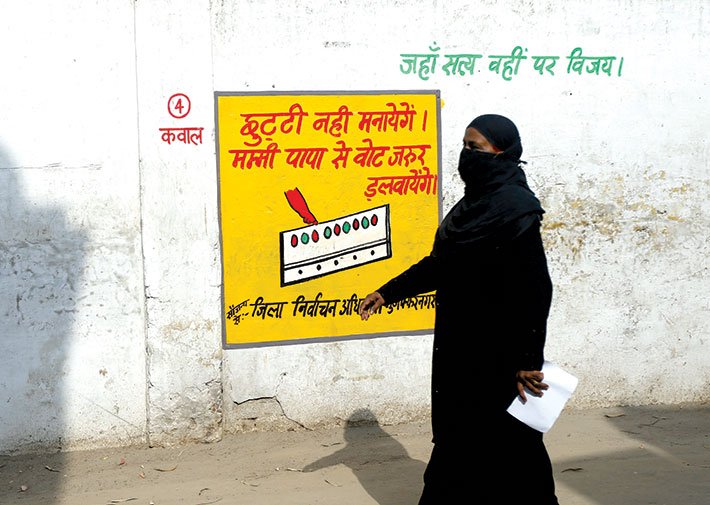 For Muslims in Muzaffarnagar, in western Uttar Pradesh, the 2019 elections are loaded with emotion: the last election, in 2014, which the saffron party had won in a big way, had come in the year after a communal riot from which they were yet to recover fully. Muslim women (left) and (right) a woman veiled against the heat at a polling station in Muzaffarnagar district. 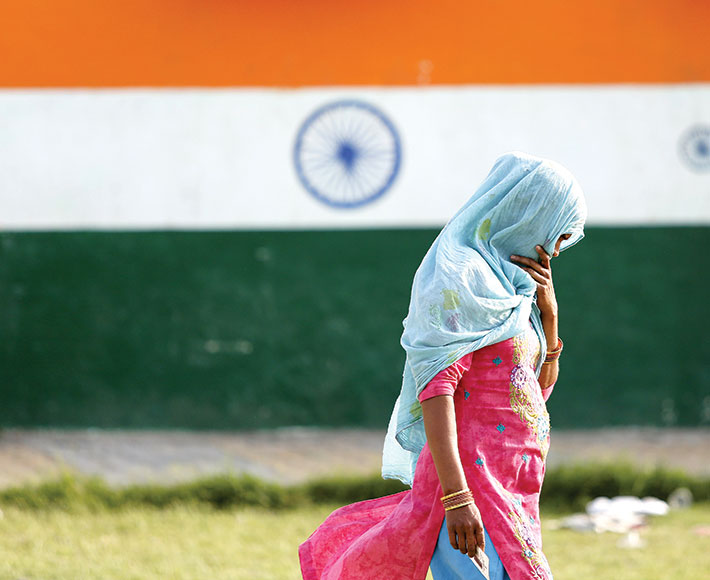