Ground reports from rural agri markets back then had highlighted travails Farmers in several parts of the country are on the warpath. Under stress, they are demanding more support from the government, especially higher MSPs and a loan waiver. But after a year of normal monsoon, and ahead of another normal spell, how come they are under stress? According to the Reserve Bank of India, the culprit is demonetisation.
The prices of agricultural produce had witnessed a drastic fall after the November 8 decision on currency exchange, ruining farmers’ income. “Propelled by significantly higher arrivals in mandis relative to the seasonal pattern, prices of vegetables also fell markedly from July and bottomed out in January 2017, with fire sales during the demonetisation period accentuating the fall,” the central bank noted in its monetary policy statement of June 7.
On top of that, the Monetary Policy Committee (MPC) “noted that incoming data suggest that the transitory effects of demonetisation have lingered on in price formations relating to salient food items, entangled with excess supply conditions with respect to fruits and vegetables, pulses and cereals”.
The bank, however, is hopeful the effect may not persist for long, and “As the year progresses, underlying inflation pressures, especially input costs, wages and imported inflation, will have to be closely and continuously monitored”.
The GDP growth rate for the last quarter of the fiscal 2016-17 (that is, the demonetisation period) tanked to 6.1 percent, the lowest for this government’s term so far. After the CSO data released last week, independent experts blamed it on demonetisation but the government resolutely maintained that other factors were responsible and the growth rate was falling through the year in any case.
When the government was busy hyping the supposed benefits of its bold move and changing its goal posts, it could have instead paid attention to widespread reports of havoc caused by the decision to withdraw about 86 percent cash out of the system. Governance Now, for example, narrated the tales of travails from western Uttar Pradesh. Here is an excerpt from a ground report dated December 30: 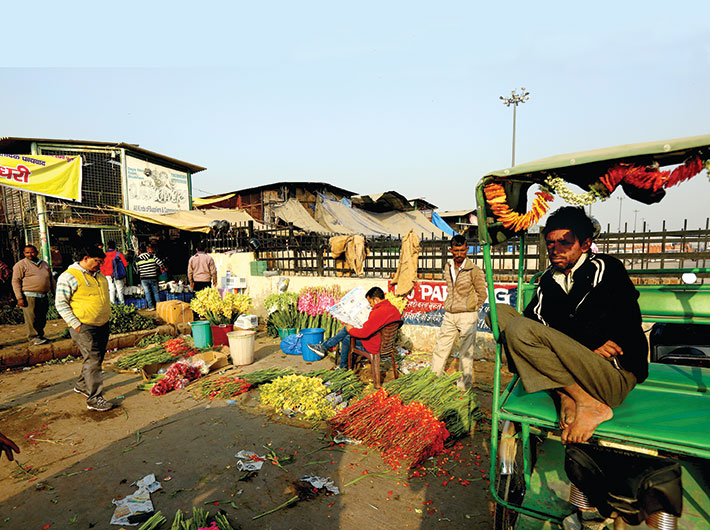 Farmer has no say; his life is controlled by others
In Johra, the landowners are facing the demonetisation aftermath with characteristic stoicism. Jeet Singh Choudhary, a middle-aged farmer, owns 35 bigha (approximately 14 acres) on which his family grows wheat and sugarcane. Two of his sons and their families are dependent on the income from their share of the field, while for his third son, who is in the police, the farm income supplements his earnings from the job. “One of my grandsons is in the army,” Jeet Singh says proudly.
Walking along the tall standing sugarcane crop on his field, Jeet Singh says the “notebandi” had happened when the farmers were getting ready to sow wheat and mustard. They borrowed seeds from one another and bought fertilisers on credit – with the kisan credit cards and from traders – to save whatever little cash they had. “None of us stood outside banks for cash for we had no cash to deposit or withdraw,” he says in a raised voice. “The government does not care about us and the lala (the term used by the farmers for the middlemen, big traders and hoarders who buy their produce) decides the price of our crop,” says Jeet Singh, who finally gives up the pretence of being calm amidst the notebandi turmoil.
However, sarcasm apart, with each passing day, Choudhary and his clan are getting more disturbing news about farmers’ losses due to demonetisation. The prices of vegetables have crashed in the market, as the consumer has no cash, so the demand is low and ultimately it is the farmer who has to bear heavy losses. Jeet Singh makes a prediction: the low prices of agriculture produce would continue till the time comes to harvest the crop and take it to the mandis, around April. “The lalas will make sure that they buy our wheat at throwaway prices,” he sighs.
“The farmer has no say,” says Jeet Singh. “His life is controlled by others – the government and the lala.”
He further explains the situation. “The state government has not paid us our dues for sugarcane for three years and when they pay, it’s a paltry amount which goes into meeting routine expenses and paying interest on loans taken under the kisan credit card,” he says.
When prime minister Narendra Modi was making the demonetisation announcement on television, hectic preparations were going on in two families for the wedding of their daughter. “Marrying off a daughter is treated as a common responsibility by us, so we have to arrange cash for both the families,” says Jouni Choudhary, a polio-stricken man, who is identified as ‘social worker’ by villagers. Jouni says he organised a group of 20 local youth and asked them to stand in queues at various nearby bank branches to withdraw cash. “This is how we helped the two families and saved the villagers from facing an embarrassing situation,” he says.
Unable to make sense of Modi’s demonetisation – its ostensible objective is to weed out black money and strengthen the economy on the whole, villagers wonder how 11 aspirants for sarpanch’s post are able to meet expenses of running their personal vehicles – to seek public support – in Johra and surrounding villages the whole day. “Why doesn’t Modi question them?” asks Jouni.