The bank with usual process like any other bank accepts food grains and donates it to listed beneficiaries. It conducts normal operations of a commercial banks, almost. But it does not deal in cash. This is called ‘Anaj bank.

It collects food grains from donors and gives it to the needy households. The bank issues passbooks, accepts identity cards, have donor’s and recipient’s counters, issue of token numbers, maintains registers and gives account numbers too beside giving a bag to take away the ration.

The unique ‘Anaj Bank’ by Vishal Bharat Sansthan, a NGO working for women and children in eastern Uttar Pradesh, has come up in one of the congested and unpopular lanes of Varanasi. The idea behind the initiative is to save food grains and provide it to poor and under-privileged people.

The bank collected over 600 kg of food grains in first two days of its inception. “We have maintained two kinds of membership, one is donor and other is recipient. While donors get themselves registered voluntarily, recipients are selected based on our survey. Our members are conducting door to door survey of households and making a list of malnourished, poor, underprivileged men, women and children who would be benefitted by the initiative,” informed Rajeev Srivastava founder of the NGO who envisaged the idea of the bank. 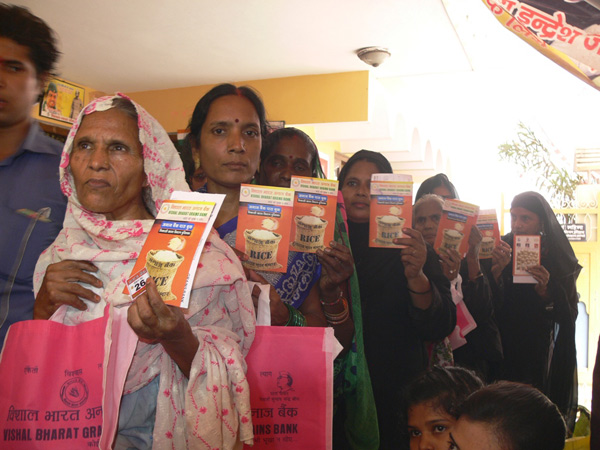 A total of 58 beneficiaries, all women, have been selected by the bank. Out of these, five are divorcee, 13 widows, one abandoned by husband, four homeless and 35 malnourished. To support them each of them will be given 5 kg rice, 1 kg atta and salt every month for a year.  The bank managed to get 23 donors. Any person can become the donor and open his account in the bank depositing 5 kg of food grain.

What came out during the selection of the beneficiaries was that almost all these women turned out to be malnourished or were found raising undernourished kids.  "Most of the women (over 40 years of age) were not even 40 kgs," the NGO said. 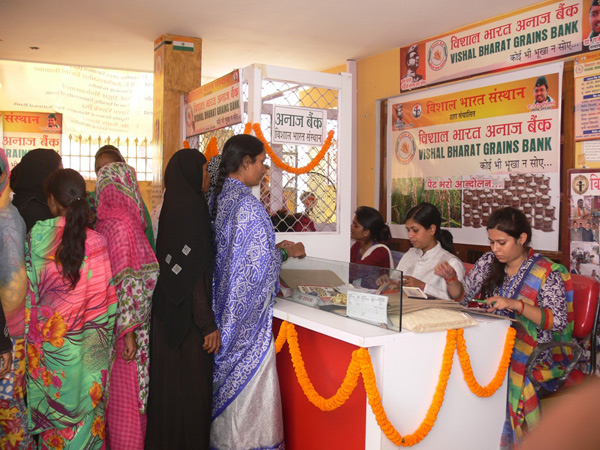 Srivastava, who also teaches at Banaras Hindu University (BHU), further said that the bank would provide assistance to one family for one year (the term can be further extended depending upon the condition of the family), once the situation in the family improves, new beneficiaries will be enrolled.

The bank has sent a request even to the prime minister (who is a member of Parliament from Varanasi) to open his account in the bank.