Kanhaiya, this is not fair: you must thank these people for your stardom Though Jhandewalan sees a rat in this story, JNUSU president Kanhaiya Kumar has become a star of sorts overnight – or over 22 days. With the “freedom” speech on Thursday night, followed by a press conference and a series of TV interviews the next day, he has arrived as a leading spokesperson of the opposition – comparable only with, say, Nitish Kumar and Arvind Kejriwal.

Kanhaiya, however, is yet to show his gratitude to the right people for this celebrity status. Now he should take a break from media interviews and thank the following: 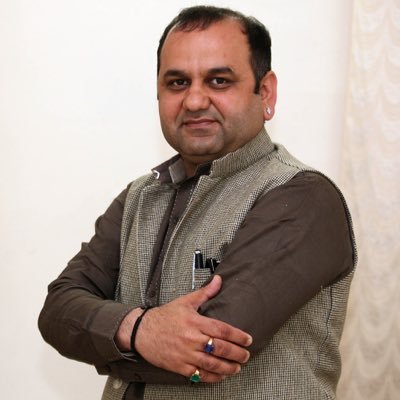 According to Kanhaiya’s comrades in JNUSU, it was Maheish Girri – that’s how the BJP MP from East Delhi spells his name – who escalated the simple manhandling FIR to sedition FIR. But for Girri, it would have been a campus affair to be dealt with, by the Vasant Kunj police station.

Meeting him in person could be difficult for Kanhaiya though: he must be busy doing his bit in the service of Ma Yamuna. He is among those behind the so-called World Festival of Cultures organised by the Art of Living Foundation.

If another BJP man from east Delhi – this Vishwas Nagar MLA – had not given a short lecture-demonstration on the RSS interpretation of ‘nationalism’, many citizens might still have had some confusion about the sedition charge. Beating up a CPI activist, and leading a band of lawyers who beat up media persons and sexually harassed JNU teachers, and by not only owning it all but adding that he was prepared to even kill “anti-nationals”, Sharma helped Kanhaiya more than all the comrades put together. 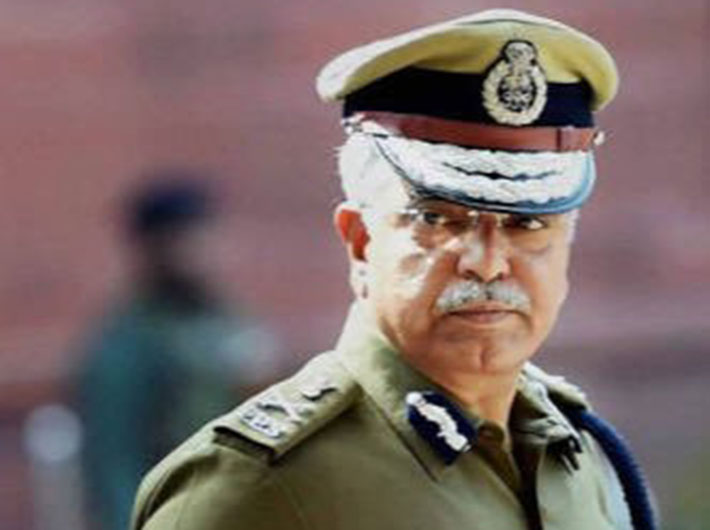 Noted journalist Shekhar Gupta wondered where IPS had hidden this gem all these years that we have come to discover only in the last few weeks of his service. Bassi second-guessed his masters before they could guess themselves and went ahead to press the sedition charge on the basis of video clippings that were obviously doctored. Over the next few days, he was going to say ‘police have evidence against Kanhaiya’, then ‘police don’t have proof against him’, then the logical next step of ‘Kanhaiya must prove his innocence’ and finally the next logical step of withdrawing the previous statement. 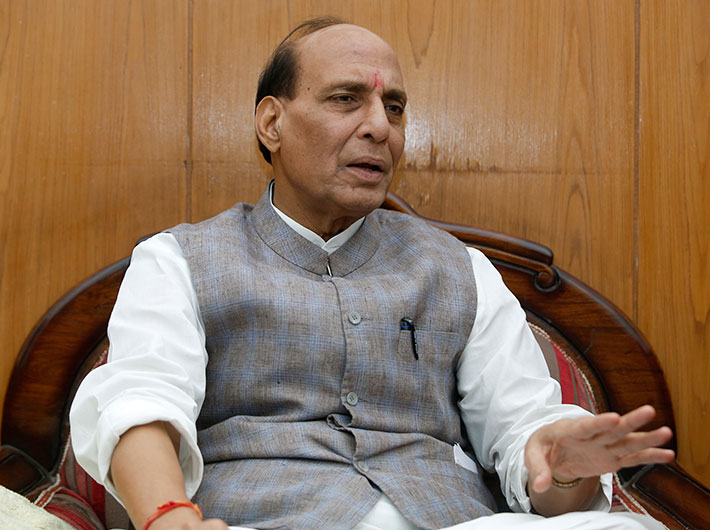 There is no reason for us to panic just because the man in charge of the country’s internal security can’t tell a fake Twitter account from a genuine one. There is again no reason to panic just because he finds intelligence inputs after the goof-up. But for Rajnath Singh’s backing to the ridiculous hypothesis of JuD chief Hafiz Saeed backing JNUSU, this whole episode would have been less black-and-white than it has been. 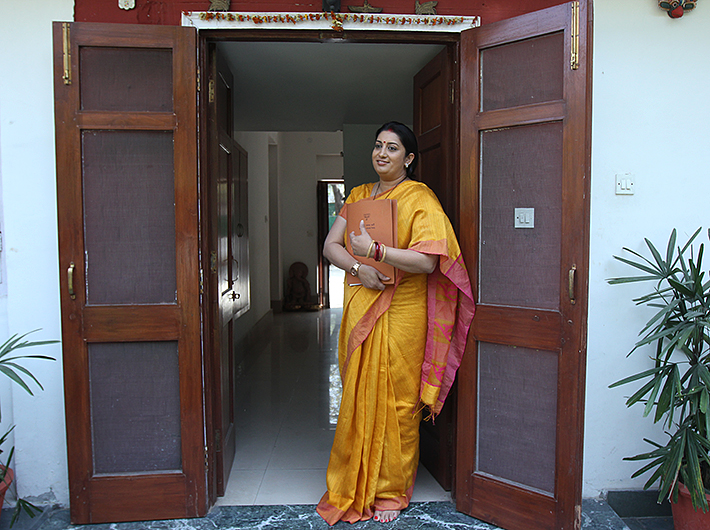 Imagine what if the HRD minister had spoken in the Lok Sabha in calm, temperate tones, sticking only to truth. Then Rohith Vemula’s mother and the Hyderabad doctor would have had no chance of exposing any lies, and there would be little armament to put behind the claim that the RSS – more than any other political formation – has a predilection for throwing a lot of lies hoping some would stick at least in some gullible minds. Irani’s histrionic performance with questionable claims provided the perfect counter to Kanhaiya’s cool voice of reason without any rancor or bitterness despite everything. 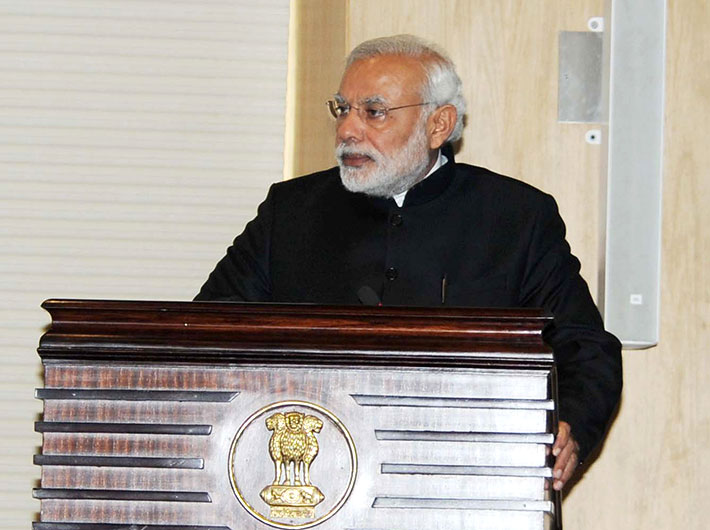 He is not only the all-powerful top leader of the country, but so with a mandate like none else in decades. With that under his belt, the unchallenged leader sets out to deliver ‘development for all, with support of all’. One-third of the term later, forget critics, even the faithful folks feel cheated. But for Modi’s record over 21 months, Kanhaiya’s punches in the speech and interviews would have looked like a comedy show. If a wide variety of people found resonance in the student leader’s words, that is because the top leader’s words find no resonance anywhere. 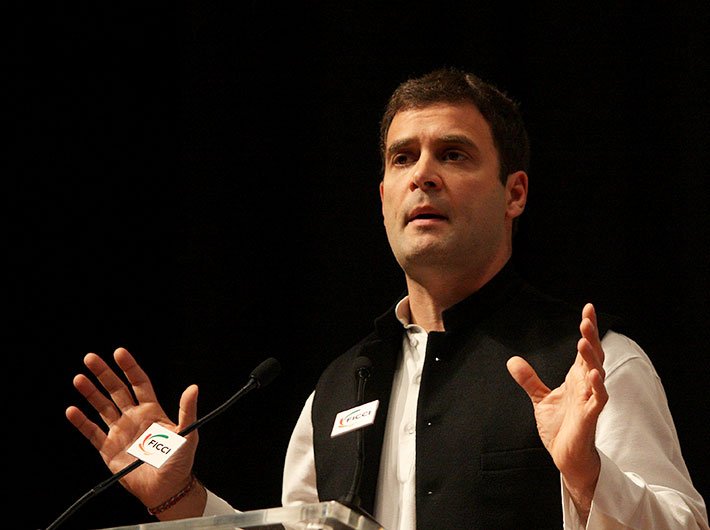 How could a student leader from a numerically speaking very small university capture the opposition space if the top opposition leaders were doing their job 24x7? If a 20-something has arisen to speak on behalf of the youth (or, ok, a section of youth), that is because the 40-something leader is yet to find his feet, his voice, his vision.