The newly appointed General Officer Commanding-in-Chief (GOC in C) of Udhampur based northern command of Indian Army, Lieutenant General Ranbir Singh is likely to have a bumpy ride amidst steady cross border infiltration and unrest in the valley.

An infantry soldier, Lt Gen Singh has replaced Lt Gen Anbu, who has taken the charge of vice chief of the Indian Army. Lt Gen Singh, has a long experience in carrying out counter insurgency operations.

The general had hogged the limelight after announcing the news of Indian Army’s surgical strike in across the Line of Control into Pakistan in September 2016. The government had asked Lt Gen Singh, the then Director General of Military Operations (DGMO), to address the media, against the usual tradition of giving this responsibility to Army’s spokesperson. 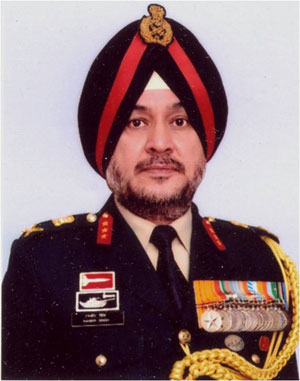 It is learnt that Lt Gen Singh had played a phenomenal role in preparing the blue print of Indian Army’s planned surgical strike operations after Pakistani terrorists sneaked into an Army base of garrison town of Uri and killed 18 soldiers on September 19, 2016. India took it seriously and pledged to avenge the killing of its soldiers. A few days later, Indian Army conducted the surgical strike into PoK and neutralised several of terrorists. Every soldier of the Indian Army’s special force came out unscathed.

The Northern Command consists of three Corps, the XIV, XV, and XVI deployed along the line of control and holds extreme importance because of the J&K and Ladakh region. Indian Army is having six Commands across the nation. The Northern command has experienced a number of high and low intensity operations. The role of Northern Command in countering the most serious challenges like terrorism and proxy war in J&K has been very crucial.

Notwithstanding the fact that the centre has declared a unilateral ceasefire against militants in Jammu & Kashmir during Ramazan, Let Gen Singh has to once again prove that he is best suited for this role.

It is yet to be seen whether the government continues to restrain Indian Army from launching counter insurgency operations. However, the chances are scant.

Over 200 militants have been neutralized by the joint teams of Indian Army, J&K Police and CRPF in counter insurgency operations in 2017 and 2018 beginning. J&K’s director general of police (DGP) S P Vaid had tweeted about this on November 30, 2017.

Lt Gen Singh had commissioned into 9 Dogra regiments in the Indian Army in 1980.