Big turnout in rallies does not indicate voter’s choice; they weigh their option before giving their valuable vote What does the big turnout in the election rallies reflect? For parties it may be show of support. But for voters it is certainly not. 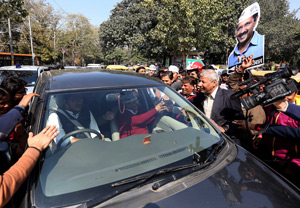 The campaigning for the Delhi assembly elections scheduled for February 7 is over. But the poll fever is still high. And what can be a better place to judge that than the metro, the pride of modern Delhi.

On Friday morning I boarded the general coach of the metro. A group of five men were discussing Delhi elections, political parties and speculating on the results as others listened with interest.

Each had their party preference and for different reasons. They seemed to have weighed available options and settled for one, in a knowledgeable conclusion.

Many political leaders have been boasting about how their parties have an edge as they have had crowds at election rallies and road shows. But for people like Akash working with an MNC in Noida, the ground facts matter and not number of people. 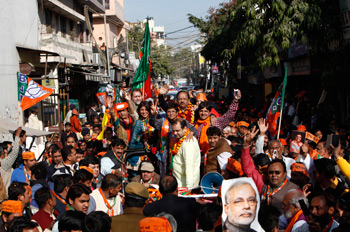 Akash said he had voted for Narendra Modi as the prime minister in the Lok Sabha elections and still admires him. However, Modi’s talks in rallies now do not make any sense. “He thinks we are fool. We do not know the reality? How the petrol prices have come down? How can he take the credit for that? Voters are not illiterate.” For Akash issues are entirely different in the state assembly elections and they cannot be confused with issues of national interest.

Two men, in their later 40s working with the central government, favoured Congress over other parties. They said Shiela Dikshit’s work in the national capital is visible all around and it cannot be debated. Disagreeing with the prime minister’s claim that no development had taken place in Delhi, one of them said, “certainly a lot more can be done. But one cannot deny the development that has happened. We have metro, good DTC buses and flyovers. You think about Delhi without all this. And also the level of pollution has decreased.”

While opinion polls give clear mandate to different parties, they cannot be complacent about their victory. 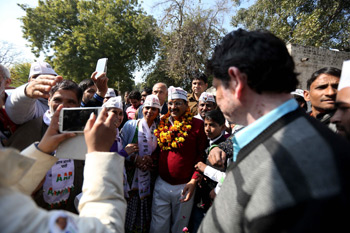 Rohit, who works with the same company as Akash, is a BJP supporter. But he is disappointed with its chief ministerial candidate. Referring to a video clip being circulated on WhatsApp, a combo of various TV interviews given by Kiran Bedi, Rohit says, “We have heard stories about her being a strong police officer, but she is unable to reply to any of the question.” He, though, was apprehensive about Arvind Kejriwal led AAP as well.

One strong supporter of AAP said that even if it wins and forms the government, it would not be an easy ride for Kejriwal due to high expectations and BJP government at the centre.

Whatever is the outcome on February 10, the political parties should remember that a common man in Delhi is well-informed, educated and has access to various social media, and thinks before voting.