What Ramayan and Mahabharat teach us about modern times A morning in Banaras: The ancient city that has witnessed passage of time from the era of epics to our time (Photo: Ashish Mehta)

When I was a young child, I used to read the Panchtantra and the English stories and fairy tales. They taught me many things, like never to speak to strangers, never to trust anybody blindly, always help the needy and the weak. I became aware of many moralistic and positive traits from these stories. But the stories from which I learnt the absolute righteous way of life was from our great epics, the Ramayan and the Mahabharat. There are many other great Hindu epics, which guide us through an amalgamation of values and ideologies for a perfect life. The most read, followed and the most popular of these epics are the Ramayan and the Mahabharat.

An epic is a drawn out and enduring composition which focuses on a hero or more than one hero, who performs great deeds and sets examples for others to follow. Their performances are such that they are relevant even today and we still learn from their exemplary behaviours. Though these are Hindu epics, they are so interesting, humane, and virtuous that anybody can follow them.

The Ramayan was written in ancient Sanskrit by sage Valmiki thousands of years ago, even before Bhagwan Ram was born in his avatar of Ram on this Earth. The Mahabharat too was written in Sanskrit by the sage Ved Vyasa. It has more than seventy-four thousand verses and is divided into eighteen books.It is the longest epic written in the Sanskrit language. The teachings of the Ramayan and the Mahabharat are relevant even today.

I shall begin with the virtues and teachings of the Ramayan first. Because of paucity of space, I will not be able to highlight all the great principles of the Ramayan, but I will try to emphasize a few points which can be easily followed in the present times if one adheres to them. It inspires us to be ideal in all our relationships. In other words, it teaches us to follow our dharma.

1.    “Raghukulreeti sada chali aayee, pran jaaye par vachanna jaaye.” This means that in the great dynasty to which Ram belonged, Word was everything. One should rather die than break his promise.Dashrath was the king of Ayodhya and his third wife was Kaikeyi. He had given her two boons when she had saved his life in a war. Kaikeyi used these two boons when Ram was to be coronated. She not only compelled Dashrath to coronate her own son Bharat but to banish Ram for fourteen years. Even though Raja Dashrath did not want to grant these two boons, he had to do it. Ram too upheld his father’s vow and went to the jungle with his wife Sita and brother Laxman.

2.    The bonding of brothers: One of the greatest teachings of the Ramayan is the bonding between all the brothers of Bhagwan Ram. Laxman left everything to go with him. Bharat did not accept the throne, hence Shatrughan had to rule Ayodhya by default. We can learn from Bharat the fact that he knew the exact difference between right and wrong. Hence when his mother gifted him the kingdom of Ayodhya, he shunned it because it was procured through wrongful means.

3.    In this Kalyug, it is almost impossible to differentiate between good and bad. Bad advice and false promises are to be found at every corner. Kaikeyi too fell a victim of the poisonous advice of her wicked maid Manthara. The rest as we know was a complete disaster. The need of the hour is to recognize the kind of well-wishers that we have.

4.    Standing up for the weak. Bhagwan always stood up and fought for the weak. Ahilya is one such example. Bhagwan Ram’s life is laden with defense of the weak and extermination of the evil. One of the main reasons that such epics are of utmost importance in the Kalyug is that they remind us of our rich and idealistic heritage and compel us to follow in the footsteps of our Gods.

The Mahabharat too imparts nuggets of wisdom which are even more relevant today. Though each nugget of wisdom in Mahabharat is more exemplary than the other, the best can be said to be what Krishna taught Arjun when he hesitated to kill his own kinsmen. Krishna told Arjun to fight for what is right, even if it means sacrificing his own people.

Another insight about life which the Mahabharat gives us is that greed and revenge will only lead to one’s destruction.That is what happened to the kingdom of the Kauravas and that is what is happening in the present times in this Kaliyug. Since this is Kalyug, instead of learning from our ancient texts, we imbibe these bad qualities and propagate them too.

Many a times we have come across strutting around, brimming with over confidence and knowledge. But when the time of reckoning come, they fall like a deflated balloon. Abhimanyu, one of the greatest warriors and Arjun’s son, paid with his life when he entered the chakravyuha but did not know how to get out of it.

Addiction and greed in the most volatile and dangerous combination that we can come across. So much so that dharmraj Yudhishthira lost everything in gambling with the Kauravas. He even staked his wife Draupadi and lost her to the Kauravas. This led to the great war of Mahabharat, in which innumerable lives were lost and misery abounded in both the clans.

There are some great moments too in the epics which teach us the importance of human relationship. For instance, the great bond between Krishna and Arjuna. We all know that if it had not been for Krishna’s guidance, the Pandavas may not have won the Mahabharat war. Another instance of great friendship is between Karna and Duryodhan and Krishna and Sudama.

Woman power should never be underestimated. Nobody can blame Draupadi. Because of the travesty of relationships, she had to be the wife of five men. It was Draupadi who was so grossly humiliated by the Kauravas. The initiator of this was her husband Yudhishthira. Her husbands watched helplessly while she was being disrobed. But it was Draupadi who ordered the war between the Kauravas and the Pandavas, by ordering her husbands to destroy every member of the Kuru clan. And the great war of Mahabharat began, in which no one from the Kauravas was spared. Even the Pandavas who were from the same clan were not spared. 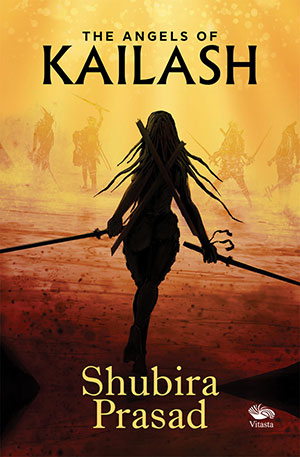 These are innumerable instances from our great epics, which teach us the right way to respond to any crisis and to emulate the better aspect of life from these ancient texts. We are at the lowest ebb of life in the Kalyug. By introspection and emulation of these great teachings, we may just be able to salvage our souls.