Why data is the new oil

A ‘Vajan Tyohar’ workshop being held for Talasari block. Photos: Digvijay B Shinde

What gets measured gets improved.” These words were said by the great management guru Peter Drucker decades ago. But they are relevant even today. Data has emerged as the new oil in this era. From Facebook to Google and Amazon to Zomato, every single firm is cashing on this information.

Data collection and its analysis have the power to change the face of the world. India has vast amounts of data, but the country lags behind in harvesting its true potential. In July 2017, union health secretary CK Mishra acknowledged serious problems with India’s public health statistics. Former RBI governor D Subbarao too admitted that monetary policy decisions often go astray because of erroneous data provided by the government. Lack of credible surveys and figures hinder in measuring the magnitude of socio-economic problems.

For example, many philanthropic efforts have been stalled in the severely malnourished belt of Palghar district in Maharashtra because of lack of data. The district doesn’t have a consolidated data on malnutrition or an inventory of various organisations working in the field. This has posed challenges to the stakeholder agencies working in the area.

Also, when a donor from Sangli district in Maharashtra wanted to distribute 1.5 tonne of grain, the district administration had no available network to guide him. In another case, after an organisation distributed Spirulina-rich (a high source of protein) laddoos in anganwadis, it came to know that the village did not have any malnourished children.

“This could have been avoided as the children were healthy and the intervention could have been better directed. We have seen organisations distributing LCD TVs to anganwadis that do not have electricity,” says Digvijay Bendrikar Shinde, UNICEF research fellow and district coordinator, social transformation cell, zilla parishad of Palghar.

He adds: “To guide, complement and equitably distribute such activities the CEO of Palghar, Milind Borikar, wanted to create a framework using data. The work on this framework started about nine months ago.”

Real-time evidence-based data is needed for institutions like Larsen and Toubro Public Charitable Trust (LTPCT), working in Talasari block of Palghar, to have a deeper understanding of the challenges around malnutrition and early childhood education.

An initiative to emulate

In 2017, to address these issues, a low-cost pilot project was conducted in collaboration with the Centre for Technology Alternatives for Rural Areas (CTARA) IIT-B, the Talasiri unit of Integrated Child Development Services (ICDS), the zilla parishad and other civil society institutions.

The project was aimed at gathering real-time data of malnutrition and was instituted using the Chhattisgarh model of ‘Vajan Tyohar’. For the first time, NSS students were involved in gathering data.

“ICDS data was available, but there were issues of quality, reliability, etc. The district-wise data by the National Family Health Survey (NFHS-4) was available for the undivided Thane. In August 2014, Palghar district was carved out of Thane district. So the need of the hour was to look at Palghar data alone. We did not have separate data for Palghar and Thane,” says Satish B Agnihotri, former cabinet secretary and professor, CTARA IIT-B. 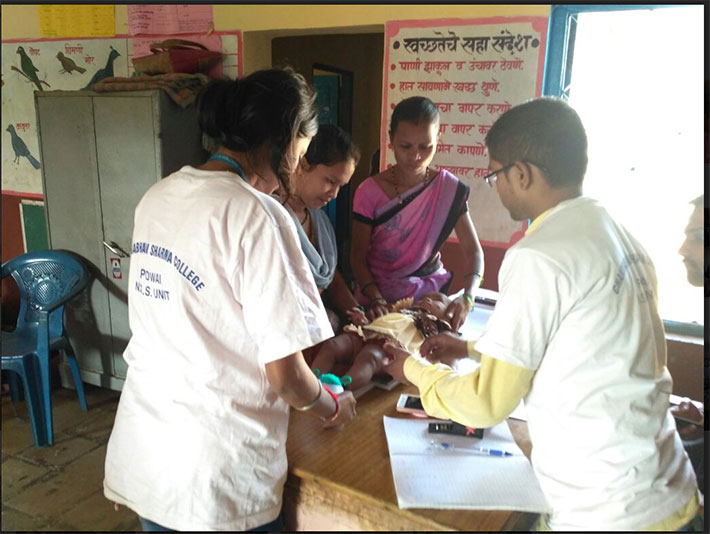 The big question that loomed was how to get reliable data for clusters affected with malnutrition in Palghar. By identifying areas with low malnutrition one could learn from them. For example, if there is a poor household with a malnourished child then one can check if that household has worked 100 days under the Mahatma Gandhi National Rural Employment Gurantee Act (MGNREGA). “If the household has worked under MGNREGA then it has money, which can be utilised to address malnutrition.

One can also see if the family is getting their ration on time. In such cases, one can do household- or cluster-specific interventions. Keeping these things in mind we decided to do a cross-check on the lines of VajanTyohar model,” adds Agnihotri.

A child’s anthropometric data provides information on prevalence and severity of malnutrition. This includes weight, height and middle upper arm circumference (MUAC) of each child. Based on this, three burdens of under-nutrition – underweight (weight for age), wasting (height for height) and stunting (height for age) – are calculated.

“The data can be visualised on a map to find hotspots of malnutrition. Additionally, this data can be overlapped with the data from the government and NGOs to find suitable local interventions for tackling under nutrition. The child-wise data collected will act like a map to show where the focus is needed. Combining this data with other departments’ data can help in understanding how interventions can be done,” explains Shinde, who also coordinated the project.

In December 2017, 55 students from the Chandrabhan Sharma College of Science and Commerce, Powai, trained under UNICEF guidelines, surveyed anganwadis of Talasari block to collect child-wise (0-6 years) anthropometric data. Using KoBo Toolbox software, the survey took stock of the basic infrastructure of anganwadis and their geolocations to analyse the severity and prevalence of under-nutrition. In this way specific interventions for the Talasari block were devised. This was also the first time that app-based data was collected.

The project covered almost half of Talasari, i.e., 124 anganwadis having more than 4,500 children, including all frontline and supervisory level health workers. 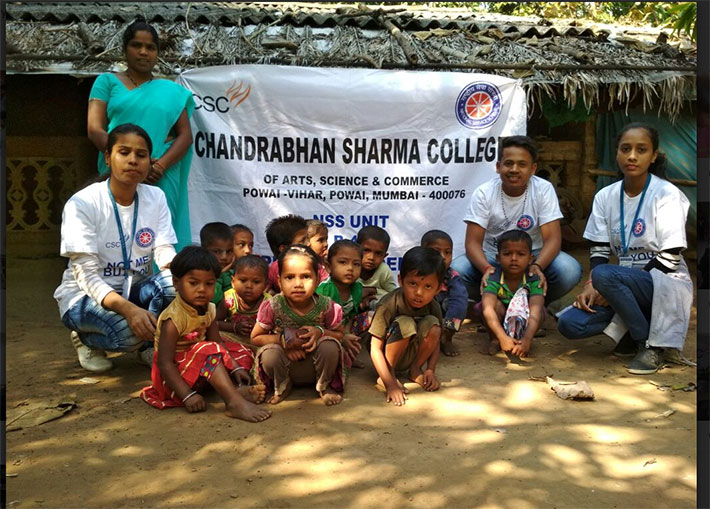 Involving college students proved to be a beneficial step as they were more educated than the frontline workers who collect and
feed data into the system under the existing system.

“The current education system is not making students aware of the socioeconomic and developmental challenges faced by almost 80 percent of our population. By involving a university a commitment was brought into the interventions. Students can be trained to collect similar type of large-scale, evidence-based data as part of their college projects. Such exercises create awareness among students about social problems,” says Shinde.

Now, there is no mandate to collect child-wise anthropometric data at taluka or district level. Only data regarding the number of malnourished children is consolidated. In some cases, even if child anthropometric data is collected, it does not go beyond anganwadis.

“An anganwadi sevika, who is already overburdened with work, finds it difficult to gather all children and weigh them. As a result, in the absence of accurate data the real face of malnutrition remains hidden and the proportion of undernourished children to that of normal children in an anganwadi is never really looked into,” says Shinde.

Agrees an official associated with the project: “We fail in real-time reporting of last-mile infrastructure upgradation as data required for it is not collected. Gaps in data collection often results in fudging of the outcome. Moreover, improper filtering of data does not allow a targeted approach to address a particular problem. In cases where the owner of data is also the policymaker, the data mostly gets fudged.

“In tackling malnutrition, nobody was addressing where the shoe pinches,” adds the official.

“Our experience in Talasari was very good. Within no time we could assist 124 anganwadis and reach out to more than 4,500 children. This exercise has opened our eyes and the government too is happy. Data collection, management, analysis and using data for evidence-based programming are big issues today. The government can use such innovative projects for water, health and social sectors where third parties can collect data for them and train new talent. When policymakers and students work as partners, using ground resources for data gathering, analysis and evidence-based planning, it will create an element of fear among those who fudge data,” says Shinde.

A professional survey would cost a couple of lakhs, whereas the pilot project was done at a nominal cost and its results were quite accurate. “It should be done this way and scaled up further,” says Agnihotri.
The data collected by the pilot project has been shared with the district administration, which will further take a call to carry out this exercise in the entire district.

Arun Jadhav, child development project officer (CDPO), Talasari, says, “Apart from giving knowledge on social issues such exercises also generate awareness on various government schemes. Besides our ongoing work in anganwadis this has increased our consciousness on requirements of anganwadis and we are now thinking of expanding this exercise to the entire Palghar [district].”